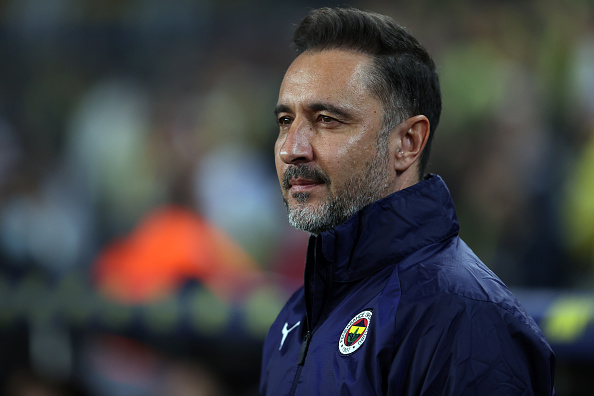 Vitor Pereira looks set to become the latest Premier League manager with Everton closing in on appointing him.

Following the sacking of Rafa Benitez, Everton have been searching for a new manager to take them forward with Portuguese chief Pereira at the top of the list of potential candidates.

A free agent after being sacked by Turkish side Fenerbahce in December, the 53-year-old has emerged as the favourite to move to Goodison Park, however this isn’t the first time that his name has cropped up in a top-flight managerial search.

So what do we know about Pereira? Here’s a look at the man on Everton’s radar…

A man destined for management

Born in Espinho, Portugal in 1968, Pereira enjoyed football from a young age and played at amateur level, however he retired at the age of 28 to focus on his career in coaching and management.

Pereira spent eight years managing in the lower leagues in Portugal, as well as coaching the junior team at FC Porto during two spells.

After narrowly missing out on promotion to the Primeira Liga with Santa Clara, he was appointed as assistant manager to Andre Villas-Boas with Porto’s senior side.

And after just a year as his number two, Pereira was appointed as head coach following Chelsea’s decision to sign Villas-Boas in 2011, winning back-to-back league titles in his two years in charge of the club.

Spells with Al Ahli and Olympiacos followed before a first spell with Fenerbahce that ended in acrimonious fashion, with his dismissal being taken to the Court Of Arbitration For Sport.

After a brief spell with 1860 Munich, Pereira joined Shanghai SIPG in December 2017.

He spent three years with the club and won their first ever league title in 2018, before leaving after three years in charge.

Pereira’s latest role started last summer as he was appointed as Fenerbahce boss for a second time, however his time ended prematurely again as he was sacked in December 2021.

Playing on the front foot

Every manager has their own philosophy when it comes to tactics, but Pereira undoubtedly falls into the category of being a progressive, attacking coach.

With a proven track record in winning titles, the Portuguese coach is renowned for playing an expansive style that is based on overloading the opposition and dominating possession.

During his time at Fenerbache, Pereira notably used a 3-4-2-1 formation and managed to score an impressive 41 goals in 25 matches, despite ending his reign in fifth position in the table.

While Pereira has secured three league titles during his career to date, there’s also been a number of fallouts along the way.

During his time at Porto, he attracted criticism for benching James Rodriguez in both legs of a crucial Champions League clash against Malaga, a tie that saw them dumped out of the competition.

Rodriguez expressed his disappointment at being named on the bench, something that didn’t go down well with fans either given that the Colombian was undoubtedly their star man.

A similar incident then occurred with Fenerbahce, this time involving Mesut Ozil.

The former Arsenal man was initially full of praise of Pereira’s man management skills, however that all changed not long after.

Following Pereira’s decision to leave Ozil on the bench in a league clash with Kasimpasa, the German playmaker took exception to the decision and threw a bib at the head coach after growing frustrated at his lack of match action.

Pereira isn’t a new name when it comes to managers being linked with a move to the Premier League.

The Portuguese coach held talks with Arsenal over the vacant job following the decision to sack Unai Emery, while also being on Chelsea’s shortlist before appointing Frank Lampard in 2019.

However it’s Everton who have been following his progress most closely in recent years.

He then interviewed for the role again in 2019 before the appointment of Carlo Ancelotti, pulling out of the process due to his commitment to his role with Shanghai SIPG, saying: “It’s an honour and I’m grateful to be considered by a club I have so much respect for but I am still coach of SIPG and SIPG is a club close to my heart.

“It means that in this moment I’m not in a position to make any other commitments.

“I need time to think and plan my future by looking at the options I have.”

Everton’s long-running interest in Pereira might finally be about to pay off.

Following the dismissal of Benitez, the 53-year-old has been heavily linked with the job at Goodison Park.

talkSPORT understands that the Portuguese boss is the frontrunner for the job, and while other candidates are also being considered, it’s clear that Pereira is someone that is highly rated by the Toffees’ hierarchy.

Given his track record, there’s plenty for the club to consider if they’re going to make a move.