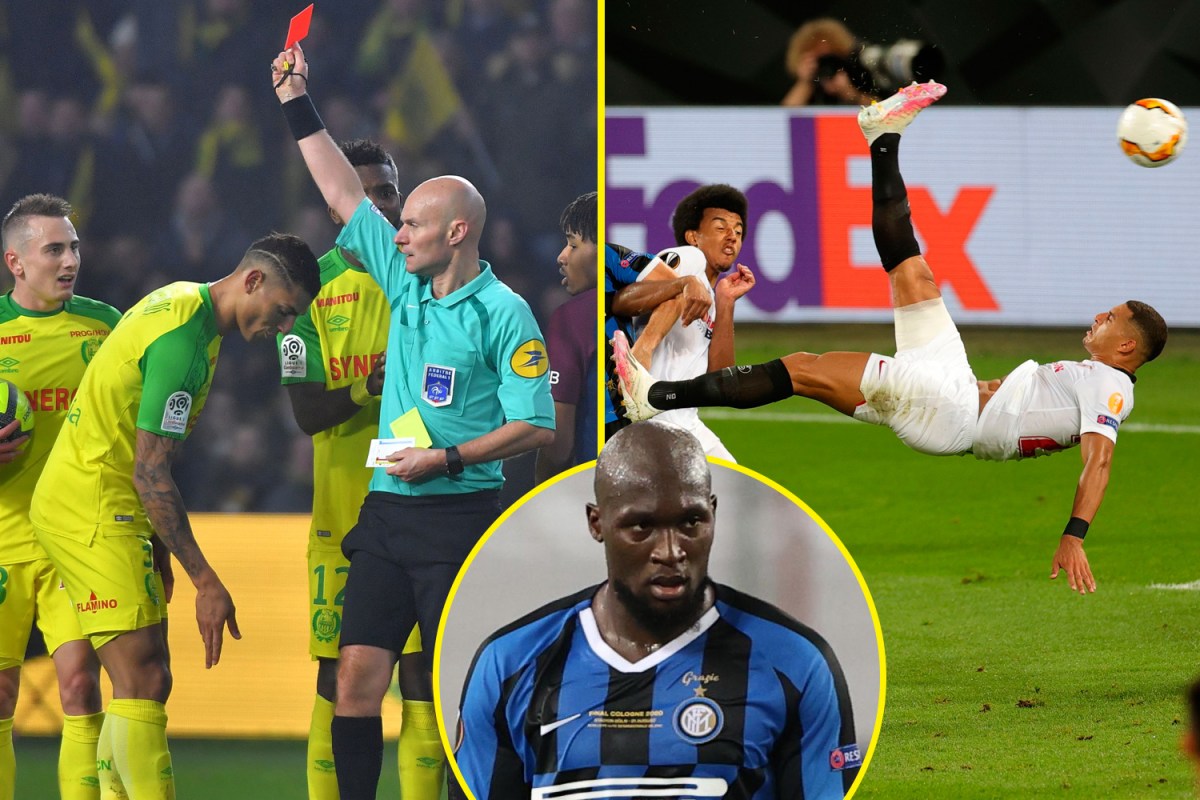 Newcastle believe they are close to completing a swoop for Sevilla defender Diego Carlos after a protracted chase, talkSPORT understands.

The Magpies saw a recent £25million bid for the Brazil defender rejected, with the LaLiga club insisting their asking price is significantly higher.

But Carlos has forced Sevilla’s hand by pushing for the move and Newcastle have since upped their offer to £30m.

The 28-year-old has established a fearsome reputation as a no-nonsense enforcer since arriving in Europe since 2014 when he pitched up at Estoril in Portugal.

After a loan spell at Porto’s B team and then a full season in the first-team, French side Nantes swooped for the imposing and strong, but positionally aware, defender picking him up for £1.8m.

He excelled in Ligue 1 but Carlos was involved in one of the most bizarre incidents in football history during his time in France.

The defender was given his marching orders after he was kicked by a referee during a match between Nantes and Paris Saint-Germain in 2018.

With PSG 1-0 up and looking to double their lead through Kylian Mbappe, Carlos was caught in an innocent tangle of legs with match official Tony Chapron.

Referee Chapron hit the deck and bizarrely swung a boot at the Nantes star before then showing his a second yellow card.

The club’s chairman Waldemar Kita claimed the decision was ‘scandalous’ while then-coach Claudio Ranieri added: “I have never seen anything like it.”

In case you somehow missed it last night, here’s referee Tony Chapron kicking out at Diego Carlos and then sending the Nantes player off… 😳 pic.twitter.com/r8zXIk3dK2

Carlos’ suspension was later overturned while Chapron publicly apologised but was handed a six-month ban of his own for which he later retired.

Carlos recovered well, and he was snapped up by Sevilla for just £13.5m as part of Monchi and Julen Lopetegui’s rebuild at the club in 2019.

His reputation has skyrocketed during his time in LaLiga, thanks to his dominant displays alongside Chelsea target Jules Kounde.

A combative and strong centre-back, Carlos is happy to use his significant muscle to ease opponents off the ball.

He battles well in the air and is comfortable with both feet, despite being a right-footer playing on the left side of defence.

But Carlos can dive into a tackle evidenced by the unwanted penalty record he accumulated during Sevilla’s 2019–20 Europa League triumph.

He conceded spot-kicks in both the quarter-final and semi-final to Wolves and Man United respectively while also one to Inter Milan in the final itself.

Yet Carlos had the last laugh when his overhead kick deflected off Romelu Lukaku and into the net to seal a 3-2 win over Inter for Sevilla’s sixth Europa League title.

It is his ability with his feet that usually wins him so many plaudits with Carlos renowned for playing out from the back.

“I think Sevilla have the best centre-back, the most underrated centre-back, in European football in Diego Carlos,” Owen Hargreaves said on BT Sport.

“I think he is a fabulous player, Brazilian, is rugged, can compete, [a] really good player.”