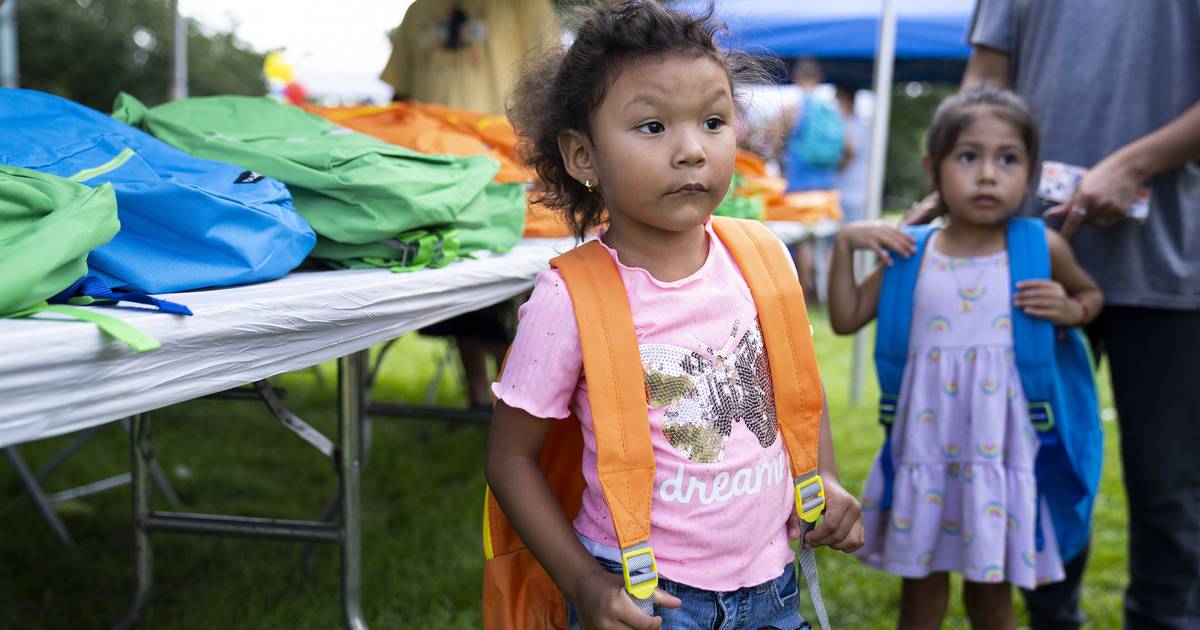 Those 68 days sure flew by.

Chicago Public Schools students return to classrooms Monday, one of the earliest start times in modern memory. CPS typically begins the day after Labor Day, with a few exceptions such as in the Aug. 26 kickoff in 2013 and last year’s Aug. 30 start date.

The Chicago Board of Education set this year’s calendar in March after the district surveyed parents, students and employees. The results were split, with more leaning toward starting Aug. 29. But the district said it opted for the earlier date because it was supported by the majority of administrators, school leaders, central office staff members and students.

Some are not thrilled about the short summer. East Lakeview parent Diane Doran said she booked a nonrefundable vacation house in January based on CPS’ historical start date.

“I’m not totally opposed to having a start date that more closely aligns with suburban schools, but a change of this magnitude should have been communicated to families much earlier or delayed until next year,” said Doran, who also lamented having a weeklong Thanksgiving break, as it “forces parents to find alternatives or take vacation time for those additional days.”

Last year was rocky, to say the least, as COVID-19 disrupted instruction time across the district. CPS is looking beyond the pandemic, with CEO Pedro Martinez charting a three-year vision that includes establishing early literacy supports; equitable grading policies; and improvements to the diverse learner program.

“Our ultimate goal is that the ‘22-’23 school year is a strong recovery year that brings the district back to its pre-pandemic upward trajectory through strategic investments and implementing best practices,” Martinez said Wednesday at a City Club of Chicago luncheon.

The district still faces some challenges, including the persistent virus, a national bus driver shortage and continuing enrollment decline. Here’s what you need to know for the 2022-23 school year.

CPS had already announced its coronavirus mitigation strategies before the arrival of new guidance from the Centers for Disease Control and Prevention. The district is continuing to “strongly recommend” wearing a mask; to offer the free, in-school testing program each week; and to exclude students and staff members from school for five days if they test positive for COVID-19.

CPS made one major change to its protocols as it reviews the CDC guidance. Unvaccinated students and staff members who come in close contact with an infected person will no longer be required to stay home for five days.

The Chicago Teachers Union is expected to vote soon on a new safety agreement with the district. The last one was reached in January to end a standoff that caused classes to be canceled for five days during the omicron wave.

Nearly 23,000 COVID-19 cases were reported during the last school year among 272,000 students. More than 9,000 adult cases were recorded as well, according to district data. One elementary special education classroom assistant died of the virus in November.

The state recently shared new monkeypox prevention guidance for schools. The illness is characterized by rash or sores that resemble blisters or pimples, with some experiencing flu-like symptoms such as fever, chills or fatigue.

“Any persons with MPV should remain out of school until MPV symptoms have resolved, the rash has healed, all scabs have fallen off, and a fresh layer of skin has formed per (CDC) recommendations,” health officials said in a statement.

In a newsletter last week to families, CPS noted that no children had caught the virus among the 700-plus cases recorded in Chicago. “Because the virus is most often spread through prolonged, intimate contact, MPV is very unlikely to spread in a workplace setting or a school setting,” CPS officials wrote. “We will continue to monitor the situation and work with our public health partners, but at this point there is very little risk to school communities.”

The national school bus driver shortage continues to plague CPS, which struggled mightily to provide service last year through its patchwork of vendors. The district vowed this year to tackle the problem earlier, but there’s indication that some students face very long routes.

Jiawen Yan said her son typically has an hour bus ride from the South Loop to his magnet elementary school in Mount Greenwood. Days ago, she was told the bus will pick her son up at 5:33 a.m. for a 7:30 a.m. start.

“CPS sent out an email on July 28. They said there is a nationwide bus driver shortage, so some students might experience (rides) 90 minutes each way, but this is 120 minutes,” Yan said, adding, “You have no time for homework, let alone anything outside of school. You have to go to bed at 8 to get up at 5.”

The district said it is prioritizing diverse learner students whose education plans require transportation and homeless students. CPS is offering $500 monthly stipends to families of diverse learners to find alternate transportation and free Chicago Transit Authority passes to general education students and one accompanying adult if they are not routed. It’s unclear how many students have accepted these proposals.

CPS said it received more than 15,700 transportation requests as of late July and created routes for those students. The district said diverse learners who have not accepted the $500 monthly incentive nor been routed by the first day of school will receive $25 per day until they get a bus route.

Four hundred school bus driver positions remain vacant, CPS said, adding that it has been working with vendors to increase wages to at least $20 an hour.

Martinez asked for grace Thursday at an unrelated news conference. “Overall, I feel optimistic, but I want families to know the first two weeks, they’re always hectic, so please, just be patient with us,” he said. “The goal is to shorten those routes. The goal is to make sure everybody is routed, and the new requests we’re getting, to get them routed as soon as possible.”

For those who take CTA trains and buses to school, the agency is once again offering free rides Monday to students and an accompanying adult in a tradition now sponsored by Butcher Boy Cooking Oils. Metra and Pace are also providing free rides.

Martinez on Thursday unveiled safety plans for the upcoming school year that include the Safe Passage Program to help usher students to school safely; technology to support students’ physical safety on school grounds; the Choose to Change mentoring program; an intervention initiative targeting 1,000 youth who have been disconnected from school for more than a year; various social-emotional supports and new digital threat assessment training to prevent social media skirmishes from escalating.

The school board recently approved a $10.1 million contract with the Chicago Police Department for school resource officers for the coming school year. Around 40 high schools will have one or two uniformed officers per campus.

The earlier start date means more summer days in the classroom. Then-Mayor Rahm Emanuel in 2014 announced a five-year plan to have air conditioning in every CPS classroom.

In May, CTU reported hearing about cooling issues in 25 CPS schools amid a heat wave. Later that month, the board of education approved the purchase of 700 small and 1,400 large window-mounted air conditioning units to the tune of $1.5 million. The district told the Tribune last month the units had not been purchased as of July 15.

CPS enrollment dipped 3% last year to 330,411 students, continuing a decade-long trend of declining enrollment. CPS is in danger of losing its distinction as the nation’s third-largest school district to Miami-Dade County Public Schools.

Some schools are severely under-utilized, according to data from the last school year. Emil G. Hirsch Metropolitan High School, Frederick Douglass Academy High School, Manley Career Academy High School and Uplift Community High School had fewer than 100 students enrolled last year and less than 10% of their school utilized. There is a moratorium on school closures until 2025.

CPS had a 2.7% teacher vacancy rate toward the end of the last school year, and the district said it is working to address this issue amid a national teacher shortage.

“Due to a variety of factors, including the historic investments we’ve made this year in academic coaches, interventionists, school counselors, and other school-based staff, we anticipate a modest increase in teacher vacancy rates, but we are confident that we will make hiring progress on these positions in the weeks ahead,” CPS said in its letter to parents last week.