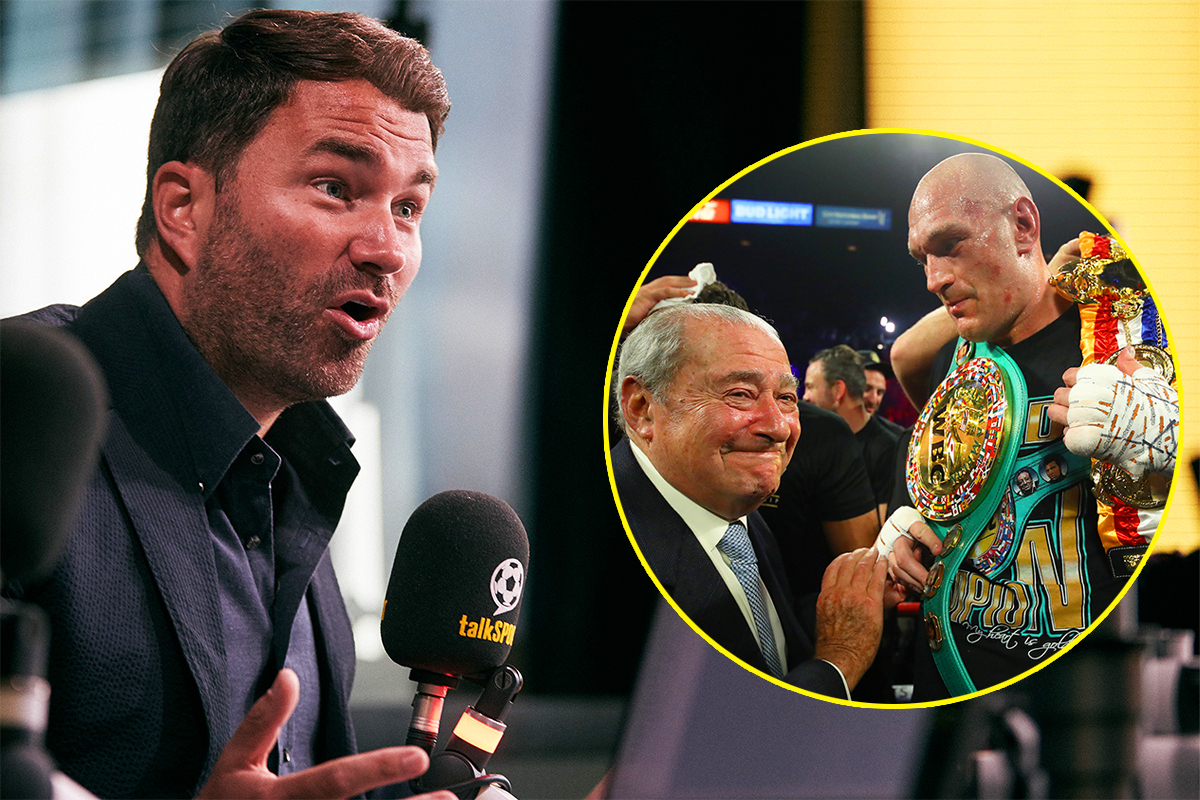 Tyson Fury’s US co-promoter Bob Arum has insisted that Dillian Whyte’s promoter Eddie Hearn is not banned from their fight on April 23.

Whyte will challenge Fury for his WBC heavyweight title live on talkSPORT on April 23, and there is no love lost between the two camps.

Fury’s UK co-promoter Frank Warren, working in conjunction with Arum, won purse bids for the fight back in February with a record $41million (£30.6million) bid – confirmed to be the biggest purse bid in boxing history.

Eddie Hearn bid $32million (£23.9million) and so did not claim the rights to promote the fight.

When asked if he’ll be attending, Hearn told Boxing Social: “I don’t think I’m allowed, but I was thinking about going in the corner and carrying the bucket.

“I would do that. I would put on a Dillian Whyte t-shirt and carry the bucket in the corner.”

“I never talk about an Eddie Hearn fight. Why? Not because I’m a good guy, but his fight is his fight – none of my business.

“Eddie Hearn – everything is his business.

“He said that we’ve banned him from going to the fight.

“We’ve only banned him if he doesn’t have a ticket. If he has a ticket, he can come.

“He’s gonna carry Whyte’s bucket he said, so he can get to the fight.