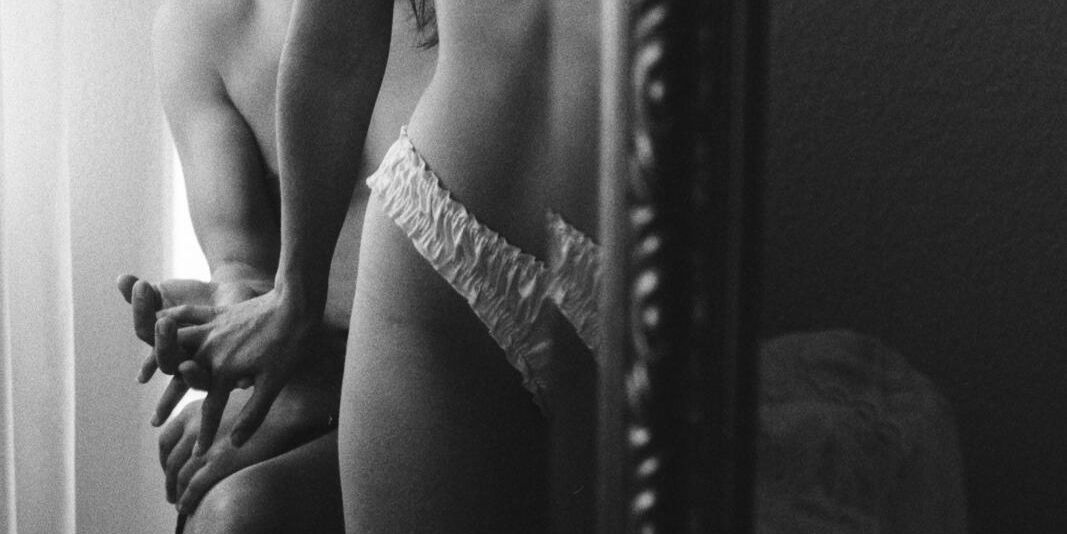 “I’m on a lot of sex-positive press lists,” I said, shrugging.

Sexy talk with Dakota Johnson, however, felt more intimate. We were at a candlelit dinner party to celebrate the collaboration between Maude, a sexual wellness brand (for which Johnson is an investor and co-creative director), and Sephora. But also, and perhaps most importantly, Johnson was our onscreen Anastasia Steele, an experience she recently described as “tricky.”

It’s been 10 years since the birth of the erotic, hypnotic culture shock that was Fifty Shades of Grey, the reportedly over a billion-dollar book-to-film enterprise that yielded a collective orgasm heard around the world. While the first Fifty Shades book by Erika Mitchell (aka E. L. James) was hardly the first sex-focused splash in mainstream pop culture (for one, Sex and the City, and its films, had already hit), many people got off on it. Some laughed at it. The kink community found much of the content problematic. And others, like me, were too pretentious to pay attention to any of it. Whatever the perspective was, nobody can deny that Fifty Shades did help usher in not only sequels, but a legit sexual awakening in America. It made people want to read, talk, shtup…and spend.

Robinne Lee, writer of the sexy, and explicit, 2017 novel The Idea of You, featuring a sophisticated older woman who has an intense love affair with a Harry Styles type, was a first-time author. “It very likely influenced my success in a positive way. Fans of Fifty became my fans. Because of that book, I was like, ‘Okay, publishers and readers are not going to be scared off from the material in my book now…thank you, Erika!’ ” Serendipitously, Lee—who is also an actress—ended up with small roles in the second and third Fifty Shades films.

As someone who read Judy Blume’s Forever about a hundred times (when my partner suggested the name Ralph for our son, I could only think of one thing), I was obviously intrigued by the Fifty Shades phenomenon. But unlike Forever, these were books and films not for horny teens, but for respectable adults, giving them societal permission to indulge. “The evolution of sex is a result of the major impact of pop culture,” says Megwyn White, director of education for Satisfyer, a sex toy brand whose panty vibrators are a current best-seller. “Now we have access to resources that we didn’t have even 10 years ago to discuss sex freely.”

Jennifer MacGregor, MD, an in-demand dermatologist in New York City, has even detected a measurable change in her patients: They started opening up about their sex lives, wanting more pleasurable sex, and asking for help with various concerns and desires. “I would listen to people all day, and I knew we had the technology to help. It just hit me—why not treat them? Seriously, why not?” MacGregor has since offered nonsurgical vaginal rejuvenation and sex-enhancing combination treatments with lasers, injections, and tightening devices.

As I scurried back to my apartment to joyously unpack all my goodies, I wish I could say the first person I wanted to play with was my darling boyfriend, Sam. But the truth is, the only person who came to mind was the divine Dakota Johnson.

This article appears in the September 2022 issue of ELLE.