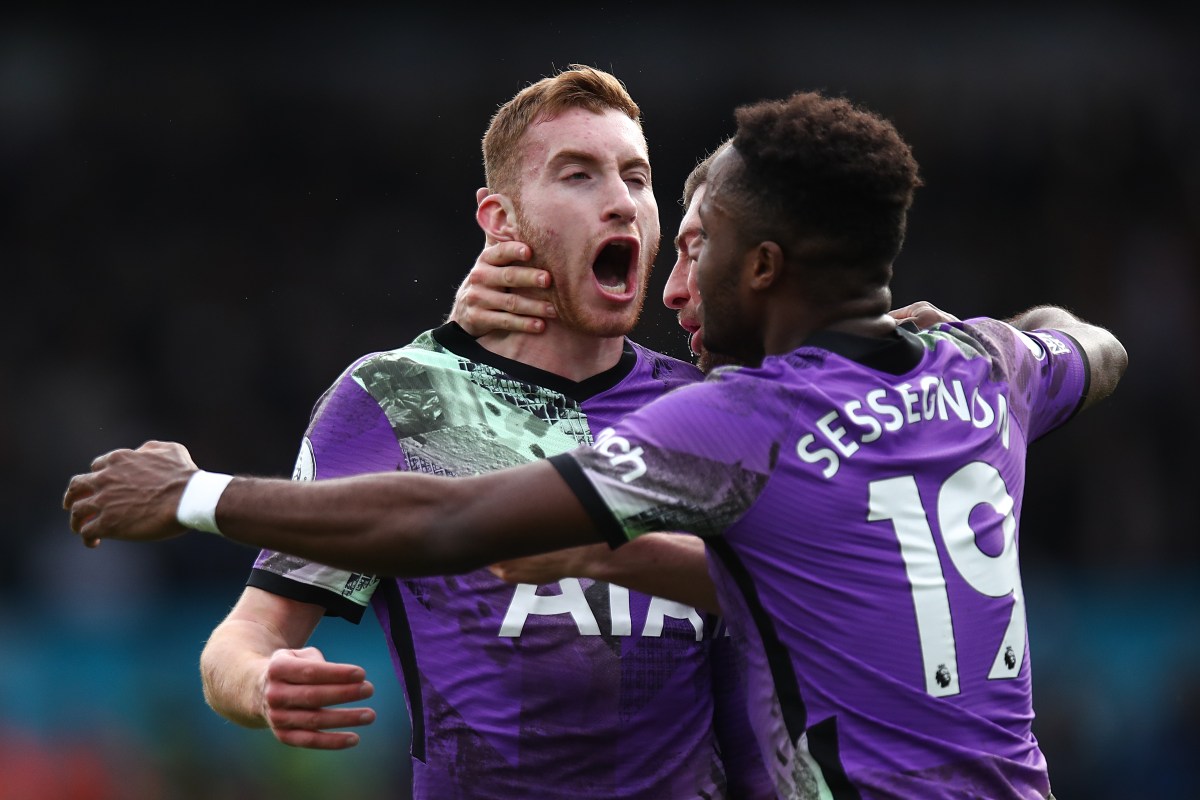 Tottenham star Dejan Kulusevski has already cemented himself as a fan favourite just weeks after joining the club.

The winger arrived on loan from Juventus in January to little fanfare after Spurs missed out on a number of other transfer targets including Adama Traore and Luis Diaz.

But Kulusevski has enjoyed a stunning start to life in north London, scoring and assisting another in the club’s 3-2 win over Manchester City.

The 21-year-old then bagged a goal in Tottenham’s 4-0 victory against Leeds at the weekend and has now been recognised for his efforts.

Kulusevski has already been given his own song by the club’s fans based on a song from a band originating from the player’s homeland Sweden.

“There’s not a soul out there,

“No one to hear my prayers,

“He came from Juventus,

“And he plays on the wing.

“His name is Kulusevski.”

Kulusevski is not only winning praise from fans but is also being lauded by his new manager Antonio Conte.

Speaking after the win at Leeds, the Italian said: “Kulusevski is a player who is only 21 years old and in these four games he could have scored in every game.

“I think he is showing that he is a fantastic player for the present but also he if he continues in this way he can become a really important player.”