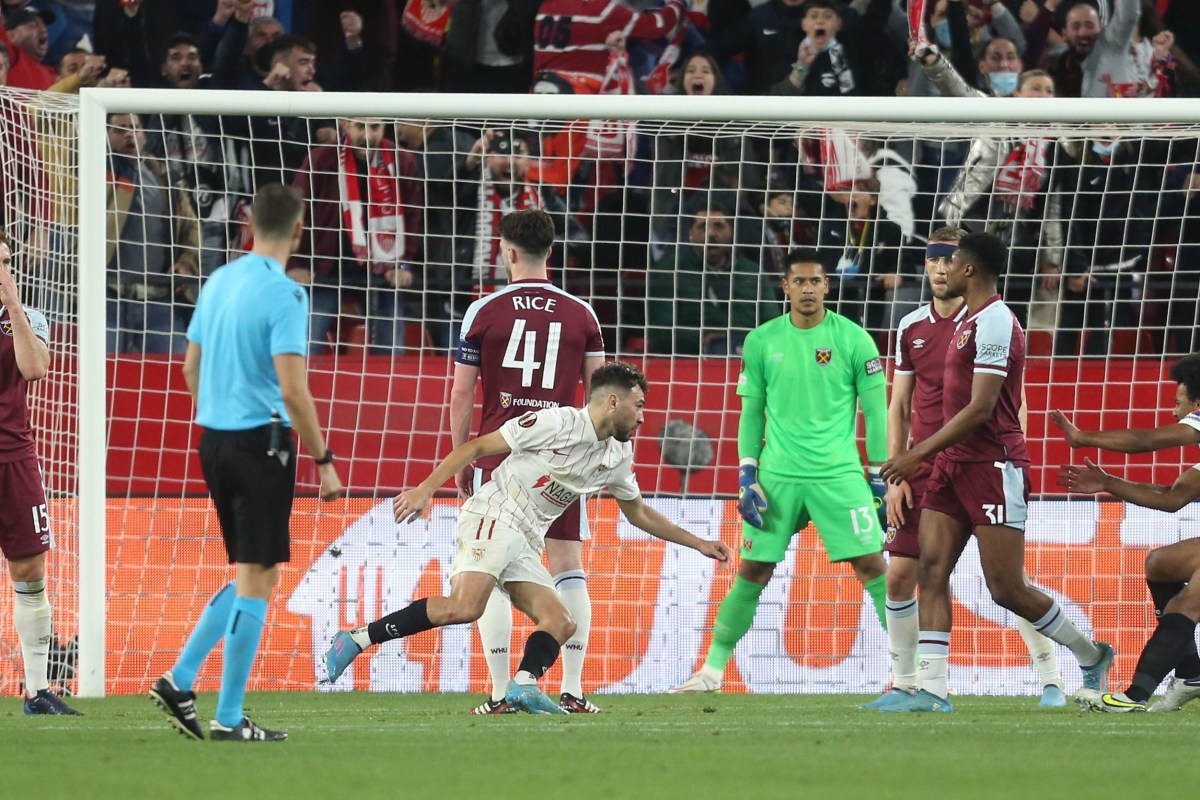 West Ham host Sevilla in the second leg of their Europa League clash tonight, looking to overturn a 1-0 deficit.

The Hammers narrowly lost to the La Liga side last week in Seville, with a goal from Munir El Haddadi separating the two.

David Moyes’ side carved out a number of opportunities and Nikola Vlasic should have scored in the first half, while Manuel Lanzini was denied by a Jesus Navas block late on.

Sevilla also had chances to extend the lead and Munir could have ended the game with a hat-trick.

However, the match is tightly poised and the Irons can cause this Sevilla side problems at the London Stadium.

The La Liga side have only conceded 19 goals in the league, but they did look vulnerable to West Ham’s pace and power.

The Hammers have lost six games at the London Stadium this season but are unbeaten in six of their last seven.

This Europa League game will take place on Thursday, March 17.

The London Stadium game is scheduled to kick off at 8pm in the UK.

The meeting last week was the first time these two teams have ever played each other.

The match will be broadcast on BT Sport 2 with live coverage starting at 7:15pm.

BT Sport customers can live stream this via the app using their mobile, tablet or computer devices.

Updates will also be live on talkSPORT throughout the evening.

To tune in to talkSPORT or talkSPORT 2, click HERE for the live stream.

West Ham v Sevilla: What has been said?

David Moyes said: “If you’re second in La Liga, you have to be some side. There are great sides in it and top, top players. Sevilla are a side experienced in winning this trophy.

“We want to challenge the best and I think Sevilla are among the best at the moment.”