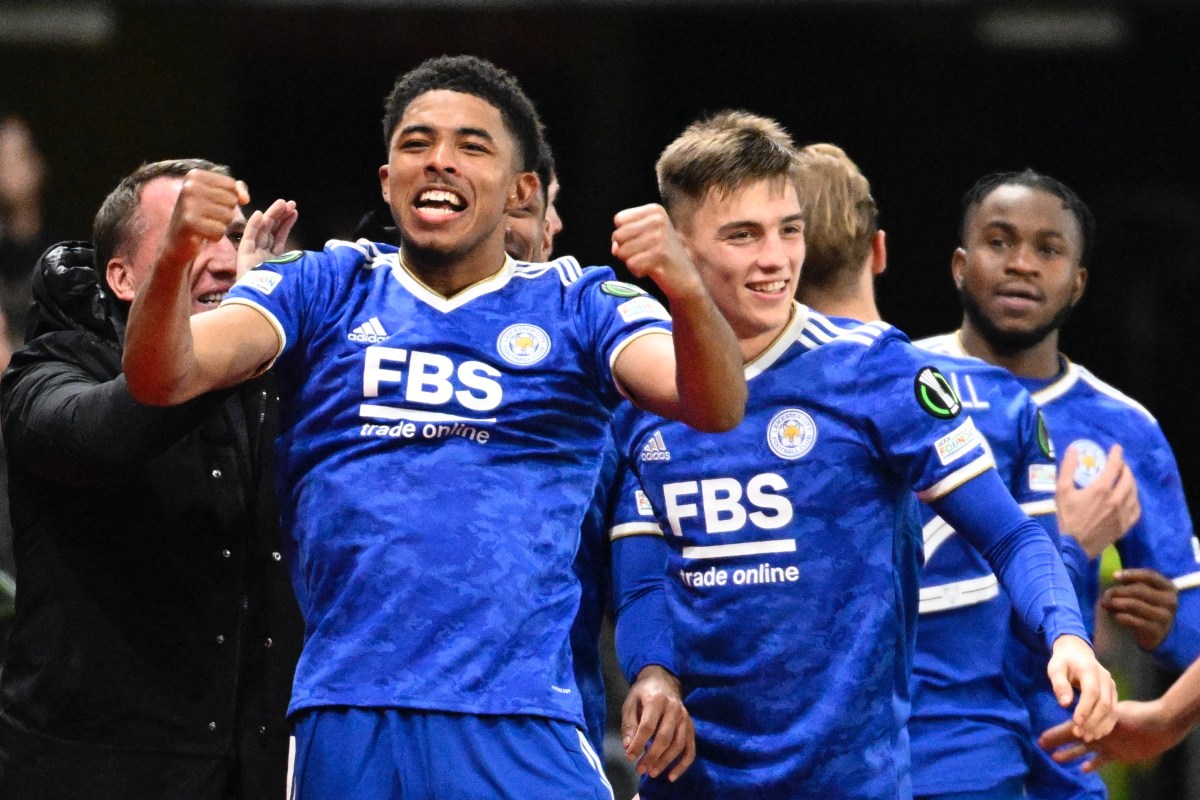 Leicester withstood intense pressure against Rennes, in a hostile atmosphere, to book their place in the Europa Conference League quarter-final with a 3-2 aggregate victory.

The Foxes lost 2-1 on the night against the French side, but Brendan Rodgers will not mind as their progress was secured.

Leicester fell behind after just eight minutes when Benjamin Bourigeaud bundled in from close range to pull a goal back in the tie.

Wesley Fofana, playing in his first game of the season after breaking his leg in August, restored their two-goal advantage with a header early in the second half.

Rennes hit back again with 15 minutes left to lead on the night when Flavien Tait found the corner, via a slight deflection off Fofana.

It set up a blockbuster finish with the French club piling forward and putting Kasper Schmeichel’s goal under intense pressure.

Schmeichel made an unbelievable save from close range to deny Rennes an equaliser.

Rodgers’ side held their nerve, just, with Fofana’s goal proving vital to their progress.