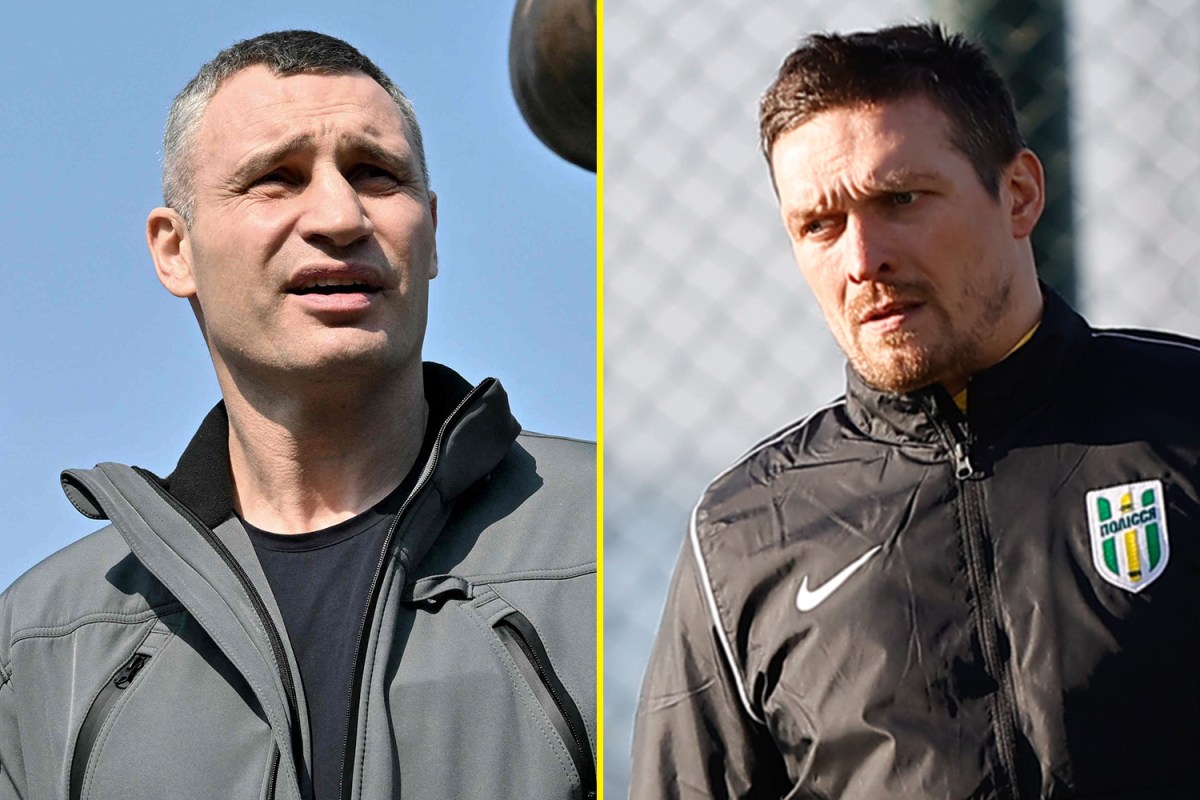 Oleksandr Usyk has been backed by Vitali Klitschko after he left Ukraine to prepare for his fight with Anthony Joshua.

But after being given permission to cross the border into Poland, the fight is set to take place in June.

Promoter Eddie Hearn is hoping to host the fight in the UK, even though he’s received several offers to put the show on in the Middle East or America.

These are times of immense hardship for Ukraine and Usyk will hope to make his country proud by retaining his titles.

And he will be heartened going into the fight against Joshua following the supportive comments from both Klitschko.

“A very important message could be carried through an event like this,” said Vitali, who has been the mayor of Kyiv since 2014.

“We do not know if in three months we will exist.

“I actually have plans to speak to Oleksandr Usyk to give him advice if he decides to make the fight, to have some special messages that he can put out there.”

“There are pros and cons and it’s a hard decision to make for Oleksandr Usyk but to have the Ukrainian flag raised and our anthem played and one of our ambassadors of our country out there in the world with the right mindset could be more positive than negative,” Wladimir added.

“We need support. Since the beginning of the war, the economy is down to nothing, but please don’t forget we are defending democratic principles of freedom and free choice.”