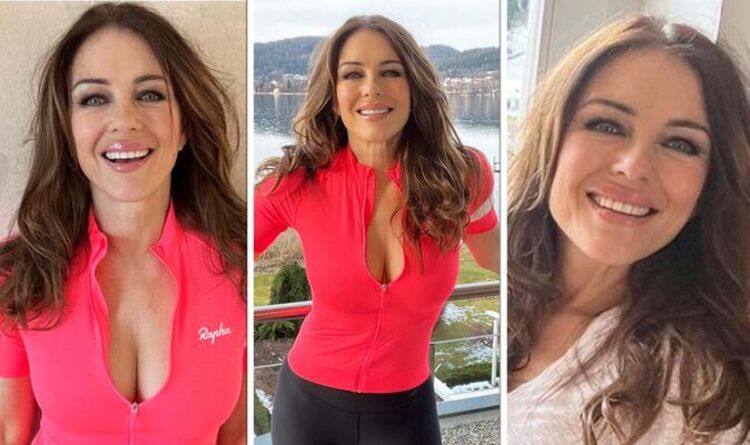 Elizabeth Hurley, 56, looked the picture of health as she posed at a luxury detox resort in Austria. The actress smiled as she stood on a balcony at the £2,000-per-night retreat wearing a skintight plunging pink top and black leggings.

Liz said she was “very hungry” following her detox.

The brunette beauty said on Saturday that she flew to the detox centre after realising she had put on a bit of weight following an injury to her foot.

She explained that she is still unable to put much pressure on her ankle, which meant she couldn’t do much exercise.

Liz wrapped up in a hat and coat by the lake.

Alongside a snap shared on Saturday, Liz said: “

I tore the ligaments in my left ankle whilst filming in the Caribbean in November.

“Lying on the sofa for two months, followed by a month of limping around in an air boot, meant that I basically became a slug.

“I don’t weigh myself, but my jeans were objecting violently to being done up, so something had to be done.”