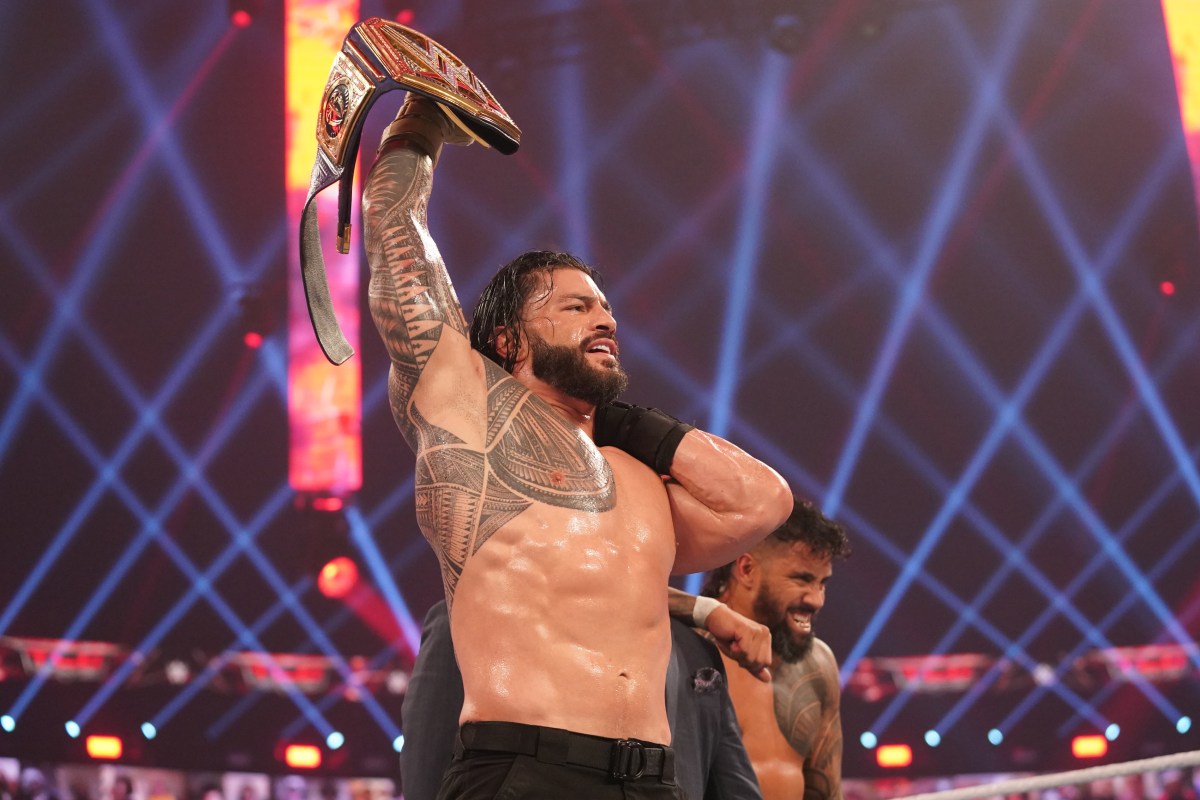 WrestleMania 38 is coming up this weekend as the WWE Universe gets ready for ‘The Most Stupendous Two-Night Event In WrestleMania History’.

The world of wrestling has put on two brilliant WrestleMania shows in the face of the Covid pandemic and now, they are eager to bring another massive two-nighter this year.

The Royal Rumble took centre-stage recently and that signalled the road to WrestleMania is well underway.

Attentions will now to turn to the ‘The Showcase of the Immortals’ and what promises to be a memorable main event.

The likes of Brock Lesnar, Becky Lynch, Roman Reigns and Charlotte Flair will be in action across the two evenings of electric thrills and spills.

WrestleMania 38: Date, start time and how to watch

This year’s showpiece event will again be held across two nights on Saturday, April 2 and Sunday, April 3.

It is taking place at the AT&T Stadium in Arlington, Texas.

The cards will begin from 1am in the UK and continue into the early hours of each morning.

BT Sport Box Office is set to show the two-night event on UK TV again at a cost of £19.95.

It can also be live streamed on the WWE Network – £9.99 per month for subscribers.

WrestleMania 38: Will fans be in attendance?

There is set to be a full house at the AT&T Stadium.

The incredible venue is the home of NFL side the Dallas Cowboys and can hold up to 105,000 spectators.