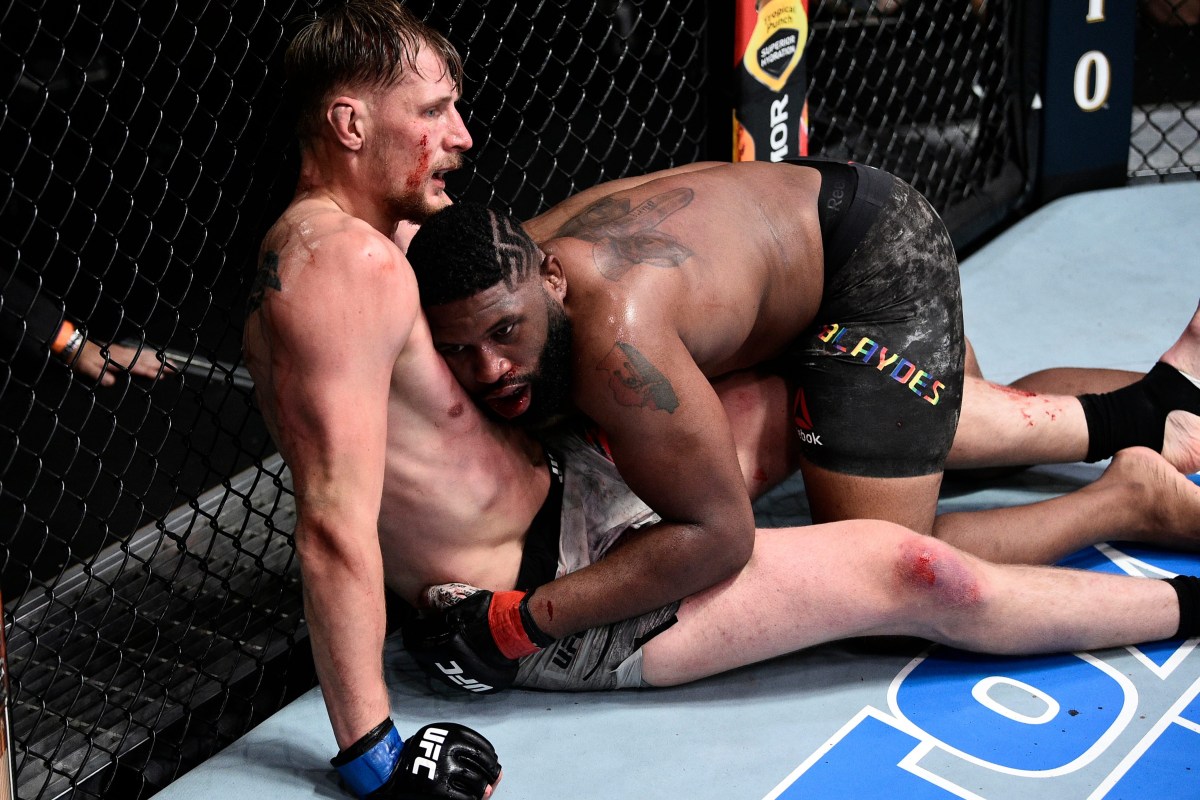 UFC 273 is coming up on April 9 and will have two world titles on the line as Alexander Volkanovski takes on Chan Sung Jung and Aljamain Sterling faces Petr Yan.

Before that we’ll have a UFC Fight Night in Columbus and two of the top ten heavyweight contenders will clash in the main event.

Blaydes beat Jairzinho Rozenstruik at UFC 266 last September and has a record of 15 and three.

Meanwhile, Daukaus, who is 12 and four, lost to Derrick Lewis last time out.

The event is scheduled to take place tonight and is being held at the Nationwide Arena in Columbus, Ohio.

The prelim action will get going at 9pm UK time with the main card starting at 11pm.

Blaydes vs Daukaus can be expected at around 3am on Sunday morning for UK fans.

Blaydes vs Daukaus: How to watch

The action will be shown on BT Sport 2 and their coverage of the prelims will start from 9pm.

It will be live streamed on BT Sport’s website and app for subscribers.


McCann reveals why Jordan caused her to block talkSPORT, but Woodsy saved the day

Blaydes vs Daukaus: What has been said?

“He’s very orthodox, he doesn’t do a lot of crazy techniques. He believes in the basic, which is something I also believe in.

Asked how the fight will go, Blaydes added: “I win the first two rounds, I put the pressure on him, and he has to open up. And I catch him on the feet, so I believe I get the finish.”