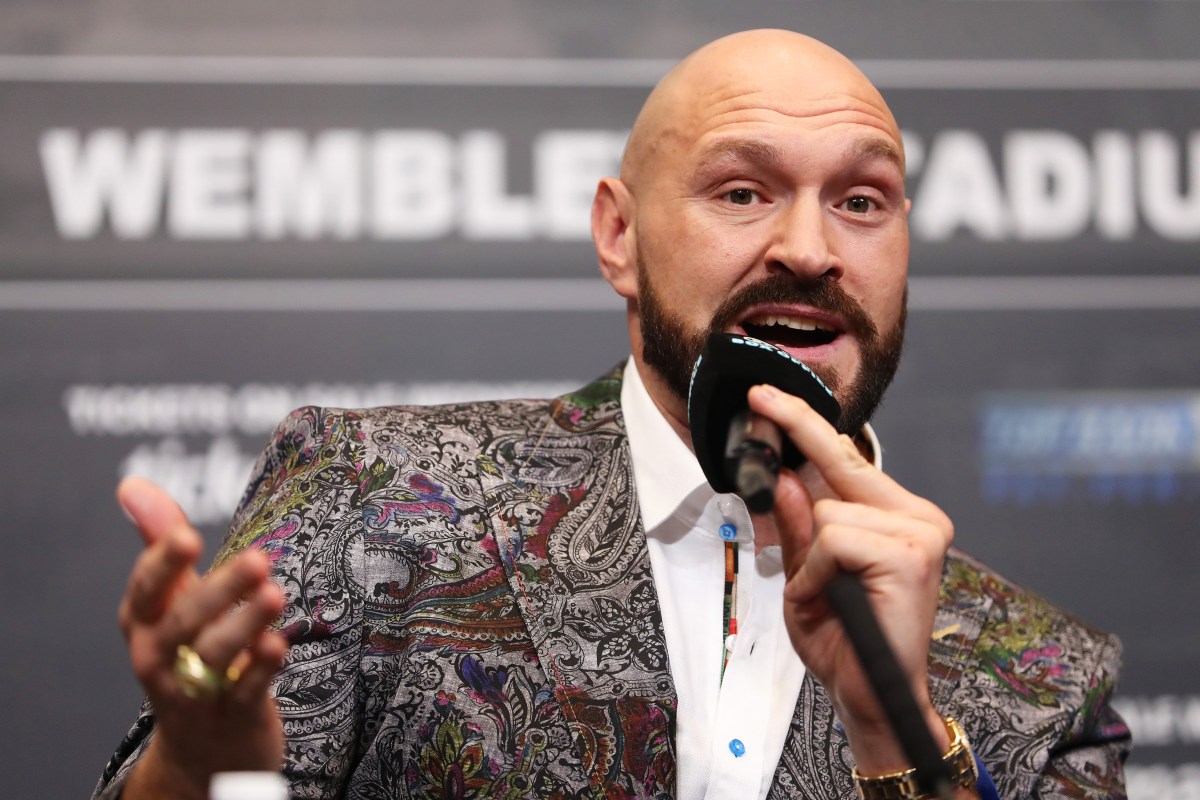 Tyson Fury says his April showdown with Dillian Whyte will be the final fight of his career, claiming he will RETIRE from boxing after the Wembley bout.

The WBC heavyweight champion is in action for the first time since he retained his title with a thrilling victory over Deontay Wilder in October 2021.

Boxing fans are desperate to see Fury fight fellow Brit Anthony Joshua in a heavyweight bout but the ‘Gypsy King’ has cast doubt on whether this fight will ever happen.

“I’m 34 [in August], it’s the final fight of my career, I’m retiring after this,” Fury told journalists at the press conference for his fight with Whyte.

“£150million in the bank, good looking, healthy, young – I’m going to buy a massive yacht, I’ve got loads of super cars and properties all over the world.

“Do I need to do any more? Get a tan, put some baby oil on, what world champions do!”


Fury vs Whyte tickets: Date, time, price and how fans can secure seat at Wembley


‘I’ll be first up’ – Fury says he would go to war, just like Usyk and Klitschkos

However, Fury told talkSPORT at the same press conference that he hopes Joshua can beat Oleksandr Usyk in his rematch with the Ukrainian to keep alive his hopes of fighting the former WBA, WBO and IBF champion.

“I really would have loved to have [had the] fight with Anthony Joshua. I really hope he can beat Oleksandr Usyk, I really do,” Fury explained.

“People will say ‘oh no, you don’t really mean that,’ but I really do mean it because that would be an amazing showdown back at Wembley or wherever it might be.

“He’s got to win this fight because if he loses again, then that fight is gone. But hopefully he wins it.”