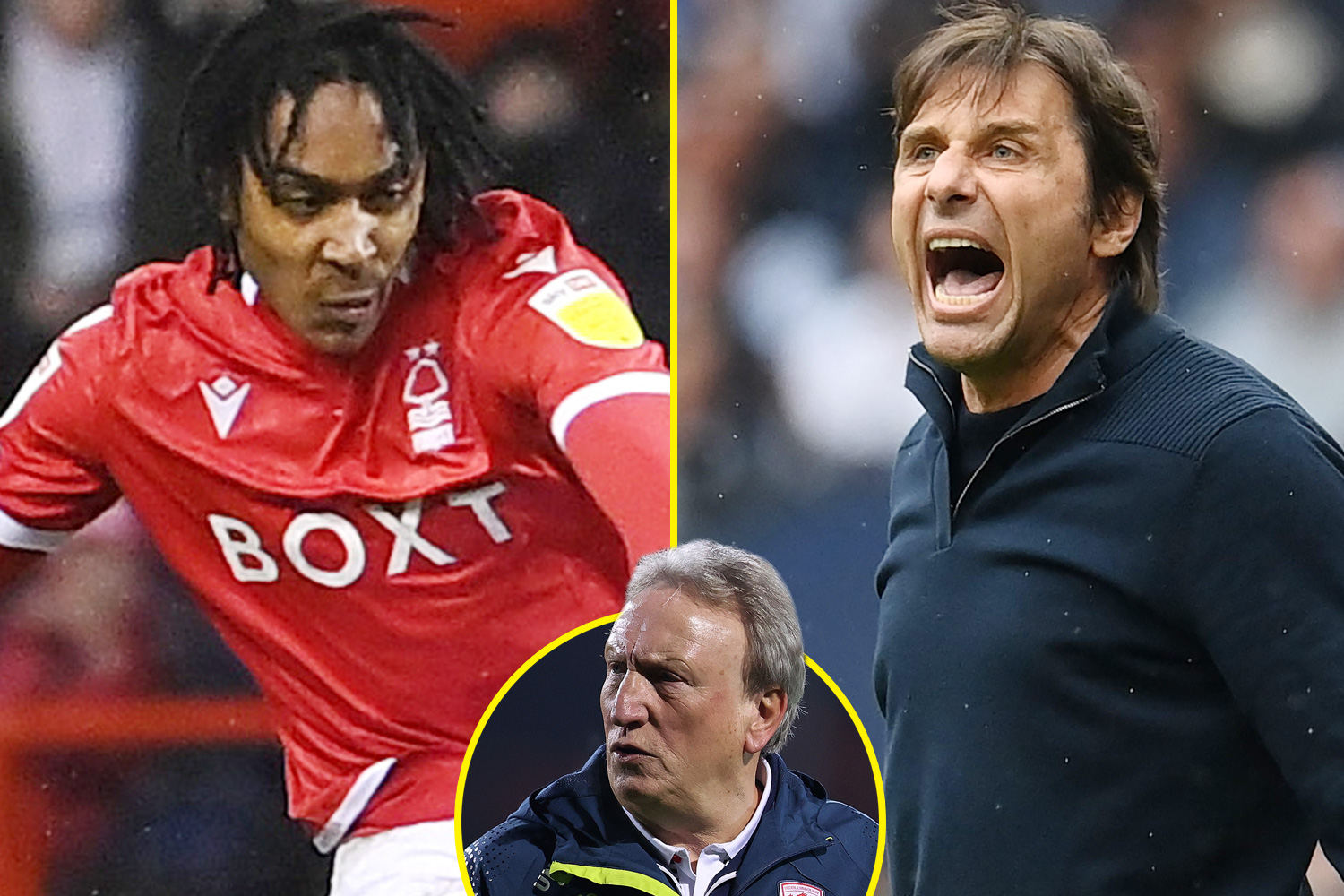 Tottenham are set to sign Djed Spence in a £20million deal – and the defender is quite the character.

Spurs boss Antonio Conte made Spence one of his top targets after the Middlesbrough full-back grabbed headlines on loan at Nottingham Forest last season.

Forest won promotion to the Premier League via the play-offs, beating Huddersfield 1-0 in the final at Wembley.

The 21-year-old was in fantastic form during the promotion push, scoring two goals and providing five assists, as a bunch of top-flight clubs started monitoring him.

Tottenham’s north London rivals Arsenal and both Manchester clubs were also linked with a move for the youngster, who was named in the Championship Team of the Season.

From falling out with Neil Warnock to getting heralded by Ian Wright, talkSPORT.com takes a look at one of England’s most in-demand young stars.

Born on August 9, 2000, Spence is an English-Jamaican footballer and isn’t the only famous member of his family, with his sister being actress Karla-Simone Spence, who appeared in the film ‘Blue Story’.

Spence started his footballing career with South London side Junior Elite where he played alongside Emile Smith Rowe, at a club where Manchester United’s Aaron Wan Bissaka also learned how to play.

He then joined the Fulham academy system, before moving to Middlesbrough in the summer of 2018 shortly before his 18th birthday. It was there that he quickly started to show his potential as a truly exciting young player.

After making his senior debut in 2018, Spence was fast-tracked into the first team set-up in the 2019/20 season under the leadership of Jonathan Woodgate.

Following a brilliant debut in a 1-0 home win over Charlton Athletic, Spence went on to make 22 appearances in the second half of the season under Woodgate and his successor as Middlesbrough boss, Warnock.

Attention from Jose Mourinho and Tottenham emerged, but Warnock was keen to stress that the young player was not yet ready to move on, saying: “I remember having a chat with Nathaniel Clyne at Palace.

“Wolves wanted him, who were in the Premier League at that stage. I said to him you’re better off having another season and getting some games and experience under your belt.

“Djed is like that. And no disrespect to him, I don’t think he’s ready to go straight into a Premier League team.

“He needs more games under his belt, coming up against people like today, the wide lads for Cardiff, Hoilett and Mendez-Laing.

“They’re difficult players and playing against people like that will give him the experience that he needs.”

A first team regular for the first half of the 2020/21 season, Spence started to see his game time drop, with Warnock referencing his mindset as a potential stumbling block in his fulfilling his undoubted potential.

Asked if Spence was starting to kick on, Warnock said: “Up to a point, but I think there’s so much more he could do.

“There are not many players where you can say it’s all up to them personally how far they go – it’s what’s between the ears. He could be playing at a top club in England or in non-league in five years, I don’t know.

“Application, dedication, all these things come into it. He’s got the tools, there’s no doubt about that.”

After earning promotion with Forest, Spence took to social media to aim a cheeky jibe at Warnock, saying: “Oh, where’s my manners! Welcome to Twitter, @Warnockofficial.”

Spence’s post attracted more than 100,000 likes but brought criticism from Middlesbrough supporters, who suggested that his comments proved Warnock’s concerns about his mentality were certainly justified.

Well done Djed , I did say you were premier league or non league, glad you listened and took my advice on board now go and enjoy your success

Those cigars won’t do you any good though son 😉 https://t.co/EANP8g4ri9

Responding to the youngster’s post, Warnock shared a classy message with the defender, while also sharing a light-hearted jibe of his own.

“I did say you were Premier League or Non League, glad you listened and took my advice on board now go and enjoy your success.

“Those cigars won’t do you any good though son!”

Despite showing glimpses of promise during pre-season, Warnock allowed Spence to leave the club for a season-long loan deal with Nottingham Forest, explaining: “I let him go.

“He needed to sort himself out, really.”I basically said to him that you can go to the top or you can go non-league.

“I think Steve Cooper is the manager for him, to be honest. He has let him go forward more often, which suits his game.”

Since moving to the City Ground, Spence relished his newfound freedom on the right side of midfield, a role that has seen him show his best for Steve Cooper’s attack-minded side.

His growing confidence was highlighted by some impressive performances in the FA Cup against Arsenal and Leicester City, with Ian Wright discussing a conversation that he had with the player in the aftermath of Forest’s victory over the Gunners.

“If we are talking about right-backs performing at an unbelievable level, we’re talking Reece James and Trent (Alexander-Arnold).

“But I have not seen a combative, technical, swashbuckling performance like that for a very long time.

“I said to him afterwards, ‘whatever’s happening, whatever you’re doing, the level you’ve just shown us here is the level you have to be consistently hitting, Djed’.

“I said that to him at the end of that game and all his family were there, and they were saying ‘yes! Listen, man! Listen!’

“I said to him, in all seriousness, ‘that level we saw there? You should be in the Premier League’. Simple as that.”

Spence was destined for the top-flight, it was just a matter of where -and the answer looks like Tottenham, much to Wright’s disappointment.