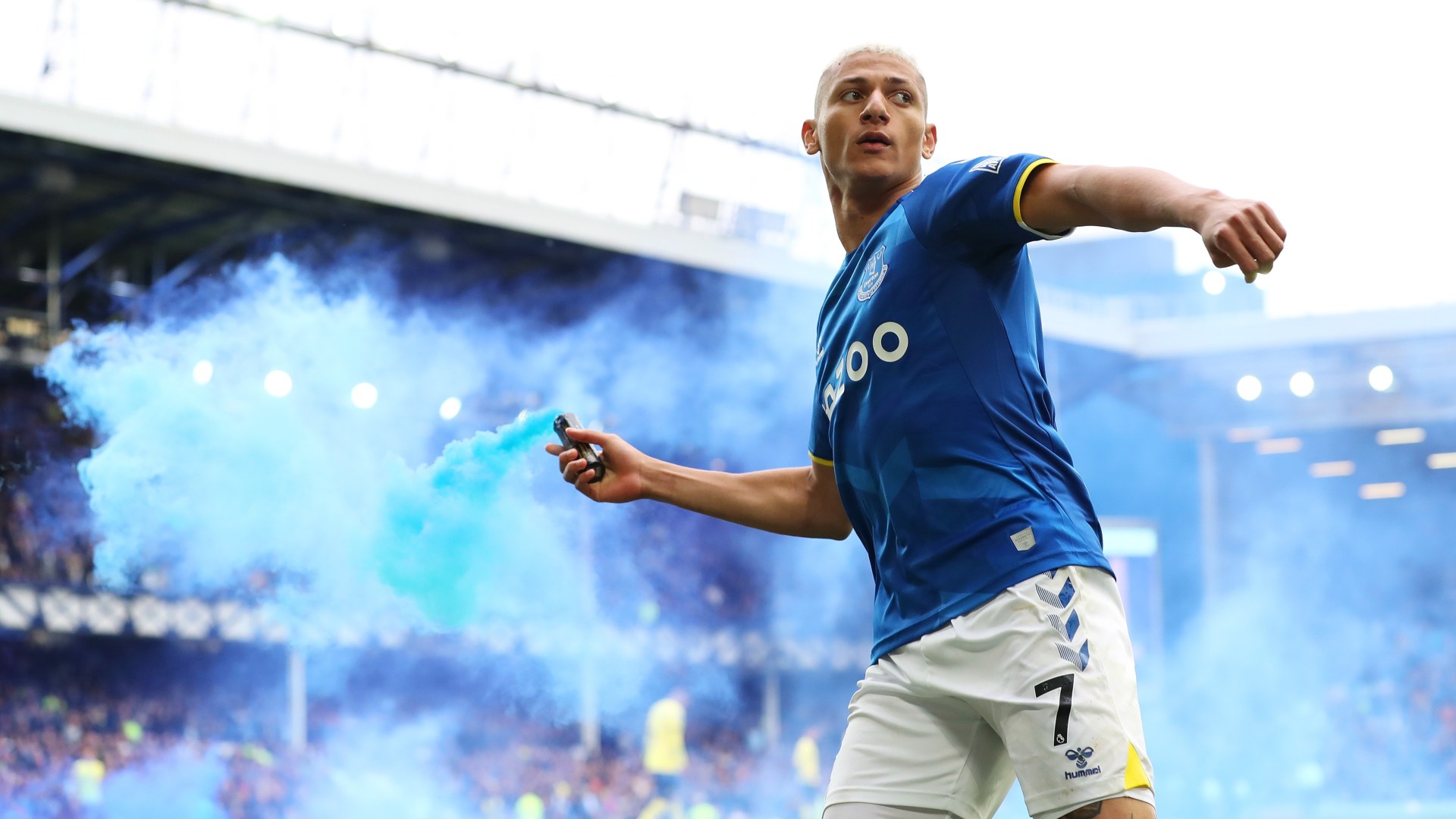 Tottenham are in ‘advanced negotiations’ for Everton forward Richarlison – which could see them hijack rivals Arsenal’s move for the Brazil international.

That’s according to Brazilian journalist Bruno Andrade, who says that Antonio Conte’s side are in talks for a €60million (£51m) transfer.

The Toffees are under pressure to raise cash and the Brazil international could be on his way to north London – but which side?

With both Alexandre Lacazette and Eddie Nketiah both potentially leaving the club this summer, the Gunners will be keen to sign a new centre-forward and have been linked with Richarlison.

But it seems that their north London neighbours may have the upper hand when it comes to securing a deal for the 25-year-old, who is now reportedly in talks with Spurs.

Conte has already secured the services of ex-Inter Milan man Ivan Perisic and is closing in on the signing of Middlesbrough wing-back Djed Spence.

Tottenham have also been linked with the likes of Pau Torres and Christian Eriksen, as they look to challenge for the Premier League title.

And the signing of Richarlison, who scored 10 goals in a struggling Everton side last season, would be another big step as they aim to compete with the likes of Manchester City and Liverpool at the top of the table.