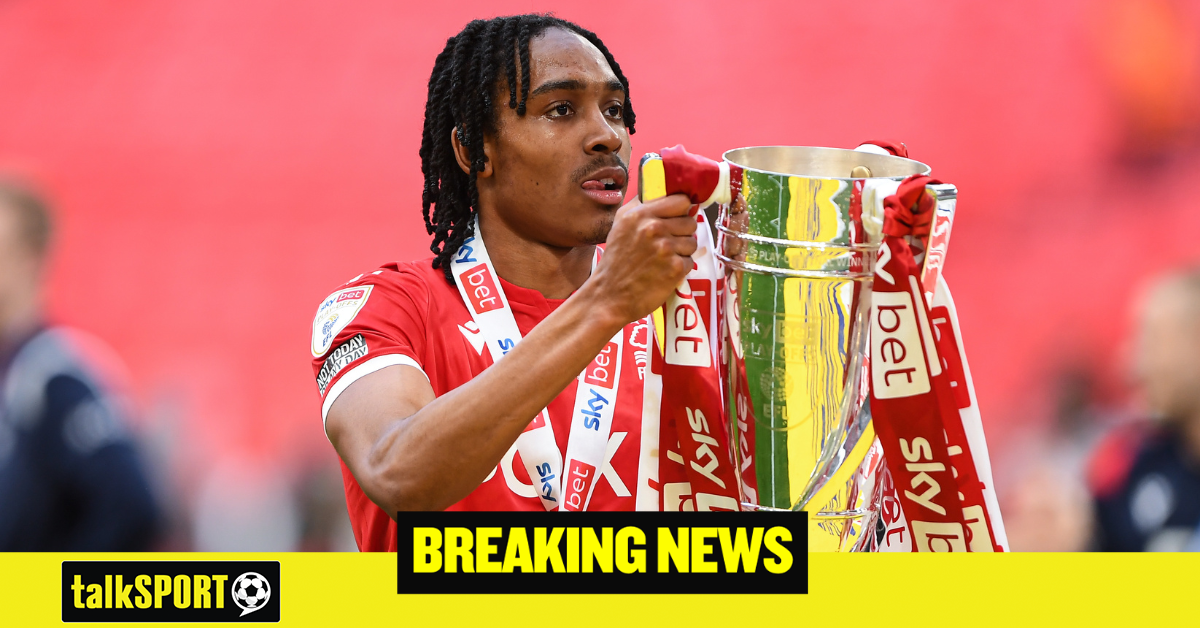 Tottenham are on the verge of completing the £20m signing of Middlesborough defender Djed Spence, talkSPORT understands.

Spurs boss Antonio Conte made Spence one of his top targets after excelling on loan at Nottingham Forest last season.

The 21-year-old was in fantastic form under former England Under-17 boss Steve Cooper, scoring two goals and providing five assists.

Forest won promotion to the Premier League via the play-offs, beating Huddersfield 1-0 in the final at Wembley.

There were reports that Cooper was confident he could tie the wing-back down to a permanent deal.

Tottenham’s north London rivals Arsenal and both Manchester clubs were also linked with a move for the youngster, who was named in the Championship Team of the Season.

And it seemed as though Man United had the advantage when it came down to agreeing on terms with the player, with Spence apparently a Red Devils supporter.

But he is now set to join their rivals, as Conte continues to add to his squad ahead of a potential title push this season.