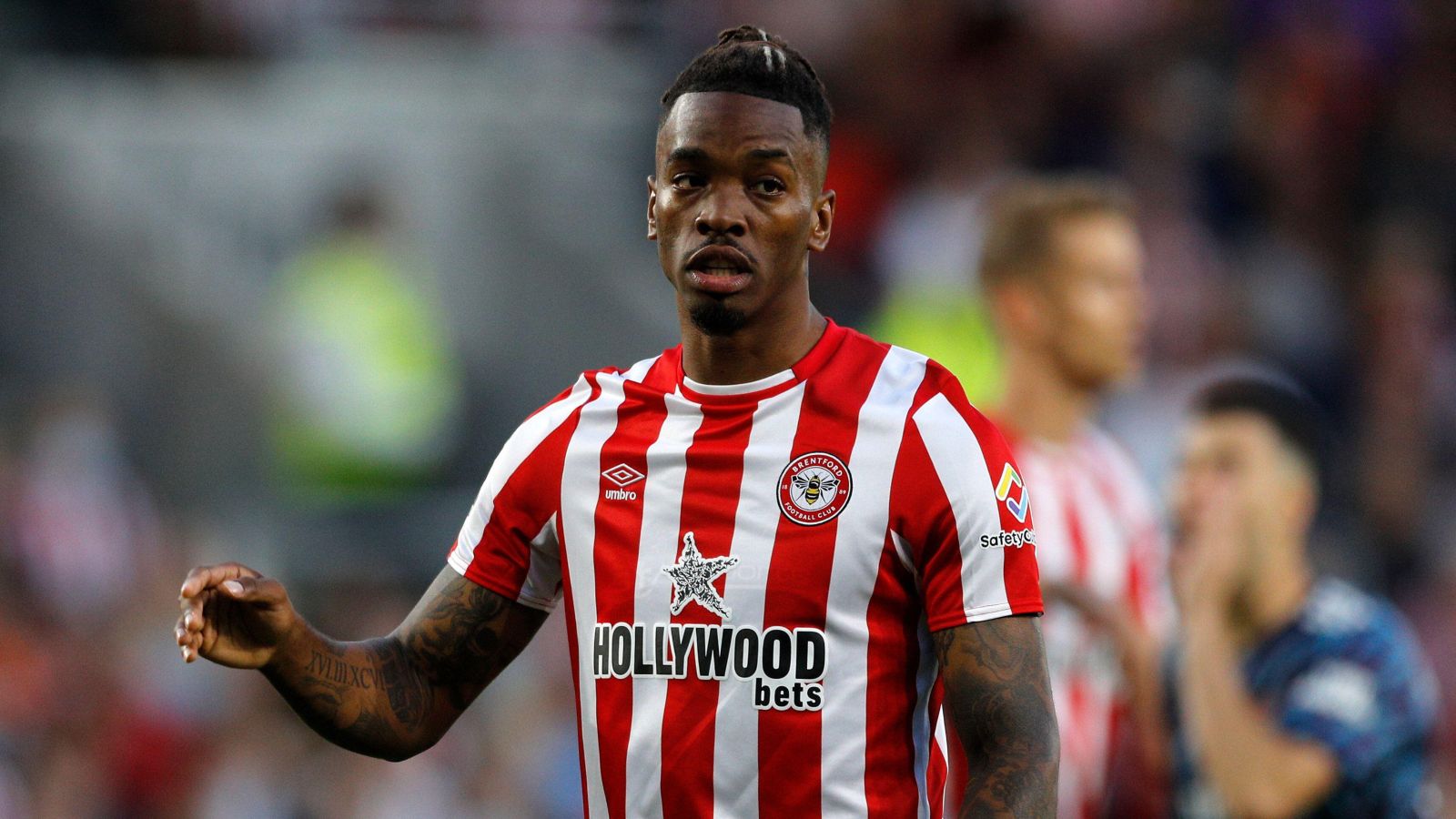 Ivan Toney has labelled Arsenal centre-back Gabriel Magalhaes “cringey” after the Brazilian tweeted after his side’s 3-0 win over Brentford.

The Gunners strolled to victory at Brentford as goals from William Saliba, Gabriel Jesus and Fabio Vieira moved them back to the top of the Premier League.

It marked a very different result from the corresponding fixture last season as Brentford won 2-0 in their first-ever game as a Premier League club.

Spurs aren’t perfect but their early success is sustainable. More so than Arsenal’s…

After that win, Toney had tweeted ‘Nice kick about with the boys’, with Arteta showing the message to his players before the reverse fixture at the Emirates Stadium.

It had the desired effect as Arsenal won 2-1, Alexandre Lacazette posting the exact same phrase to mock Toney’s earlier tweet.

Gabriel followed suit after the weekend win, again posting: “Nice kick about with the boys’ – but this time Toney did not see the funny side.

“I think once was funny, second time was a bit cringey,” he joked. “I bit my tongue, I wanted to reply and wanted to nibble.

“But fair play to them, they are a different Arsenal side to the one we played before.”

Toney will be hoping to tweet about his England debut after earning his first call-up following a fine start to the campaign with the Bees.

England travel to Milan to face Italy in the Nations League on Friday before hosting Germany at Wembley three days later.

“So surreal,” Toney added when asked how it felt to be in and around the squad preparing for the games.

“I feel like I’m sitting in here in an England top is such a privilege and is massive for me and my family and also my club.

“It is not just me that has done this, it is everyone around me that has played a massive part.”

Toney went onto insist that he “never doubted” that he would one day play for England:

“I feel like I have full confidence in myself, I have just got to keep working hard and it makes it that much sweeter when you get the chance.

“I never played for any of the other age groups so going straight to the senior squad is a big achievement. I’m proud of it and I wouldn’t want it to go any other way.”

“I was driving to training, the Brentford gaffer called me. I was running a bit late so I actually thought he was calling about my timekeeping!

“He just said he was privileged to tell me I had been called up to the England squad. It was the first time in my life I haven’t had anything to say.

“I was driving to training thinking, ‘Wow, I’m actually going to play with the senior England squad’.”