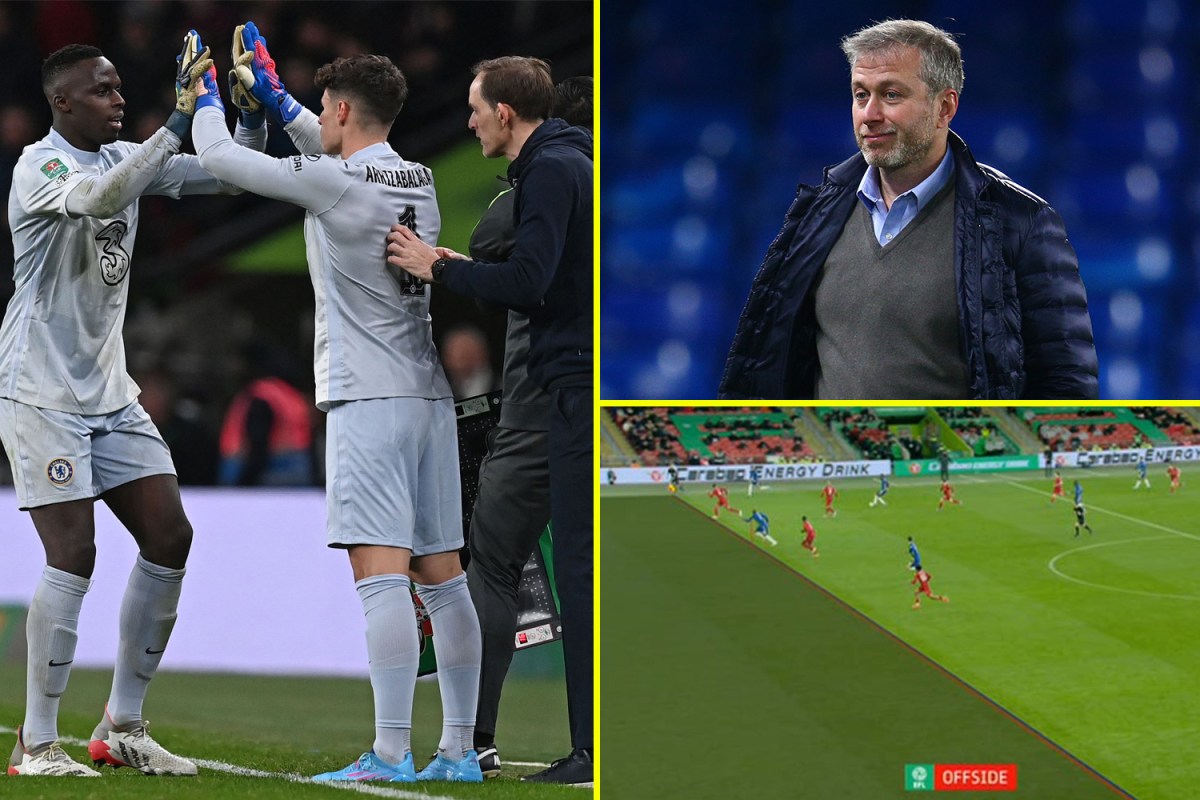 Thomas Tuchel has suggested his call to bring on Kepa Arrizabalaga in the final moments of extra time at the Carabao Cup final was not fully decided pre-match.

The Chelsea boss made the bold strategy of bringing Kepa on for Edouard Mendy, who had a fine game including making a top save to deny Sadio Mane, in the final minute of extra time ultimately backfired as Liverpool won the Cup on penalties.

To add insult to injury it was Kepa’s woeful penalty that proved to be the decisive moment as Liverpool ran out 11-10 winners in the nail-biting shootout.

Tuchel’s decision to put on Kepa, who also failed to save any of Liverpool’s spot-kicks, has been roundly criticised.

When asked why he brought Kepa on, Tuchel told talkSPORT: “It was a bit difficult today.

“We talked about it before, it was not decided. We said we’d respect how the game goes.

“It’s absolutely no trust issues with Edou. Kepa trains a lot with the players on penalty shootouts throughout the whole season on a daily basis. He is so, so strong on it because he has more time in training than Edou.

“It is a kind of a boost when he comes on because everybody knows how good he is so then we tried to implement it with the substitution.

“If somebody now says it’s a mistake, this is what goes on with decisions. You take them and they need to be taken, not when you can judge them after.”

Although the match finished goalless after extra time, it was an enthralling contest at Wembley with both sides having goals ruled out.

Romelu Lukaku thought he’d fired Chelsea ahead in the first period of extra time but the goal wasn’t given due to offside.

VAR confirmed the decision, however, replays show the call was very marginal. But Tuchel took issue with the way VAR looked back at the move.

Romelu Lukaku races through to smash in a powerful strike! 💥

VAR takes a closer look though and rules it out for offside by the narrowest of margins 🧐 pic.twitter.com/W2C63yMqW1

“I have seen goals where I thought it was like a clear offside they were given on some strange line and in favour to the attacker.

“Like we always say, in games like this where it’s so on the edge you need a bit of luck.”

It’s been an incredibly eventful weekend for Chelsea, with owner of almost 20 years Roman Abramovich announcing he was handing over ‘stewardship and care’ to trustees of the club’s charitable foundation amid Russia’s invasion of Ukraine.

Fans will be concerned over what this means for the future of Chelsea but Tuchel believes it’s business as usual from a footballing perspective.

Tuchel added: “I think nothing will change much for me. I talk on a daily basis to Marina and Petr Cech about football and strategy in football and this will not change.

“I think things will stay the same.”