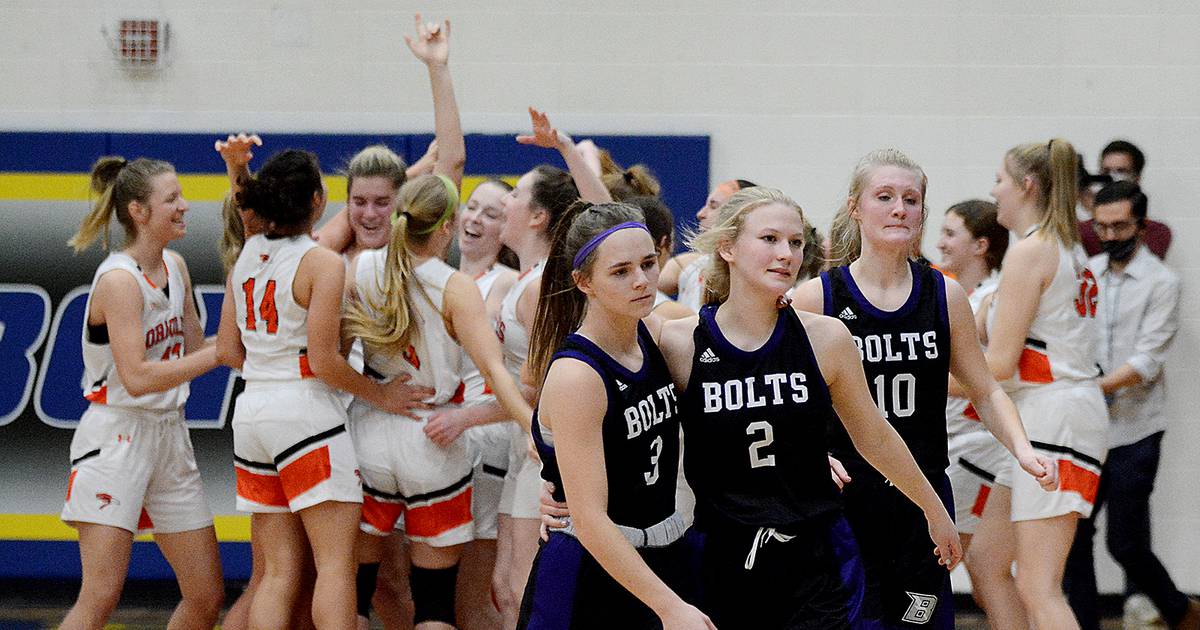 The Bolts won their first 24 games this winter, set all kinds of benchmarks for defensive efficiency and won its first outright conference championship.

Sometimes the other team is just better.

That appeared to be the case in the Class 1A Region 5 championship game as third-ranked Springville used a 14-0 run in the second quarter to pull away from No. 15 Baxter during an 87-54 victory at Benton Community High School.

“We didn’t play our best game defensively but playing them can make you look like that, too,” Baxter girls head basketball coach Eric Padget said. “There’s a reason they are ranked third in the state.

“I’m super proud of my team. Your season is not defined by one game. We had 24 wins and a conference championship.”

The Bolts’ first-ever regional championship game will be the last of Padget’s coaching career. He officially resigned from his post earlier this season.

“Tonight was tough. You don’t really ever want to end your career on a loss like this, but I couldn’t think of a better season to walk away after than this one,” Padget said. “I can’t really put a finger on why it’s time. I think you just know when it’s time.”

The Orioles advanced to the state tournament for the seventh time in eight seasons and will be the No. 3 seed when the tournament begins at Wells Fargo Arena on Feb. 28.

The team features one of the best players in 1A in Lauren Wilson. She came into the game averaging 25 points, 12 rebounds and 4.2 blocks per game and finished with 28 points, 17 rebounds and six blocks against the Bolts.

“We came into the game thinking we either had to stop her or stop the 3-point shot,” Padget said. “And if they did both then we were probably in trouble.”

Unfortunately for the Bolts, Springville did both. The Orioles (23-1) came into the game with 150 made 3-pointers and hit 6.5 treys per game. They were 10-of-23 from deep against Baxter and shot nearly 55 percent from the floor.

But the Bolts (24-1) hung around for more than a quarter. They recovered from an early 6-2 hole when Elie Tuhn scored and got fouled. Emie Tuhn also made a pair of free throws and it was 10-8 and 12-10 Orioles after Elie Tuhn converted layups.

A layup by Lilie Vansice closed the gap to 13-12, but Springville led 17-12 after one and went up 19-12 when Wilson began the second with a bucket inside the lane. Wilson will play at the next level at NCAA Division II Concordia St. Paul.

“We just don’t have the size to match up with her,” Padget said. “She isn’t just big though. She’s great around the basket. She moves well, she’s a good ball handler and she’s good with both hands. She’s the best player my girls will have played probably in their careers.”

The 14-0 run by Springville in the second featured 3-pointers by Wilson and Grace Matus and four free throws by Savannah Nealman.

The Bolts got within 15 in the third following a pair of buckets by Vansice and 3-pointers by Emie and Elie Tuhn.

The Orioles answered with three consecutive 3s though and the lead grew to 29 at the end of the third before Mandee Selover canned a triple to drop the margin to 67-41 after three quarters.

Buswell began the fourth with a 3 and Emie and Elie Tuhn also hit treys in the period. The other buckets came from Abbie Meyer and Vansice.

Springville was 9-of-10 from the foul line and out-rebounded the Bolts 46-23. The Orioles delivered 29 assists on their 34 made shots.

Elie Tuhn, Vansice and Ally Padget each ended their high school careers with this loss.

“They set the standard of excellence for the program,” Coach Padget said about the three outgoing seniors. “No matter who comes behind them, they will have to look at those three seniors and say that’s who we have to be. They are tremendous leaders and they do so much behind the scenes, too.”

After Wilson, Springville got 18 points from Morgan Nachazel and 11 points, eight rebounds and six assists from Matus. The Orioles take an 11-game win streak into the state tournament.

Notes: Coach Padget spent about 15 years coaching in the Baxter district. He was the head coach for every Bolts’ team and served as CMB’s head coach for about eight years. He doesn’t know who will take over as head coach but has endorsed all three of his assistants — Dan Tuhn, Aaron Shanks and Kyle Krampe — for the job. “I have three really capable assistants who have passion for this game and knowledge of the game,” Coach Padget said. “It’s just time to pass the torch. I don’t know to who yet. But all three are extremely capable head coaches. It’s time to give someone else a shot at it.”