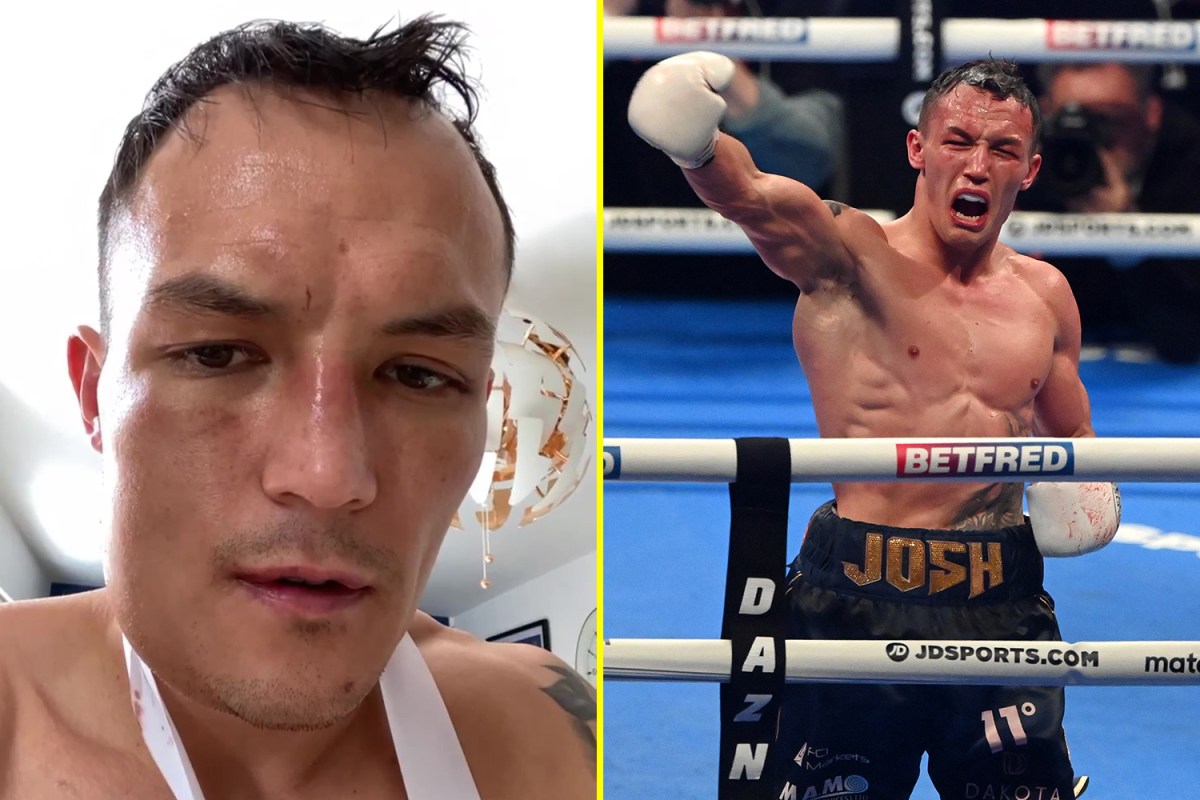 Josh Warrington showed off his swelling after breaking his jaw in his victory over Kiko Martinez on Saturday night.

He knocked out Martinez in the seventh round after a furious flurry of punches forced the referee to step in.

The new champion celebrated emphatically upon regaining his old belt as big featherweight fights now await him once more.

But the victory came at a cost as Matchroom chief Eddie Hearn revealed Warrington broke his jaw in the fight.

The 31-year-old took to Instagram to show off the damage from his jaw and revealed he will be on a liquid diet for the next couple of weeks.

“So, because of the old jaw, it’s looking quite a size now,” Warrington said. “I’m on a liquid diet all this week and next.

“No fry-ups on a Monday like normal. Instead, I’ve got porridge in a cup all liquid and watered down.

“Haha, the things you have to do and price you pay to be champion.”

Martinez also had some scars to show, posting on social media his badly cuts eyes and forehead wounds.