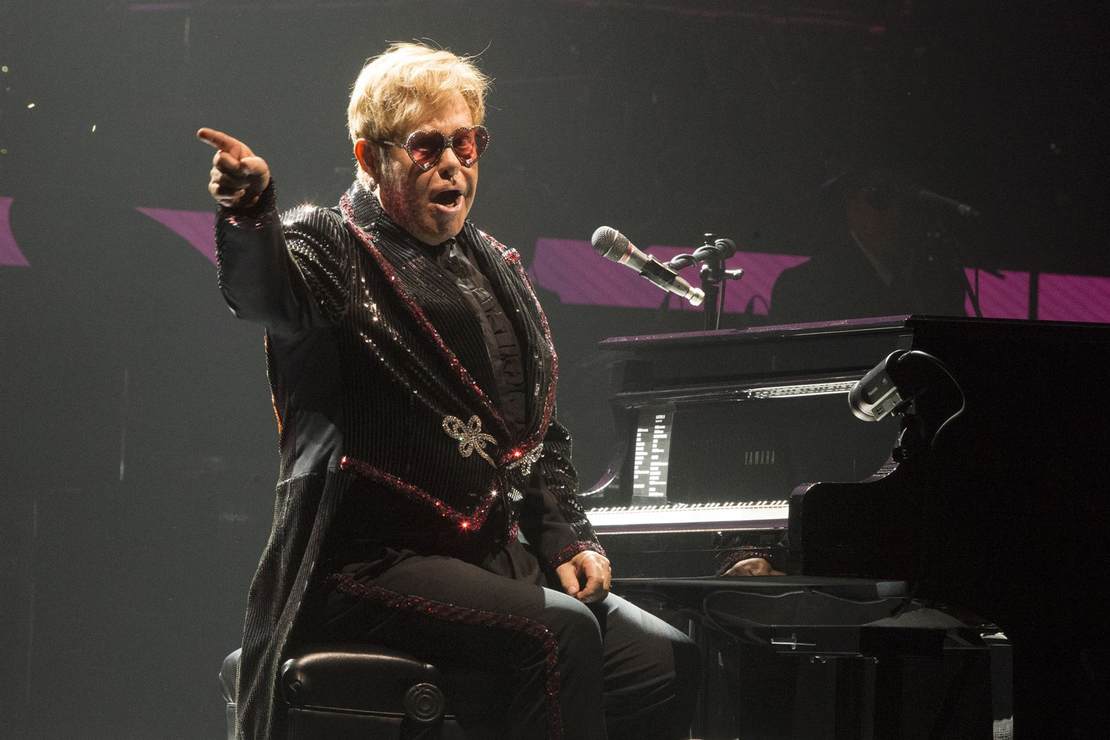 It’s Elton John. Elton John has been announced as the entertainment choice for an event that will be held at the White House on Friday night.

The event is scheduled to be held on the South Lawn and the theme is “A Night When Hope and History Rhyme.” So far there is no indication of what it is that the White House is celebrating this time. The title of the evening’s event suggests perhaps it is something having to do with social justice, or more appropriately for this administration, political expediency. The phrase comes from a famous and often-quoted passage of Seamus Heaney’s “The Cure at Troy”, the poet’s version of Sophocles’ Philoctetes. It was his first venture into drama.

At its heart is the conflict between personal integrity and political expediency, and the ways in which the victims of injustice can become as devoted to the contemplation of their wounds as the perpetrators are to the justification of their system. In this, Heaney saw parallels with the violence then still raging in Northern Ireland. The Chorus speech from the play’s closing scene was to become one of his most famous and oft-quoted passages:

‘But then, once in a lifetime
The longed-for tidal wave
Of justice can rise up,
And hope and history rhyme.’

Joe Biden holds grandiose visions of his presidency. He came into office proclaiming himself a transformative figure. He sees himself as an FDR or a JFK. Mostly, of course, he’s been Jimmy Carter but Biden’s world is a fantasy land. Perhaps the event’s title references the White House’s desire to promote the idea that Biden is ushering in the perfect storm of big government spending and socialist programs, like the Green New Deal 2.0 , a.k.a. the Inflation Reduction Act. Democrats hope that by election day in November, voters will award their candidates with votes and not lose control of the House and the Senate.

Sleepy Joe is sticking with performers in his own age group. The White House brought in James Taylor, 74 years old, to perform at the wildly inappropriate celebration at the White House of the Inflation Reduction Act on the very day the DOW responded to economic reports and closed over 1,000 points down. He started off with a cringeworthy song choice, “Fire and Rain”, a song about suicide and heroin addiction. The split screen of Taylor playing a Debbie Downer song at an over-the-top celebration to cheerlead for Democrats against the DOW closing with such a big loss that day was surreal. Biden’s America.

The pandemic is over and the White House is moving full speed ahead to bring back festivities, including big name entertainment. Elton John will be the featured performer Friday at the White House, as mentioned above. He’s now 75 years old and on his latest farewell tour in the United States. The choice of Elton John is an interesting one. John has a longtime semi-friendship with Donald Trump and was asked to perform at his inauguration. John declined, citing the fact that he is a British citizen and felt it wouldn’t be appropriate. He did, however, say he had played for a state dinner during the Clinton administration and would be happy to do so for Trump if the occasion arose. It didn’t, perhaps because of the pandemic. Is Biden having Elton John perform at the White House, in part, to deliver a poke in the eye to Trump? It’s not out of the question.

Hey, maybe Elton John will play “I’m Still Standing” and Team Biden and the Democrats can dream of Democrat victories on election night after his legislative wins in recent weeks. Biden’s job approval numbers are inching up ever so slowly. He’s still really unpopular but just not quite as much as he was earlier in his presidency.