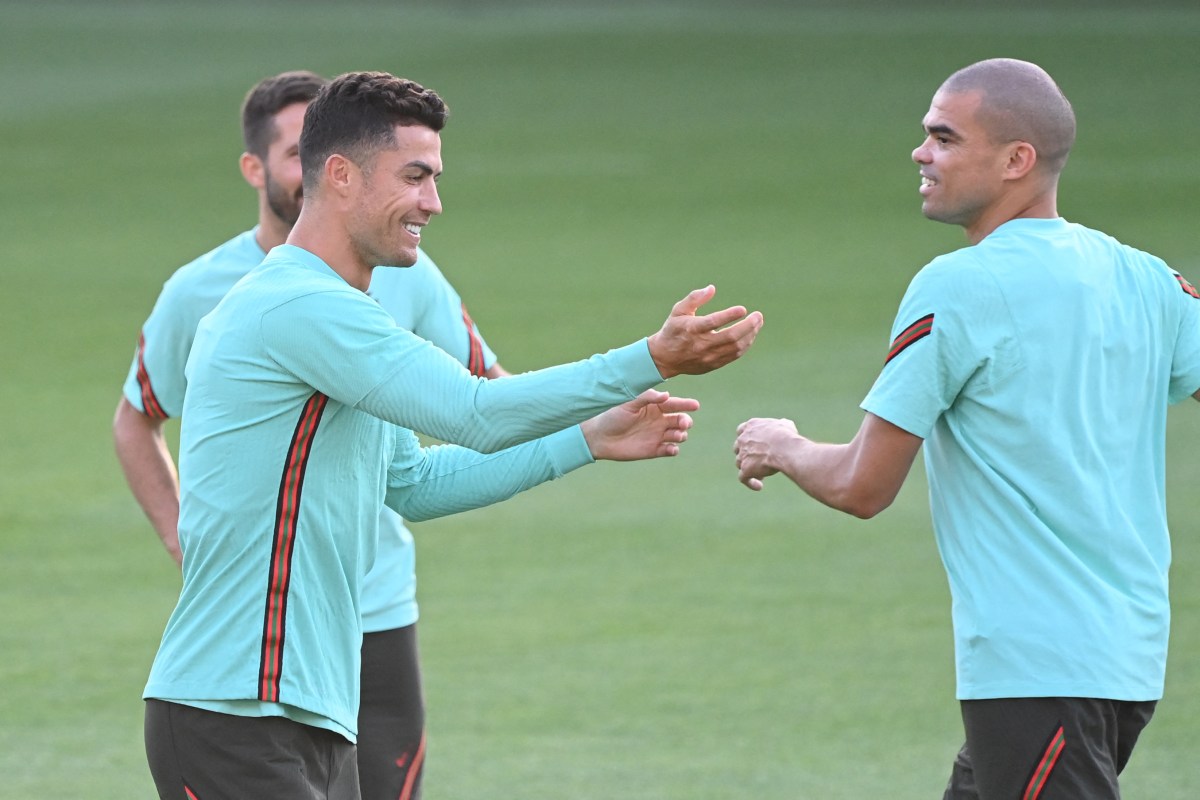 Cristiano Ronaldo and Pepe is one of football’s great bromances and it’s still burning as brightly as ever.

The veteran defender returned to the Portugal squad after he missed their 3-1 win over Turkey due to a positive coronavirus test.

And Ronaldo was clearly happy to see his teammate and friend back with the squad, shouting to him as he entered the training session: “Pepe is back! The king is back! Look out!”

They then embraced and laughed together before getting to work as Portugal prepare for their World Cup play-off against North Macedonia on Tuesday.

A win would see them qualify for the World Cup later this year – it would be Pepe’s fourth and Ronaldo’s fifth.

They would have had to take on European Champions Italy in the play, but North Macedonia shocked the Azzurri with a last-minute goal to secure a 1-0 win.

It makes Portugal’s job slightly easier, as they look to book their place in Qatar – but Manchester City’s Bernardo Silva is not taking their opponents lightly.

“North Macedonia won four of their last five World Cup Qualifying matches as a visitor, two of them against giants like Germany and Italy– that says a lot,” he said.

“They are an aggressive team, they will pressure us and will come with a lot of confidence. But the pressure at us always existed because it is not about the rival, it’s about going to the World Cup.

“We have to be at Qatar and can’t let our fans down.”

“You eat well, sleep well and stay focused. Our team is full of experienced players that are used to playing decisive matches for the biggest clubs in Europe.

“We all know how those games work and we have to work hard and stay focus in our objective that is going to Qatar.”