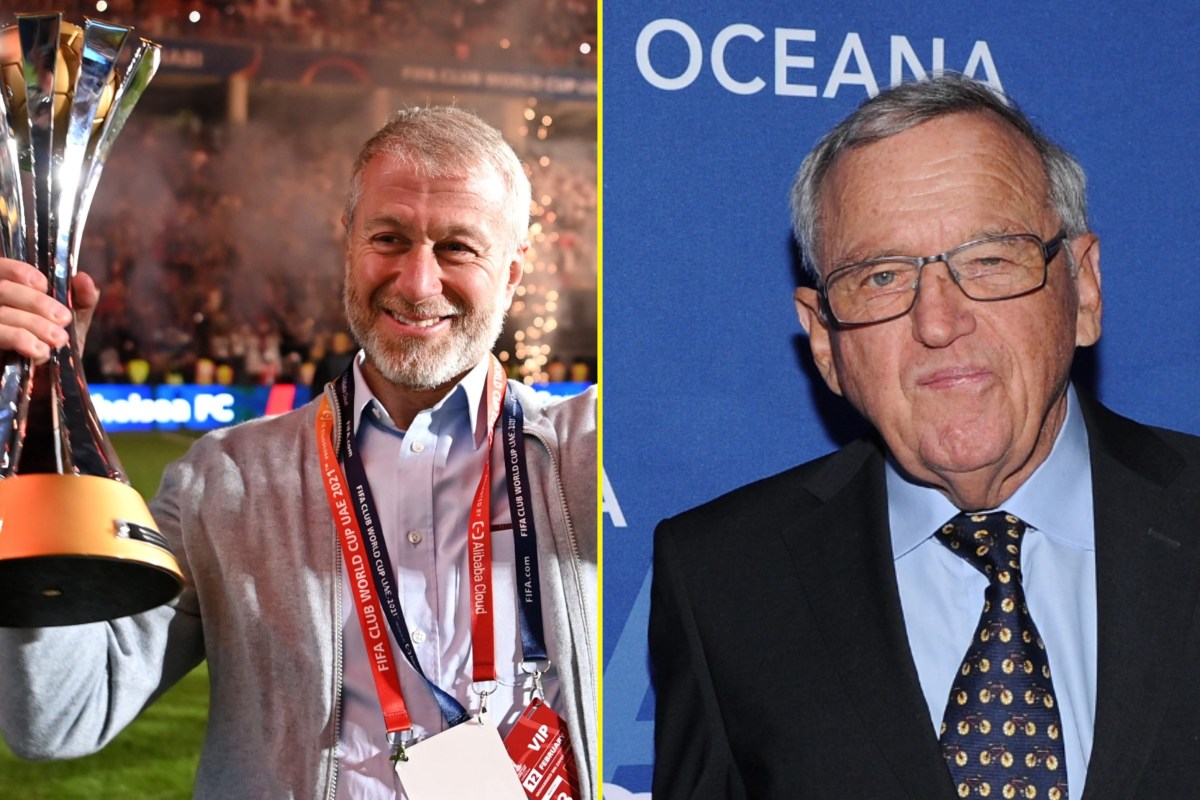 Swiss billionaire Hansjorg Wyss says he has been offered the chance to buy Chelsea Football Club, amid claims Roman Abramovich is ready to sever his ties to the UK.

Abramovich has owned Chelsea since 2003 but announced last week he was handing over its ‘stewardship and care’ to the trustees of the club’s foundation.

The move came amid increased scrutiny on Russian oligarchs in the UK due to Russia’s invasion of neighbouring Ukraine.

Labour MP Chris Bryant has called for the Government to impose sanctions on Abramovich after a number of other Russian businessmen with ties to president Vladimir Putin had already fallen under such penalties.

Bryant claimed in parliament on Tuesday that Abramovich is selling his homes in London as he is ‘terrified’ of potential sanctions.

There is now intense speculation over the future of Chelsea, with Abramovich reportedly ready to sell up.

Swiss billionaire Wyss, 86, claims he is one of four people to have been approached about purchasing the club, but Abramovich is ‘asking far too much’.

In an interview with Swiss newspaper Blick, prospective buyer Wyss said: “Like all other oligarchs, he is in a panic.

“Abramovich is trying to sell all his villas in England. He also wants to get rid of Chelsea quickly. I and three other people received an offer on Tuesday to buy Chelsea from Abramovich.

“I have to wait four to five days now. Abramovich is currently asking far too much. You know, Chelsea owe him £2 billion.

“As of today, we don’t know the exact selling price. I can well imagine starting at Chelsea with partners. But I have to examine the general conditions first.

“But what I can already say, I’m definitely not doing something like this alone. If I buy Chelsea, then with a consortium consisting of six to seven investors.”

Abramovich is alleged to have had close ties in the past with Putin, but he has attempted to distance himself from the Russian president.

His spokesperson this week claimed Abramovich was trying to broker peace between Ukraine and Russia.