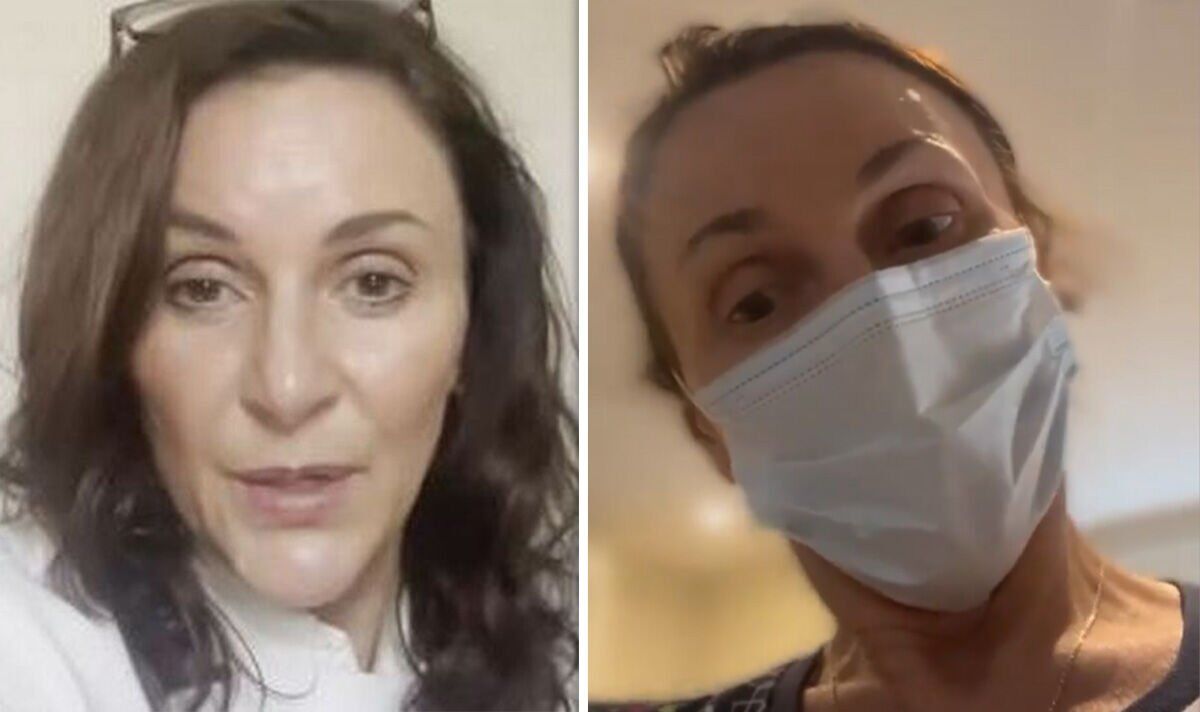 Shirley Ballas, 61, shared an insight into her health with her 235,000 Instagram followers, as she revealed she is currently isolating with Covid. The Strictly Come Dancing judge previously went through a “scary” time when she caught the virus last year, as it left her struggling to “remember her own name”.

Shirley took to Instagram today wearing a mask as she shared how her second experience of Covid was going.

The Strictly star sounded tired when updating her followers, as her voice was coarse and she didn’t have her usual energetic spark.

“So day three of my Covid and so cleaning the silver and staying busy because I can’t sit,” she told her fans.

“Anyway, thank you for all your well-wishes. Feeling a little bit better today.

“Hopefully it will clear in a couple of days. Hope everybody’s having a really good time.

“I’m cleaning this one now,” she added as she panned the camera towards a large jug. “Keeping busy!”

In 2021, Shirley left fans worried after she admitted she had struggled terribly when she caught the virus during the pandemic.

Shirley and her partner Danny Taylor, 48, tested positive for Covid last year, with the illness leaving her bed-ridden.

In the interview, which took place months later, Shirley admitted she and Danny were still feeling the after-effects of the virus.

“There are now some other issues that have occurred,” she said. “We both got Covid and were both poorly and we’ve both had ­after-effects, from tiredness to certain lumps and bumps, and we’re dealing with that.”

Shirley is the head judge on BBC’s popular show Strictly Come Dancing and will return for another series this year when it returns in the autumn.

The dance pro will be joined by longtime judge Craig Revel Horwood and Anton Du Beke, who made his debut as a judge last year after previously acting as a professional on the show.

The Strictly line-up for 2022 has now been revealed, with a mix of famous faces poised to take to the dancefloor.

Countryfile’s Helen Skelton was the latest to be announced, with star sharing: “I’m really excited to get stuck into a fun adventure. My family and friends have always loved the show and can’t wait for me to get started.”

Some famous faces from the world of sport will also be getting stuck in, including football manager Tony Adams MBE and Paralympic gold medallist Ellie Simmonds.