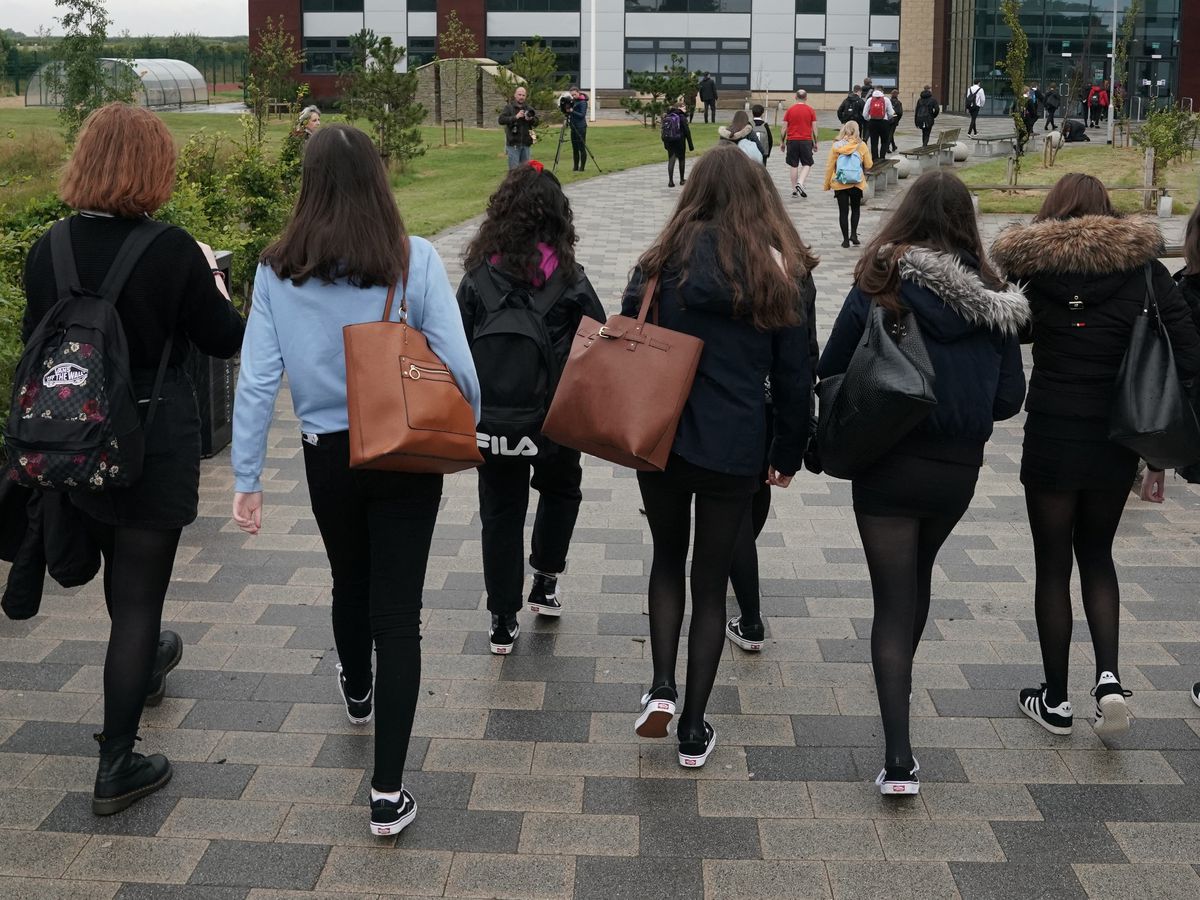 The proportion of families getting their top choice of secondary school place has seen a boost this year, a survey suggests.

Early figures indicate that in nearly two thirds of council areas – 64%  – there has been a rise in the proportion of Year Six pupils heading to their preferred secondary school in September.

On what is commonly known as National Offer Day, hundreds of thousands of families across England found out on Tuesday which secondary school they will be joining next academic year.

Findings from a PA news agency survey of local authorities show that, of the 58 councils that gave comparable data, 37 (64%) had seen a rise in the number of pupils getting their first choice compared with last year, while 21 (36%) had seen a fall.

But some areas, such as Luton, also saw significant falls in the proportion securing their first choice, with a 7% fall in those securing their top choice from 84.2% last year to 77.2% in 2022.

In London, three in 10 children missed out on their top choice but there was a 4% rise in the proportion of pupils getting their preferred secondary place compared with 2021.

According to data from the Pan London Admissions Board, 89% of London pupils – 82,733 children – were offered a place at one of their top three preferences of secondary school, a 2% increase from last year.

In total, the number of applications to London secondary schools has remained relatively stable, with 92,672 pupils applying for a place in September this year, a 1% decrease on the previous year.

Pan London said factors such as varying pressures on councils and the longer-term impact of the pandemic, which meant families moved for work, as well as the ongoing effect of Brexit could explain changes in application numbers.

In Greenwich, 65% of pupils were offered their top choice, a 5% rise from last year, while Southwark saw the highest percentage of pupils get their first choice of school since records began, with 69.3% of families getting their top choice.

Paul Whiteman, general secretary of school leaders’ union NAHT, said: “This can be an anxious time for families.

“Choosing the right school and securing a place there is a huge moment in a child’s life, and not everyone will get their first choice today. There is a population bulge that is currently hitting secondary schools, which means places are even more under pressure, especially in certain areas of the country.”

He added: “The problem is that in an increasingly fragmented school system we lack a co-ordinated approach to place planning.

“Local authorities are responsible for ensuring sufficient school places, but the powers and resources necessary for them to do so have been removed. Instead, planning is haphazard; decisions are being made in isolation and new schools and new school places are not always being commissioned in the areas they are most needed.

“Until the Government creates a national strategy to guarantee there are enough school places for every child in England, the annual anxious wait for families will continue.”

A Department for Education spokesman said: “We know secondary school offer day is an exciting day for families, and the vast majority of pupils will be offered a place at one of their preferred schools.

“Last year, 93.4 per cent of pupils received offers from one of their top three choices of secondary school.

“Delivering good quality school places in all corners of the country is a top priority for this government, and pupils are much more likely to be receiving a place at a good school than they were over a decade ago – with 86% of schools rated good or outstanding now compared to 68% in 2010.”