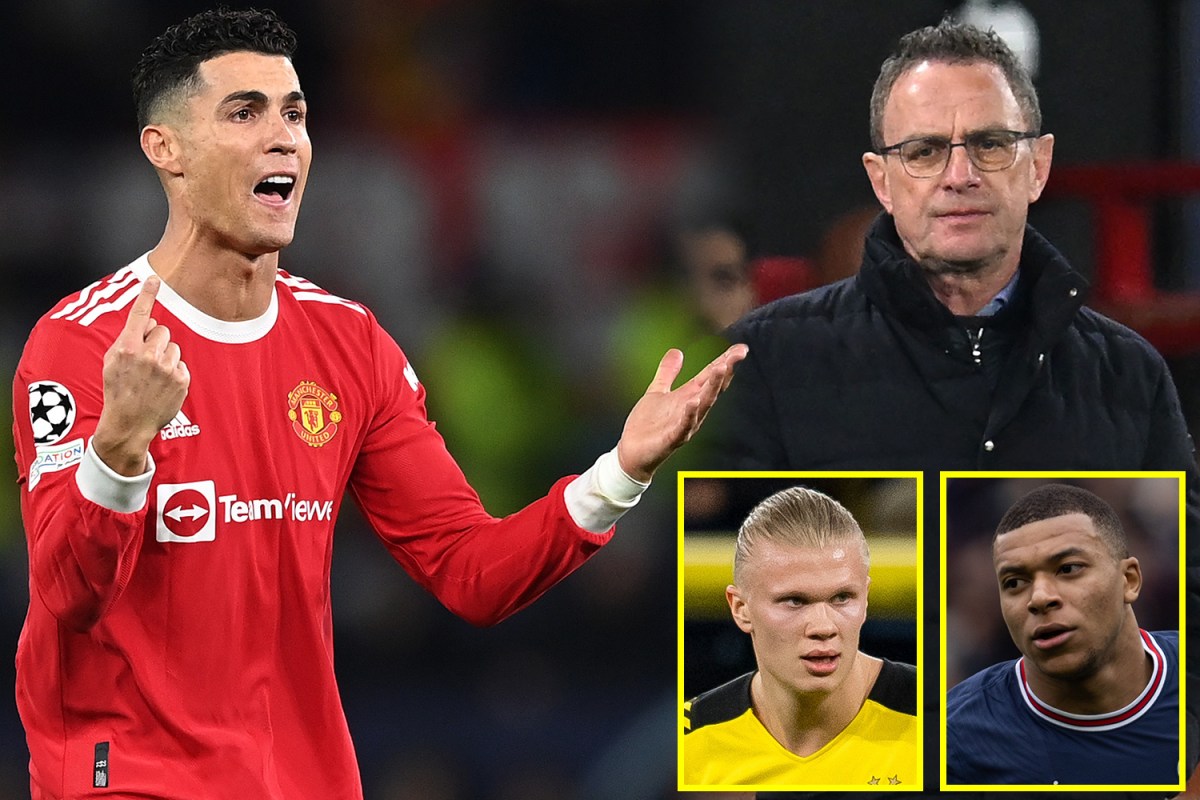 A 1-0 defeat to Atletico Madrid knocked the Red Devils out of the Champions League, consigning them to a fifth straight season without a trophy and for the first time since 2005, the Portuguese icon ends a campaign without silverware at club level.

There was another personal low for Ronaldo as he did not have a single shot in the match, which is only the third time in he’s failed to do so in Champions League matches.

Opta says the last occasion came in 2011 for Real Madrid against Barcelona and the previous came in 2003 when playing for the Red Devils against Panathinaikos. Given that he scored a hat-trick against Tottenham at the weekend, it’s a damning moment for Ronaldo.

With no trophy coming to Old Trafford this season, the club now have one goal – to make sure they are back in the Champions League next season.

However, even that is out of their hands as they currently sit in fifth in the Premier League, a point behind Arsenal, who have three games in hand.

With the mood around the club extremely low, there is a lot to be done to get the 20-time league champions back to where they were.

However, club legends Rio Ferdinand and Paul Scholes think it won’t be a quick fix and the former defender added even signing the likes of Erling Haaland or Kylian Mbappe wouldn’t be enough to make Man United a title-winning side again.

“People say about how long its going to take [before Man United become a top club again], but it’s hard to put a number on it,” Ferdinand told BT Sport.

“I think we’ve had a lot of pain, and I think there’s still a bit of pain to come before we get to where we want to,” Scholes said.

“I keep saying it, until we get a proper coach, a top-class unique coach, that wins football trophies, strikes fear into football players [we won’t be back at the highest level].”

“I think once you get the manager, get the right person in place, you are talking minimum, two or three years before you can think about challenging [for major honours],” Ferdinand added.

“Liverpool and Man City [are right at the top], its a high bar now, consistency in which they play at the moment, the numbers they are getting… it could be two, three, four years, it could be that long before they are challenging,” the ex-midfielder reiterated.

“We haven’t had that for eight years, ten years, since Sir Alex Ferguson left and there’s no sign getting close to that, it feels we’re going in the opposite direction.

“If you bring in [Kylian] Mbappe and [Erling] Haaland this summer, [Man] United are still not winning the league.

“It doesn’t matter who you bring in, it needs to be from the top down.”