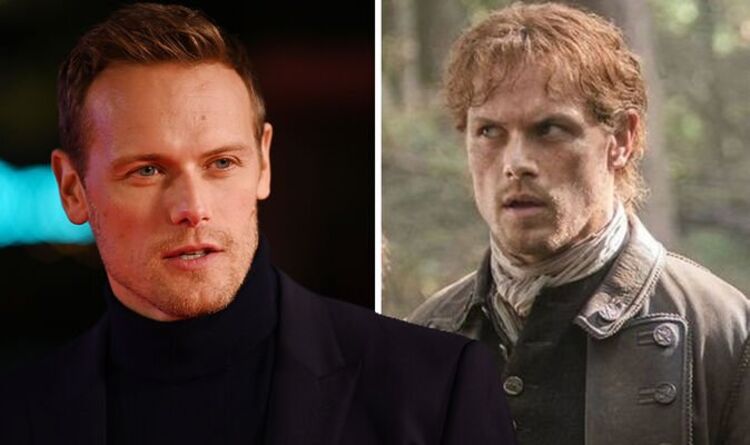 Sam Heughan will be back starring as Jamie Fraser in the highly-anticipated return of Outlander later this week. The actor will be appearing in season six of the Starz hit show but has now opened up about his first interaction with the writer of the books.

The series was written by American author Diana Gabaldon who wasn’t convinced by Sam at first.

She reportedly first called him “grotesque” when she was shown a picture of him ahead of his audition.

Sam opened up about this in a new interview, admitting he wasn’t what “she expected.”

Asked about being called grotesque, he said: “She did say that.

READ MORE: Paul McCartney’s daughter claims there are ‘different sides’ to him

“But that was my first reaction. I was like, ‘Are you sure?’”

Diana went on to admit: “Five seconds later he was gone, and it was Jamie Fraser there.

“I was astonished,” she added admitting she even clutched her chest at the footage.

The star walked the red carpet with co-stars Richard Rankin and Sophie Skelton.

However, his co-star Caitriona Balfe, who plays Claire Fraser, was unable to attend.

The actress wrote: “To all those saying it’s shameful I’m not there in person, I understand you’re disappointed but I also ask for some understanding as a new mom. (sic)

“I’m trying to do the best I can and not being able to fly across the world like I used to is a change but we are adapting….

“We’re all trying to give you all the best experience we can in new and challenging circumstances.”

You can read the full article in the Radio Times, available today.