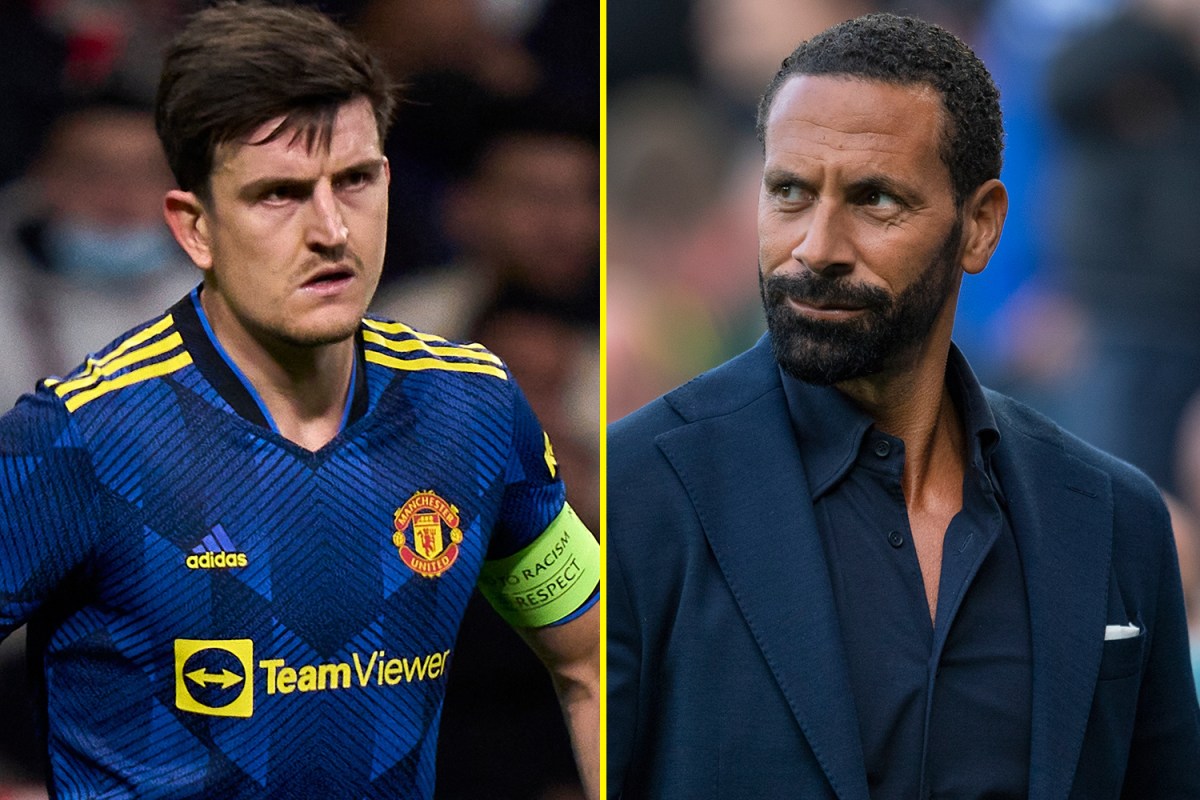 Rio Ferdinand has questioned whether Manchester United can win the Premier League title with Harry Maguire in defence.

The Red Devils captain, 28, is the most expensive defender in football history but certainly hasn’t played like it this season.

Maguire was dropped by interim manager Ralf Rangnick for the 0-0 draw against Watford on Saturday after an extended period of poor form.

The England defender has excelled for club and country in the past, but Ferdinand suggests his speed, or lack of it, is being exposed this term.

Rangnick is a proponent of ‘gegenpressing’, a high-octane style designed to regain possession by hunting the ball in fierce numbers.

Ferdinand believes that with men committed in high areas, the German’s philosophy requires a centre-back who can command the halfway line and everything behind, should the opposition escape the press.

And the legendary United defender suggests Maguire is too slow for that role.

“Is Maguire going to enable you to win the league? That’s a question as well,” Ferdinand said on his Vibe with Five YouTube channel.

“The thing about someone like Ralf Rangnick and all the top teams now is when they play, they play on the front foot and want to win the ball high.

“Therefore, you need defenders that can defend on the halfway line one v one, two v two or three v two if you want that security.

“But if you can play two v two or one v one on the halfway line, that enables you to have more bodies in the opponents’ half. Hence why teams do that, to win the ball early and be closer to the opposition goal to score goals.

“Liverpool do it tremendously well, Manchester City do it really well, Bayern do it. Three of the best teams on the planet and everyone is going that way of playing football. Rangnick’s style is like that.

“Can you do that with Maguire? That’s my problem, that’s my issue. His pace doesn’t allow for that, he’s always going to be looking over his shoulder.

“If I’m a quick centre-forward or a quick attacker, I would be hanging around where Harry Maguire is.

“For all the good traits he has in his game, that is a big weakness and that is a fundamental of all the top teams, to play one v one on the halfway.

“For Maguire, long-term, unless he can find an extra yard of pace it’s going to be difficult for him.