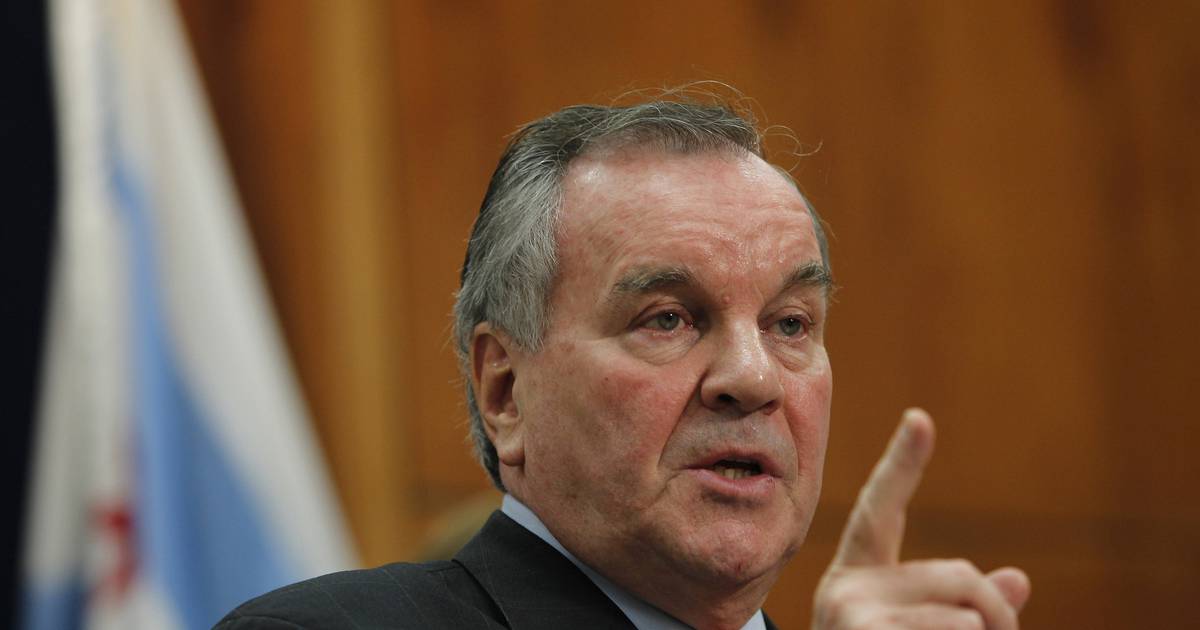 It appeared unlikely the 80-year-old Daley would be released from Northwestern Memorial Hospital Friday, said Jacquelyn Heard, spokesperson for the law firm Katten Muchin Rosenman, where Daley is of counsel.

Daley has undergone testing since he was hospitalized Wednesday after feeling “lethargic,” Heard said earlier. She’d described him as sounding “alert and in good spirits” on the phone.

The former mayor has suffered some health issues in recent years. In 2014, Richard spent time in the ICU of the same hospital after taking a fall; he reportedly suffered stroke-like symptoms that affected his speech.

Daley left office in 2011 after 22 years — a term that made him the longest-serving Chicago mayor ever and was one year longer than that of his father, the late Richard J. Daley. Richard M. Daley’s wife Maggie Daley, for
whom a lakefront park is named, died of cancer in 2011.

Maggie Daley Park is connected to Millennium Park, one of her husband’s major projects while in office. He made another big imprint on the lakefront by forcing the closure of Meigs Field, an airstrip on Northerly Island, by secretly having its runway turn up in the predawn hours.

Daley also masterminded the tearing down of many of Chicago’s public housing high-rises and sold the city’s parking meters to a private firm, a decision that has faced widespread criticism in the years since. He attempted unsuccessfully to lure the 2016 Summer Olympics to Chicago but did land the 1996 Democratic National Convention.