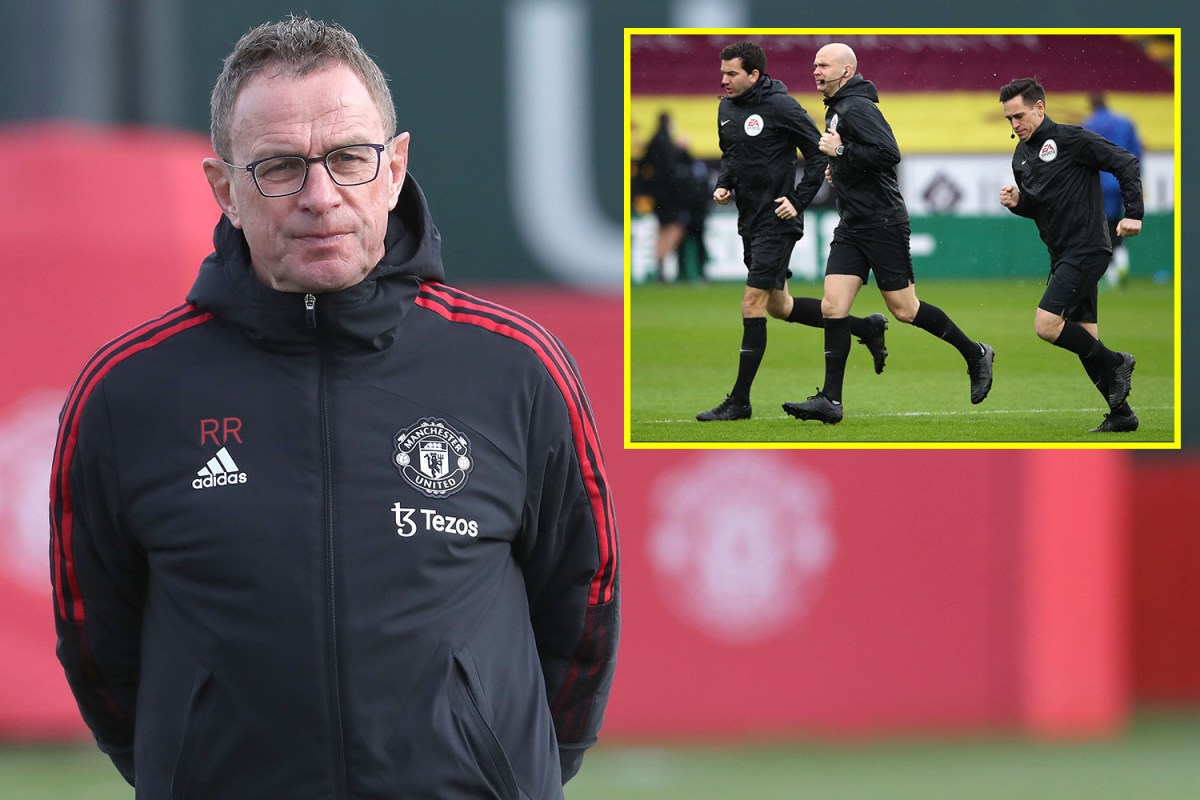 Referees could start training with clubs thanks to an idea put forward by Manchester United interim manager Ralf Rangnick.

There are concerns over the performance of officials in the Premier League and Rangnick is understood to have suggested that relations between players and officials could be improved if referees went to training grounds at top flight clubs.

The Daily Mail reports the German told a recent summit between managers and general manager of the Professional Game Match Officials Limited (PGMOL) Mike Riley that officials should train with clubs to allow players to get to know them rather than only seeing them at matches.

The report adds Rangnick’s idea was well-received, with every club agreeing referees should be given access to the elite facilities at Premier League clubs.

It’s understood Rangnick’s proposal is being reviewed by the PGMOL and it could happen as early as next season.

Details are yet to be ironed out but it’s thought the move would see officials permitted to use the facilities at clubs and could even be allowed to take charge of training-ground matches as part of an attempt to build a better understanding of the role.

Insiders told the Mail that the summit was ‘surprisingly good-natured’ despite fears it could get heated due to a number of controversial decisions this season.

However, concerns were aired as well. Liverpool boss Jurgen Klopp, Everton manager Frank Lampard, Norwich’s Dean Smith, Brighton’s Graham Potter and Rangnick stressed the need for dedicated VAR officers. They are understood to want to see intensive training and those with the correct skillsets selected to operate the system.

Also discussed was the need to review the ‘clear and obvious’ terminology VAR uses.

Burnley boss Sean Dyche, a huge critic of diving, is understood to have claimed that officials fail to implement the laws of the game when it comes to simulation.

The report adds clubs also asked for an explanation with regards to practice of officials in delaying offside flags with Riley said to be keen to reduce the number of instances of it.

Meanwhile, both Smith and Lampard stated their desire to speak to referees after matches and were told that the traditional opportunity to discuss the game with the official 30 minutes after the final whistle will be reinstated as part of the post-COVID return to normality.