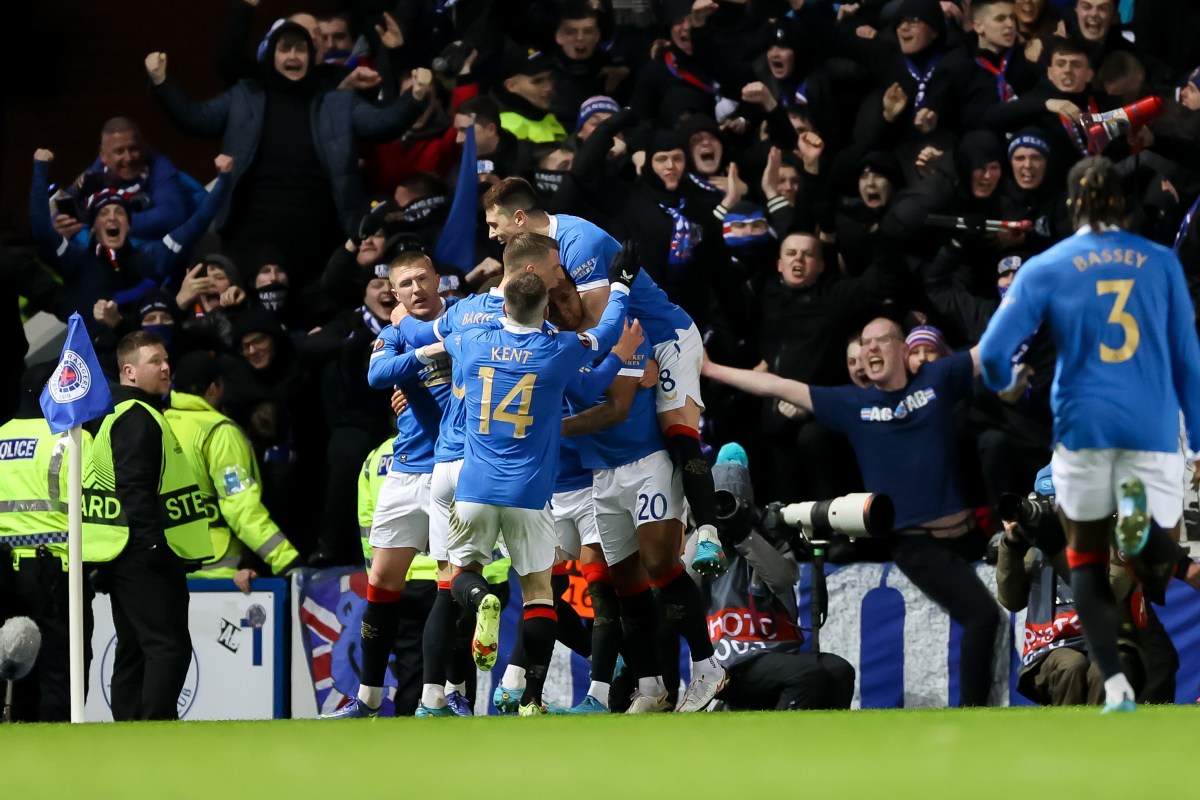 Rangers are just one step away from sealing their spot in their first ever Europa League quarter-final when they travel to Serbia this week.

Giovanni van Bronckhorst’s side take on Red Star Belgrade boasting a 3-0 lead from their first-leg clash at Ibrox earlier this month.

James Tavernier’s penalty and goals from Alfredo Morelos and Leon Balogun put the Gers in a commanding spot.

But the scoreline could have been so different as the Serbian side had three goals disallowed for offside and also a spot-kick of their own saved.

This Europa League clash will take place on Thursday, March 17.

The last 16 fixture in Belgrade is scheduled to kick off at 5:45pm.

Only Valencia in the 2013/14 quarter-finals have overturned a three-goal first-leg deficit in the Europa League when they beat Basel 5-3 on aggregate.

This second-leg contest will be broadcast live on BT Sport 3 with coverage set to begin at 5pm.

Updates will also be live on talkSPORT throughout the evening.

The hosts only injury concern is midfielder Veljko Nikolic.

Rangers meanwhile know they have four players one booking away from a suspension including Alfredo Morelos and Joe Aribo.

Scott Arfield is set to return after two matches out but Ianis Hagi and Steven Davis remain the only long-term absentees.

Defenders Filip Helander and Jack Simpson are unavailable having not been registered in Rangers’ Europa League squad.

Red Star Belgrade v Rangers: What has been said?

“We have to be mentally and tactically prepared,” said boss Van Bronckhorst.

“We know we are going to a place with a hostile atmosphere; this is something we need to cope with, with our experienced team. We need to enjoy playing in this atmosphere.

“Obviously when you play so many games in Europe you will have players one yellow card away from suspension, but this won’t impact our team selection.

“We will take our strongest 11 possible and do everything to win this tie.”