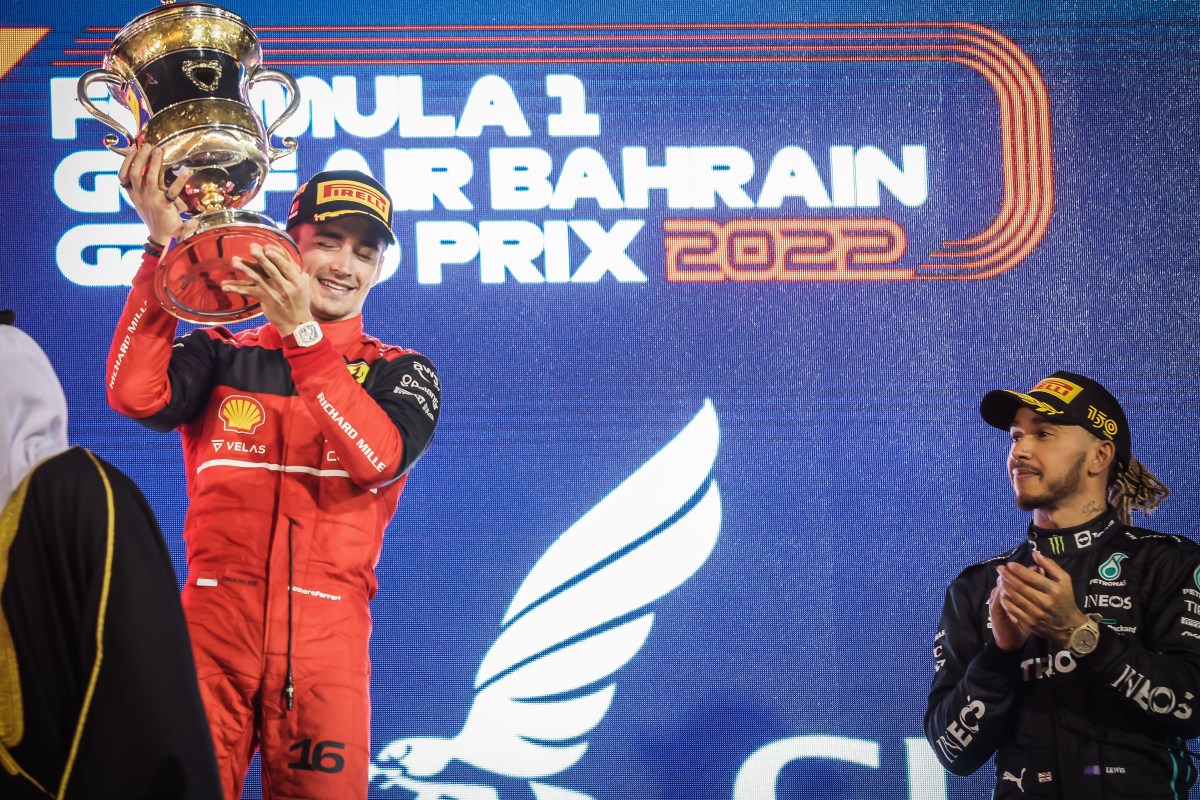 The new Formula 1 season is up and running as Lewis Hamilton looks to win back his championship from rival Max Verstappen.

Red Bull’s Verstappen won the title in the most dramatic of circumstances as he overtook seven-time champion Hamilton on the final lap of the final Grand Prix of last campaign.

But the first race of his championship defence ended in the pit lane as late drama took him out of the running in Bahrain.

Both Verstappen and Hamilton now face a genuine fight from the rest of the pack for glory as Ferrari’s Charles Leclerc kicked off the season in style.

The grid moves on to the Saudi Arabia Grand Prix this weekend.

Despite Hamilton missing out on individual glory in December, Mercedes did still claim an eighth successive title in the constructors last season.

And the introduction of George Russell to the team has helped them make a good attempt of claiming a historic ninth championship.

“Of course you can always say problems can happen and you might have a retirement,” the Dutchman said.

“But I think at this level, after already having so much information with engines and stuff, it shouldn’t happen.

“We already lost a lot of points again in one race weekend, so that’s just really not good, but of course I know that with one retirement it’s not over, but I would have preferred to have 18 points.”

Meanwhile, Hamilton said: “A big congratulations to Ferrari. I am so happy to see them doing well again. It is great to see Charles and Carlos up there.

“It was such a difficult race and this was the best result we could have got.

“We did the best we could and we are grateful for the points.”

Asked if he expects Mercedes to improve, Hamilton replied: “I am hoping and I know the guys are working hard.

“It will not be a quick turnaround but we are keeping our head down, we will keep working and there is a long way to go.”