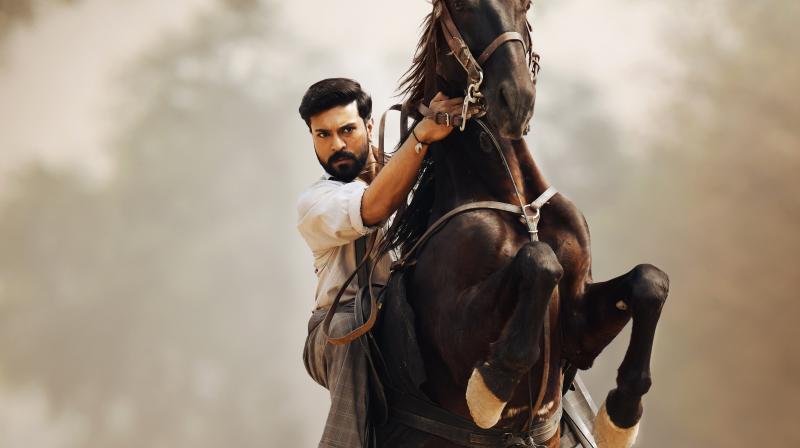 New Delhi: Ahead of his birthday last year, makers of ‘RRR’ unveiled Ram Charan’s character and this year, the 37-year-old superstar is garnering praises for his magnum opus.

Taking to his Twitter handle on Sunday, the birthday star expressed gratitude for all the love and appreciation he has been receiving for ‘RRR’.

Starring Jr NTR and Ram Charan in the lead roles, the movie earned Rs 223 crore worldwide on day one of its release on Friday. In India, the film minted Rs 156 crore on its opening day.

The magnum opus, which also stars Ajay Devgn and Alia Bhatt, became India’s biggest-ever opener after ‘Baahubali 2’, which had made Rs 217 crore worldwide on its opening day.

Set in pre-independence India, ‘RRR’ is a fictional take on the younger days of celebrated freedom fighters, Komaram Bheem and Alluri Seetharama Raju, portrayed by Jr NTR and Ram Charan.