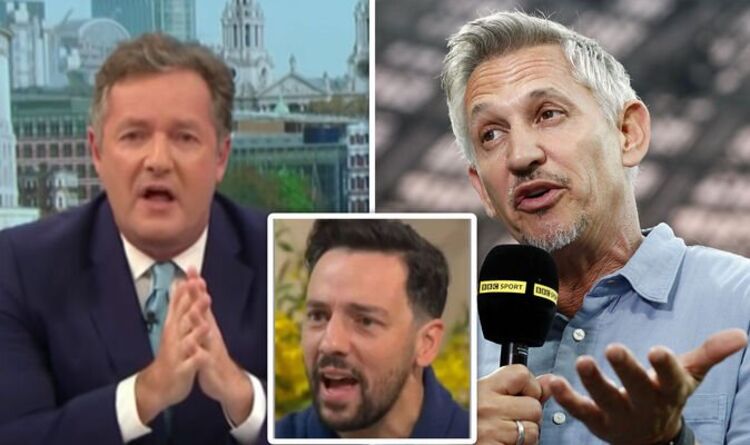 Ralf Little has waded into a row between Piers Morgan and Gary Lineker on Twitter. The Death in Paradise actor, 42, implied Talk TV star Piers was “abominable” in a tongue-in-cheek post.

The row first broke out when former Good Morning Britain host Piers and footballing legend Gary debated who was the best footballer of all time.

Piers, 56, is a huge fan of Cristiano Ronaldo, while Gary was singing Lionel Messi’s praises.

“Messi’s clearly lost his magic since leaving Barca. Ronaldo’s kept it at many clubs/countries incl back at United now.

To this, Gary simply responded with a screengrab of Piers’ pinned tweet, documenting an exchange he had with Ronaldo.

“‘You have good abdominals,’” it reads, alongside a photo of the pair together.
“Thank you, @Cristiano.

“Yours aren’t too bad either.”

As he reminded Piers about this post, Gary added: “Hmmmmm.”