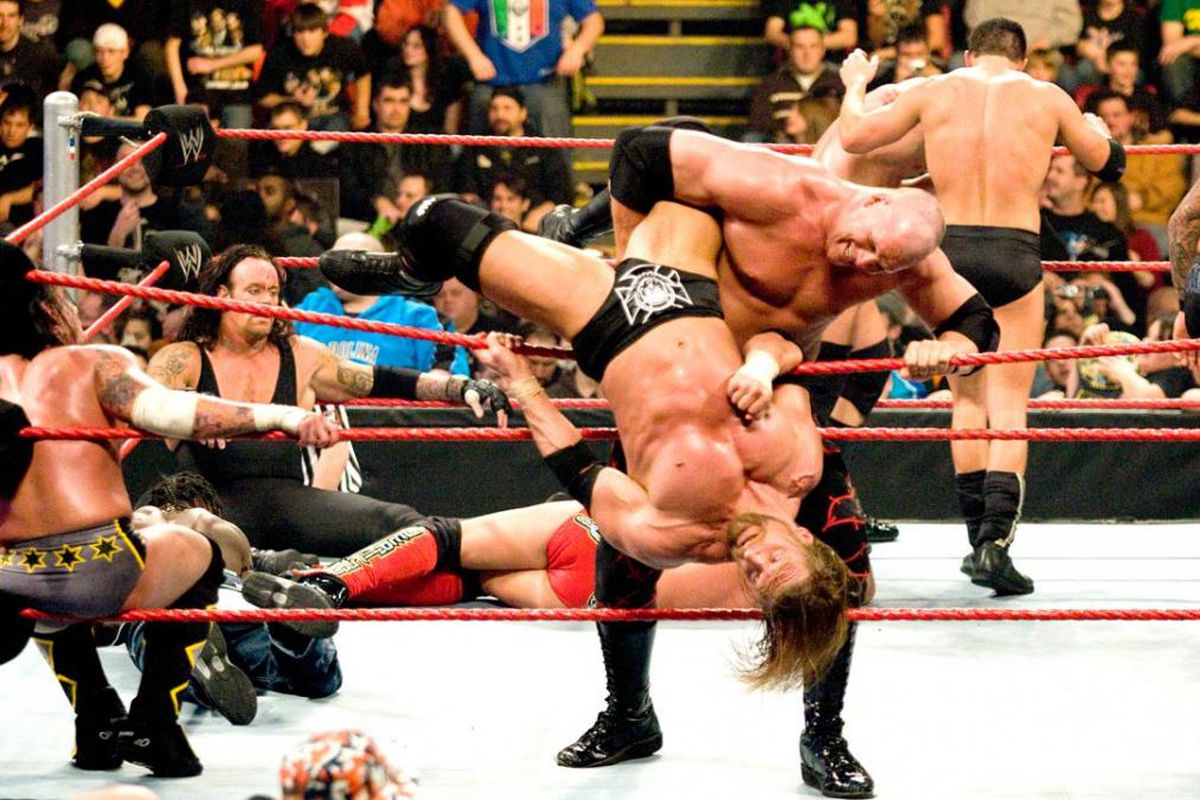 It’s Royal Rumble season and the speculation around what the surprise entries will be this year is at an all-time high.

A recent report by WrestleVotes suggested that WWE were interested in making use of the ‘forbidden door’ in professional wrestling and getting in performers from other companies.

Thanks to Sean Ross Sapp of Fightful, we know that WWE tried and failed to convince Knockout Tag Team champions The IInspiration – formerly known as The IIconics – to return, but they did succeed in bringing Knockout’s champion Mickie James back.

WWE has announced a host of legends for the Women’s Rumble with names like Lita, Michelle McCool and Summer Rae announced to return. On the men’s side, it’s been more quiet.

Fans got their hopes up that Cody Rhodes might appear because he is a free agent or perhaps Jon Moxley might because former Shield brothers Seth Rollins and Roman Reigns are competing against each other at the pay-per-view.

Neither were ever realistic.

But, according to PWInsider, two names from NXT are likely to show up at the Rumble.

Current NXT Champion Bron Breakker and Gunther, formerly known as WALTER, are scheduled to be present in the event at the weekend.

There’s no confirmation yet if they will be in the Rumble match or used in some other capacity, but they are scheduled to be at the event.

Breakker, son of wrestling legend Rick Steiner and nephew of another legend in Scott Steiner, recently told Bleacher Report he’d love the chance to be in the Rumble.

“If the opportunity presents itself, I’m going,” he said. “That’d be awesome. I’d love to have that opportunity, it’d be freakin’ nuts. I hope it happens.”

WWE has a stacked show for the Royal Rumble this year with Bobby Lashley vs Brock Lesnar in addition to Reigns vs Rollins. It all goes down Saturday night, January 29, 1am.