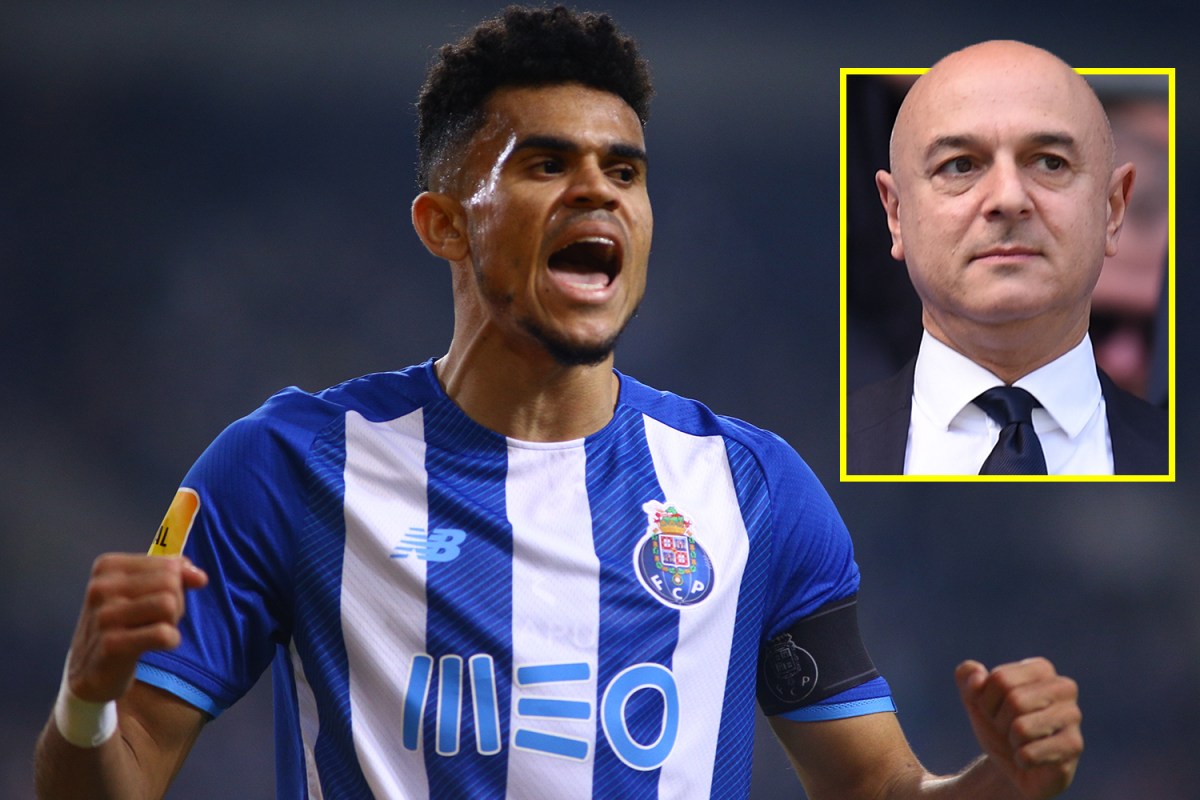 Porto are set to make life very difficult for Tottenham in their pursuit of Luis Diaz.

It is understood Spurs have tabled a £37million bid for the prolific Colombian forward, 25, but that’s not likely to entertain the Portuguese club.

Levy’s reputation for tough negotiating, as demonstrated by his refusal to sell Harry Kane to Manchester City last summer, is mirrored by Pinto da Costa on the continent.

Diaz has 14 goals in 18 Primeira Liga matches this season, his contract still has two-and-a-half years to run, and his release clause is fixed at £66m.

There are suggestions Porto could cash in for less this month, but with two stubborn negotiators in the room, both will stop at no length to pull the other closer to their valuation.

talkSPORT’s European football expert Lars Siversten said: “Tottenham are notorious in the UK for being difficult negotiators, never wanting to pay a penny more than they have to.

“I can tell you, on the continent, Porto are very well-known as being one of the clubs who are very difficult to sign from.

“They are not easy to deal with. They absolutely do not want to be under-sold. They’re going to make this difficult for Luis Diaz.”

He added: “The price tag, the £66m, is a huge fee for a player from the Portuguese league. But what Spurs have reportedly offered (£37m) is a long way short of what Porto want.

“Maybe somewhere between those two numbers, there is some sort of realistic figure they could arrive at.”

If Tottenham manage to land Diaz, fans have every reason to be excited.

According to Siversten, the Colombia international could easily slot in Jurgen Klopp’s Liverpool side.

“He’s a quick winger,” the pundit added. “He’s one of these modern wide forwards who likes to come inside and have a shot.

“I honestly had him pegged in my head as someone who would turn up at Liverpool when they start looking for long-term replacements for Sadio Mane and Mohamed Salah.

“He’s that sort of Jurgen Klopp, runs around a lot, speedy inside forward. I thought he’d be well-suited to them.”