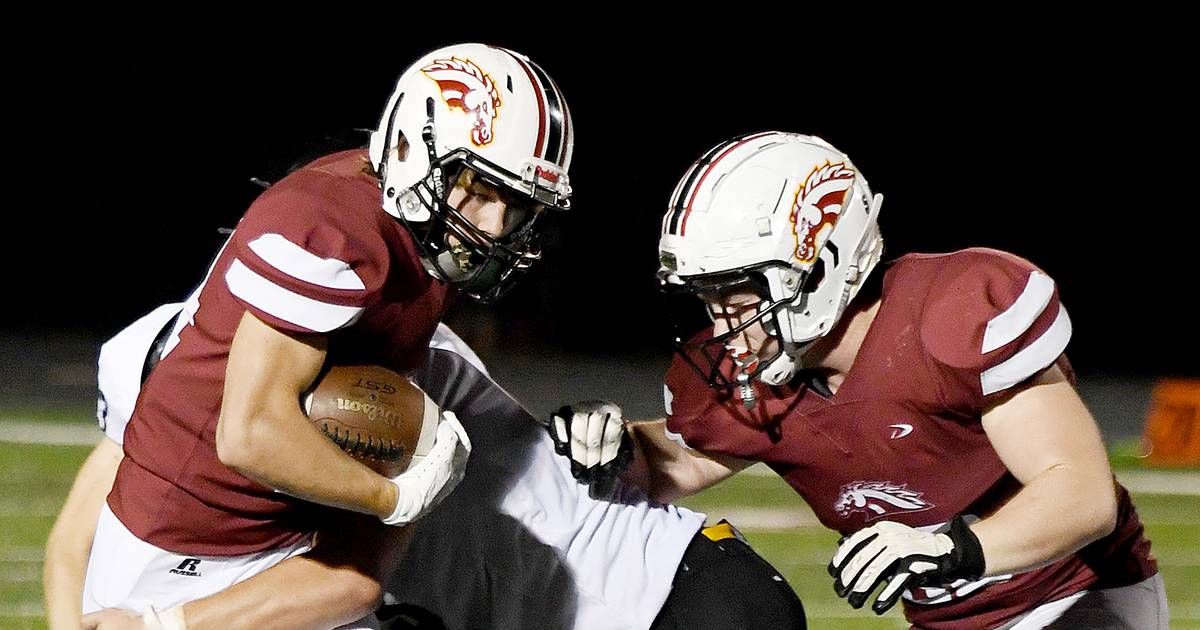 MONROE — Scoring on its first four possessions of the game, PCM’s football team celebrated a Homecoming victory on Friday night.

The Mustangs jumped out to an early lead, rushed for 274 yards and shut out Iowa Falls-Alden during a 42-0 win in the Class 2A District 7 opener for both teams.

Adrien Robbins rushed for a career-high 154 yards and three touchdowns on 16 carries and the Mustangs’ defense limited Iowa Falls-Alden to 101 total yards in snapping a two-game losing streak.

Robbins opened the scoring with a 1-yard touchdown run midway through the first quarter. Gavin Van Gorp, who started at quarterback, made it 14-0 with a 15-yard scoring run less than 2 minutes later.

In the second, Homecoming King William Vanderpool scored from 2 yards out to push the lead to 21-0 and then Robbins capped the first-half scoring with a 2-yard TD run.

Robbins ended his night with a 20-yard touchdown run with 9:12 to go in the third. That kicked on the continuous clock and PCM scored one more time in the fourth.

With 9 minutes to play in the game, Van Gorp connected with Jacob Wendt for a 2-yard TD pass.

Van Gorp rushed for 59 yards and a TD on six carries and was 6-of-8 through the air for 69 yards and another score.

The Mustangs (2-2 overall, 1-0 in the district) held a 21-6 advantage in first downs and the defense snagged two interceptions and recovered an Iowa Falls-Alden (0-4, 0-1) fumble.

The Cadets’ first five possessions of the game ended in a trio of three-and-outs and back-to-back interceptions.

Finn Wilson led the defense with 7.5 tackles, while Donovan Nickelson had 6.5 tackles and two tackles for loss.

Joel Greiner finished with five tackles, Vanderpool had four tackles and Justin Johnson and Griffin Olson each had 3 1/2 tackles and one interception.