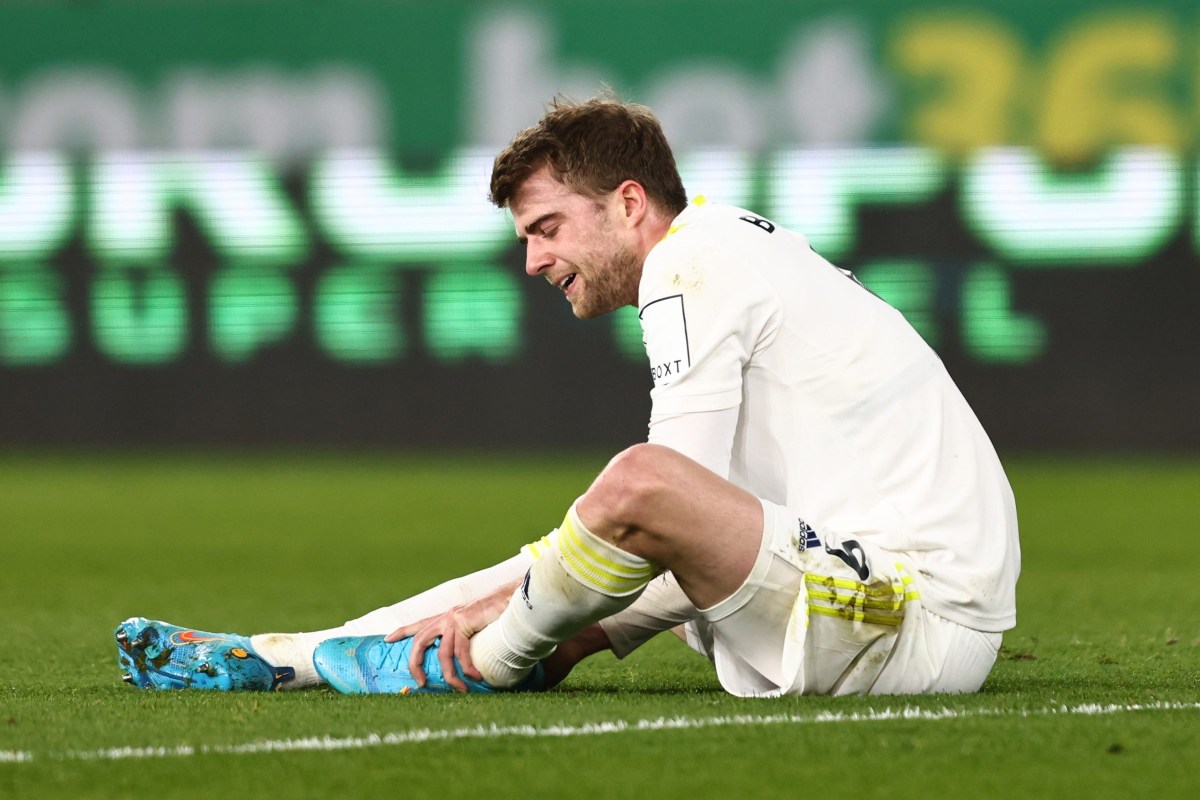 Patrick Bamford has suffered yet another injury setback with a foot problem leaving him sidelined for at least six weeks.

The striker was forced off after just 23 minutes of Leeds’ 3-2 win at Wolves on March 18 having collided with Wolves goalkeeper Jose Sa.

Leeds confirmed the 28-year-old has ‘ruptured his plantar fascia’. Bamford will not require surgery on his foot.

Leeds’ head of medicine and performance Rob Price said: “As all of the stats show, Patrick has put his body on the line for Leeds United for a number of seasons, he has played with a plantar fascia injury for the last 12 months and despite treatment and a prolonged period of rehabilitation, the injury has progressed from a partial tear to a full rupture.

“As all sports medics know, injuries to the plantar fascia are notoriously difficult to manage, but all concerned are confident that he will make a full recovery from this injury in good time.”

Bamford has endured a frustrating season with injuries having also been out hamstring and ankle complaints this term.

His absence has undoubtedly had an effect on his side, who are in the middle of a relegation battle.

The win at Wolves, as well as a late victory at home to Norwich, has given Leeds a seven-point cushion on the bottom three but they have some tough fixtures ahead.

On April 30 they entertain leaders Manchester City and go to Arsenal the week after. They’re also due to face Chelsea.

However, White boss Jesse Marsch has been boosted by the returns of Kalvin Phillips, Liam Cooper and Diego Llorente.

The trio are in contention to face Southampton on Saturday.