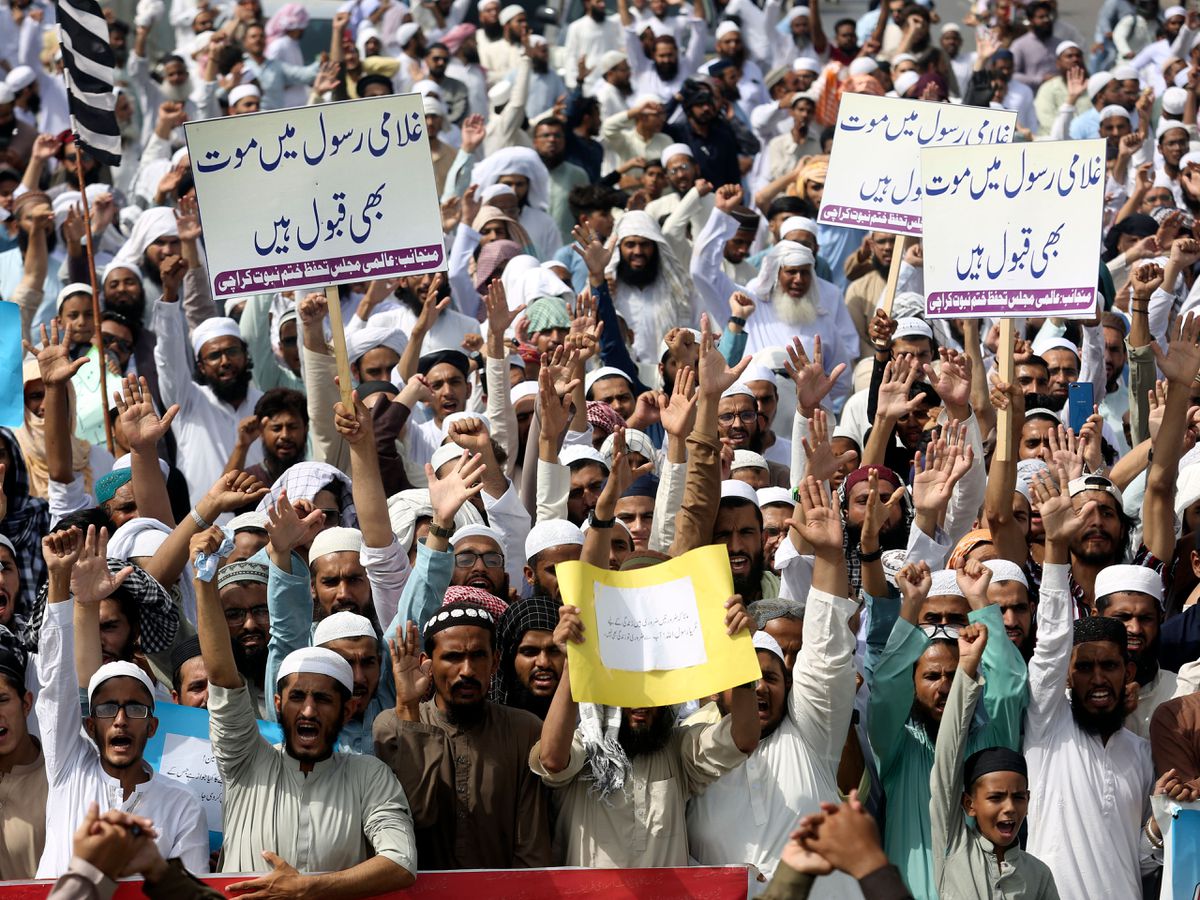 Pakistan’s foreign ministry said authorities were trying to trace and arrest suspects who desecrated a Hindu temple in Karachi, drawing condemnation from India.

In a statement, the ministry said that investigations were still under way, and that those who attacked the temple on Wednesday before fleeing the scene “will not escape justice and the government will deal with them with the full force of law”.

The statement came a day after New Delhi condemned the incident.

Arindam Bagchi, spokesperson at India’s External Affairs Ministry, expressed concern on Thursday over the vandalisation of the temple, saying it was “another act in the systematic persecution of religious minorities” in Pakistan.

However, Pakistan’s foreign ministry rejected Mr Bagchi’s allegation of systematic persecution, instead saying such violence was taking place against minority Muslims in India.

Anger has been growing in Pakistan against India since last week when two spokespeople for India’s ruling Bharatiya Janata Party made comments seen as insulting to Islam’s prophet and his wife Aisha.

Indian Prime Minister Narendra Modi’s party suspended one official and expelled the other, saying it rejects the insulting of religious figures.

On Friday, thousands of Islamists protested over the comments in Lahore and Karachi.

Pakistan and India have a history of bitter relations. Since they gained independence from British colonial rule in 1947, the nuclear-armed nations have fought two of their three wars over the disputed Himalayan region of Kashmir, split between them but claimed by both in its entirety.