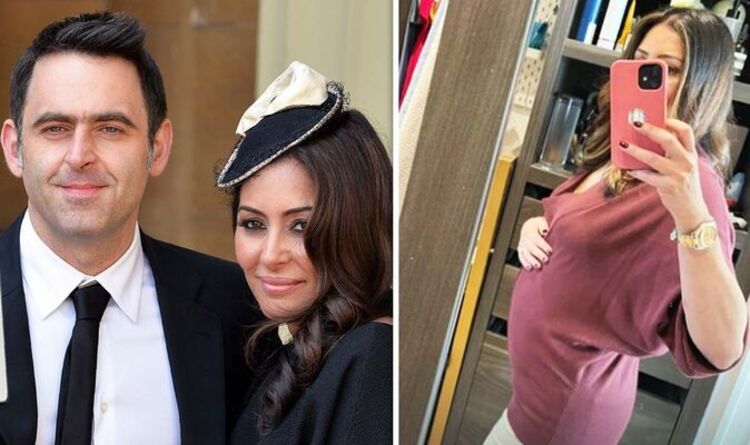 Laila Rouass, 50, took to her Instagram story on Saturday to share a puzzling snap with her 32,000 followers. The actress posed in what looks like her dressing room and drew attention to her stomach by wearing a tight-fitting jumper and placing her hand at the top.

The Footballers’ Wives star has one 15-year-old daughter, Inez, who she shares with her ex-partner Nasir Khan.

The actress confirmed the split in a tweet to her 25,000 followers.

She said: “After nearly 10 years of love and memories Ronnie and I have parted ways.

“Peace and love to you all.”

In a follow-up tweet the next day, Laila shared a poignant message about the nature of break-ups.

The pair first started dating in 2012 and became engaged the following year.

Laila previously revealed that their first meeting “happened by accident” when she viewed Ronnie’s house.

She told The Irish Times in 2016: “’I was shown around Ronnie’s house by his father, who told his son about meeting me.

“When she said he was a snooker player, I said, ‘Yeah, but what does he do for a living?’

“I’d never heard of him because sport doesn’t interest me at all, although Ronnie’s won me over to snooker.”

Despite a nine-year engagement, the pair were in no rush to get married.

Laila, who has been married once before, told The Mirror in 2019 that she would have to “really gear herself up for a wedding”.

Ronnie echoed that saying: “If something’s not broken, why fix it?

“If it’s working, why change the winning formula?”