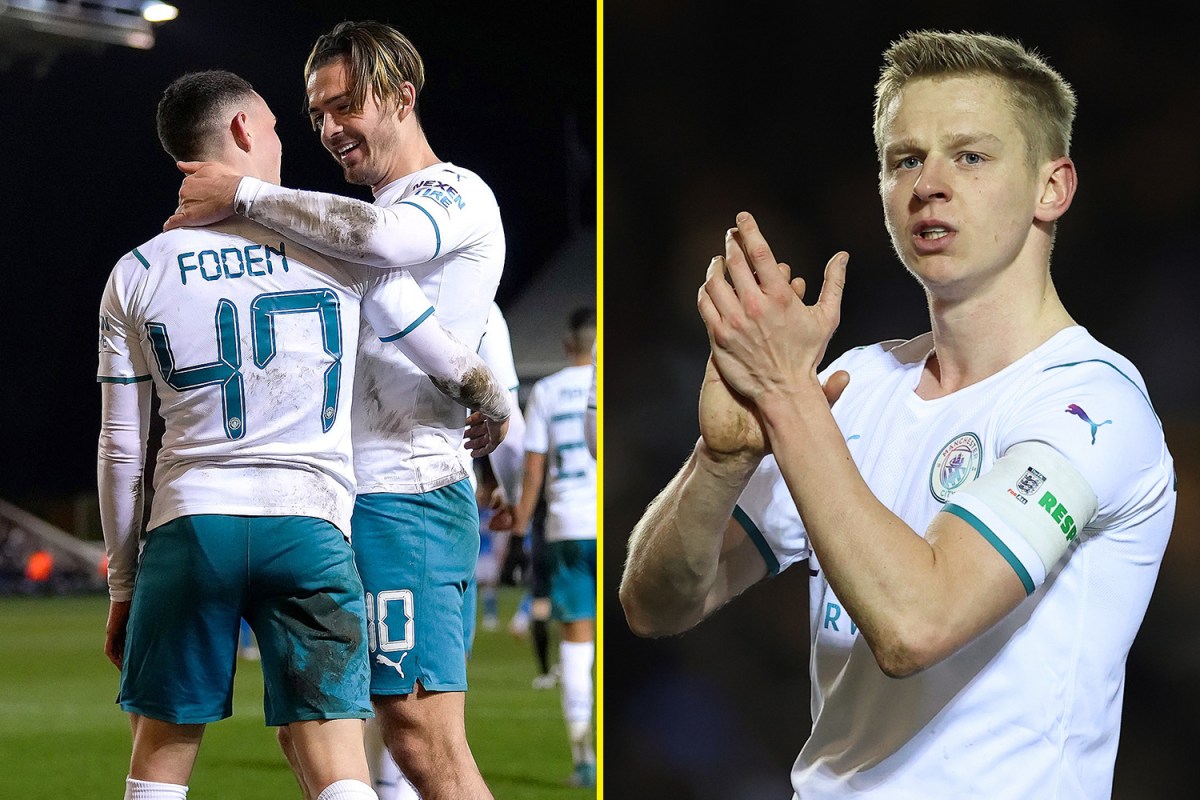 Oleksandr Zinchenko was handed the captain’s armband in Manchester City’s 2-0 win over Peterborough United in the FA Cup.

Ukraine international Zinchenko was handed the honour as a show of support against Russia’s invasion of his homeland.

He played the full 90 minutes as second-half efforts from Riyad Mahrez – his 19th of the campaign – and Jack Grealish’s first-ever FA Cup goal secured victory and a place in the quarter-finals.

Peterborough, rock bottom of the Sky Bet Championship, put up a fight but were ultimately outclassed with boss Grant McCann now turning attention back to their survival bid.

Zinchenko was shown crying at the support shown to Ukraine ahead of Saturday’s league win at Everton, where he was an unused substitute.

He captained the side here, walking out as the teams emerged from the tunnel carrying a Ukrainian flag along with Peterborough skipper Frankie Kent.

Pep Guardiola may have made six changes but his side boasted 11 full internationals, the City boss praising Fernandinho for his decision to hand the armband to Zinchenko.

“Our captain decided to give the armband to him, to show how important the situation is,” he told ITV Sport ahead of the game. “We are all at the club behind this gesture and behind my captain, who represents his country.”

Zinchenko’s name was cheered by all four corners of the Weston Homes Stadium but he could not bring about the perfect start to the tie.

The left-back, born in Radomyshl – a little over 50 miles west of Kiev – had the first meaningful chance but thrashed at a shot which ended up bouncing on the roof of the stand and out of the stadium.

New ball in play, it was the home side who briefly threatened as Jeandro Fuchs got in behind Nathan Ake and saw his low drive turned behind by Ederson in the City goal.

City’s array of talent – worth over £400million – were not having things all their own way as Ake picked up an early booking for cleaning out Ricky-Jade Jones, with the striker seemingly having him beaten for pace.

The pedigree of the visitors began to show as the first half wore on, Ilkay Gundogan bending a shot just wide on the half-hour mark before Grealish did well to cut a route into the box before blazing over.

Gabriel Jesus passed up a half-chance in stoppage time as Peterborough got to the break without seeing their porous defence breached.

Both John Stones and Aymeric Laporte came on at the interval as Ake and Ruben Dias made way but they could do nothing as Sammie Szmodics found space in the box, only to fluff his lines.

This Peterborough side have conceded an average of two goals a game in the Championship this season and, despite holding firm for an hour, they fell behind to City’s first shot on target as Mahrez fired between the legs of full-back Hayden Coulson and into the far corner.

The in-form Algeria international missed a good chance to double the lead minutes later but it would be Grealish who killed off the tie as he coolly tucked the ball home having collected a pinpoint pass from Phil Foden.

The Posh rallied momentarily and substitute Jack Marriott teed himself up to thump a shot at Ederson with his first contribution off the hosts’ bench.

But it was six-time FA Cup winners City who carry on in this season’s competition on a special night during difficult times for Zinchenko.