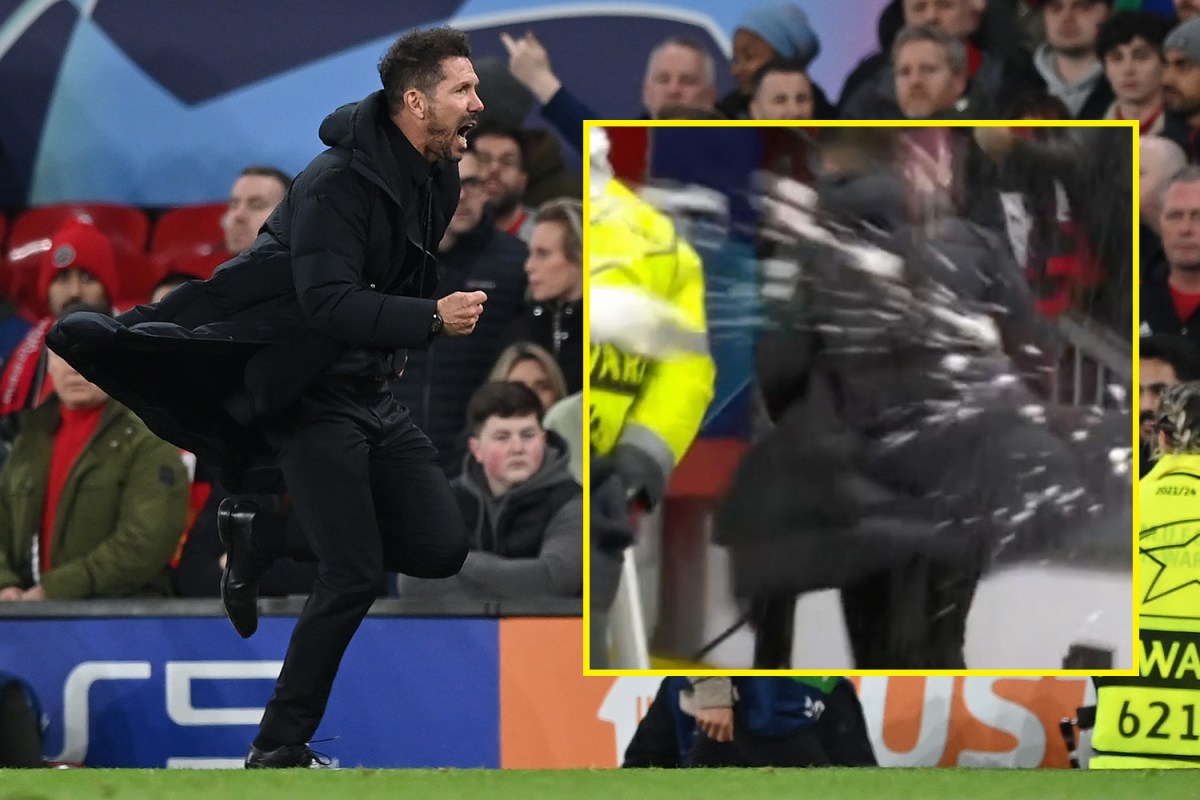 Objects were thrown at Diego Simeone as the Atletico Madrid manager raced towards the Old Trafford tunnel immediately after his side’s 1-0 victory over Manchester United.

The Spanish side’s narrow win was enough to send United crashing out of the Champions League with a 2-1 defeat on aggregate.

As the final-whistle confirmed the Red Devils’ fate, Simeone was seen sprinting down the touchline, dodging objects thrown from the stands, before eventually heading straight down the tunnel.

Reacting to the incident on the Sports Bar, ex-Tottenham midfielder Jamie O’Hara told talkSPORT: “Manchester United fans, some of you should be ashamed of yourselves throwing things at the manager as he’s trying to run down the tunnel.

“Unacceptable, you should be banned and more needs to be done with this because I’m sick of seeing it.

“Since we’ve come back from COVID with fans back in the ground, I don’t know why all of a sudden that fans think they can throw things at players, at managers.

“It’s not good enough, it’s not acceptable and it’s got to stop. There needs to be harsher punishments because I’m seeing it way too much.”

Meanwhile, United legends Rio Ferdinand and Paul Scholes heaped praise on the Atletico boss for delivering yet another masterclass away from home in Europe.

Ferdinand said: “They have a manager who knows how to put out a team to do a job.

“I’ve seen him put teams out at Anfield to do a job and he’s done it again today.

“They were so clever in the little details of the game, they slowed it down when they needed to.”

Scholes added: “It was a masterclass from a team, not a great team, going away from home and giving a performance that wasn’t brilliant, but it was street-wise.

“You see the manager on the side. You see him asking for a yellow all the time? I love the passion that comes from him.”

He continued: “They are not a better team than Man United, but they’ve got a better coach. A more experienced coach who knows how to get results.

“If he was coaching Man United, they go through in that game.”