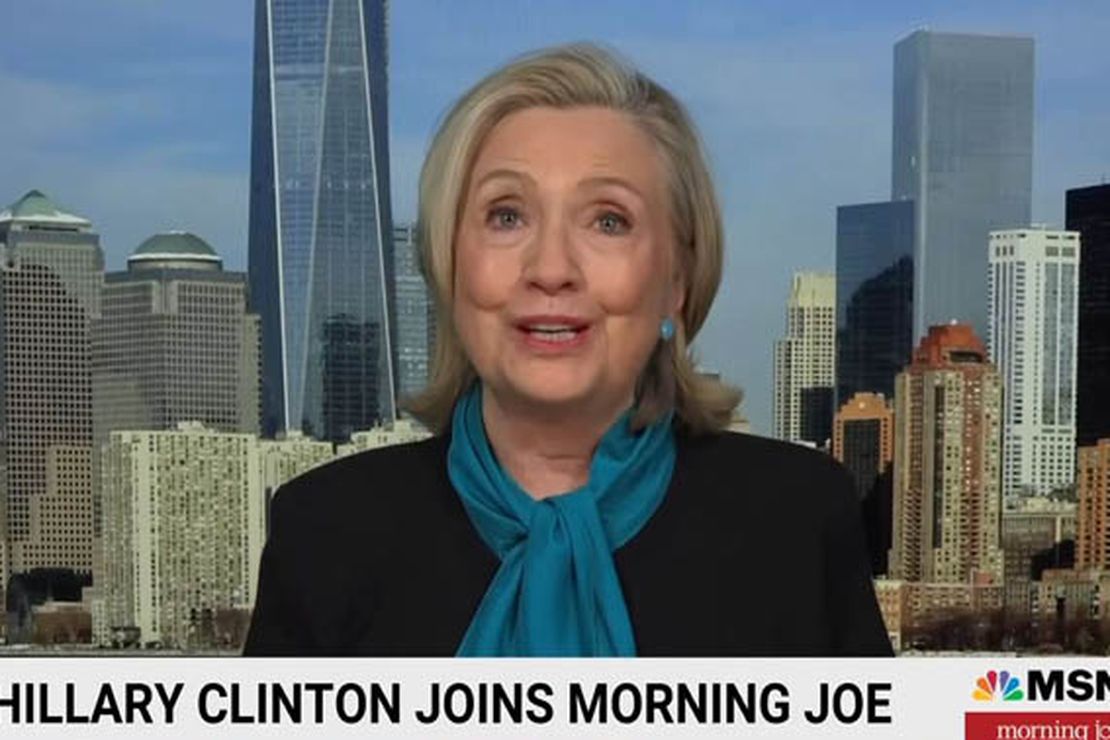 Jonathan Turley is responding to something Hillary Clinton said on Morning Joe earlier today. “Some politicians would rather not only have an issue but exacerbate it to the extent of literally human trafficking,” Clinton said.

The claim that flying migrants to Martha’s Vineyard was human trafficking didn’t originate with Clinton. In this case she picked it up from Joe Scarborough. As for where Joe picked it up, take your pick. So many thousands of angry progressives have been repeating this claim on Twitter in the last 24 hours that it’s hard to know where it started. In any case, Jonathan Turley attempts to put some dampers on the claim.

So MSNBC and these legal experts are telling the public that the consensual transport of migrants within the country constitutes human trafficking. Human trafficking is not synonymous with moving humans in traffic. It is a legal term and a serious crime. It is always dangerous to introduce actual law into these legal claims, but it is worth noting a couple of salient facts.

This is not a program designed to put people in “peonage” under 18 U.S.C. 1581. Under 22 U.S.C. § 7102(11), prosecutions are based on “sex trafficking in which a commercial sex act is induced by force, fraud, or coercion, or in which the person induced to perform such act has not attained 18 years of age” and “the recruitment, harboring, transportation, provision, or obtaining of a person for labor or services, through the use of force, fraud, or coercion for the purpose of subjection to involuntary servitude, peonage, debt bondage or slavery.”

Neither is at play in this program.

The Justice Department has long interpreted its mandate for prosecution under this provision as addressing “a crime that involves exploiting a person for labor, services, or commercial sex.”

He wraps up by saying, “I assume that Hillary Clinton is not arguing that Gov. DeSantis is transporting these migrants for exploitive sex or labor.”

Of course she doesn’t believe that but for some reason she’s eager to get her face on television again. I wasn’t sure why at first. This doesn’t seem like enough to draw her out but looking at the clips from this morning, the discussion of the migrants was only a portion of what she talked about. She also talked about the overturning of Roe v Wade, the search for classified documents at Mar-a-Lago and one more thing.

I think the actual reason why she showed up today was because Joe set her up for a whole segment plugging the Clinton Global Initiative. The Clinton Camp is clearly trying to gin up interest in this again six years after it shut down.

The Clinton Global Initiative, the signature event of the Clinton Foundation, is returning next week after a six-year absence.

The lineup for the Sept. 19-20 event again includes a mix of international leaders, politicians, corporate executives and celebrity philanthropists. Many participants make measurable commitments to action on problems such as climate change and world hunger.

So basically I think this appearance was meant to be free advertising for CGI and if she got a chance to take some shots at Trump and DeSantis in the process, why not. Here’s the full segment where she makes the claim about DeSantis being guilty of human trafficking.