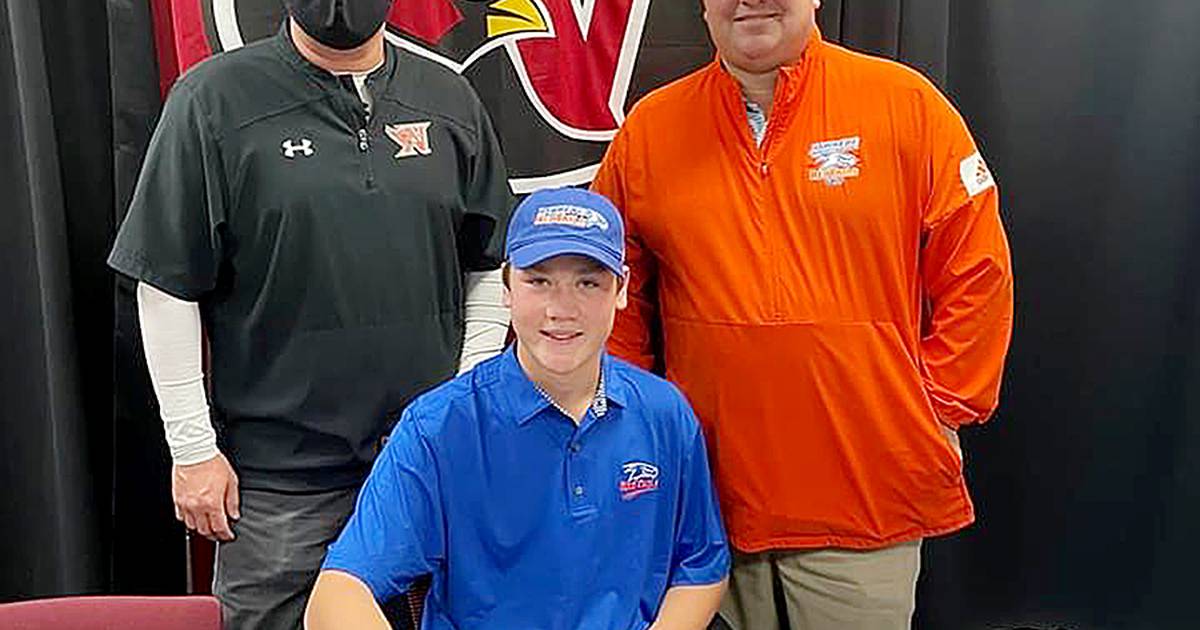 Newton senior Ethan Walker looked at a few schools during his college recruitment process. But only one school stood out as a perfect fit for Walker.

Wanting to leave his long-term future open, Walker will take his talents to Hawekye Community College where he plans to play collegiately for the first two seasons after high school.

“They have great facilities,” Walker said. “I knew it was the perfect fit for me.”

Walker is coming off a runner-up finish in the Little Hawkeye Conference tournament last spring and he was fifth in the Class 3A district meet.

“Ethan has been playing golf for years. He has really taken it to the next level the past four years,” Newton boys golf coach Pat Riley said. “Getting lessons and improving every aspect of the game has developed his skills into being a great golfer.

“His short game has always been good. Now he is more consistent on all parts of his game.”

Walker was on the varsity golf team as a freshman. That season, his nine-hole average was a 55 over the course of four rounds and his best nine-hole round was a 42. His 18-hole average was 86.33 and he had a low round of 80 over six rounds.

Besides the facilities, Walker liked the idea of playing golf for one of top rising JUCO programs in the country. The current roster also is sophomore-heavy, which means he should get the chance to earn a varsity spot in his first season.

“Hawkeye’s campus and school is awesome,” Walker said. “The facilities the golf program has are just as good as any other college in the nation. We also have four or five golf courses to play/practice from.

“My goal is to make the first team. I know I’m capable of that if I keep improving.”

Walker highlighted financial benefits and a chance to move to an NCAA Division I or Division II school in two years.

“He will be able to focus and play golf at a high level while having less trouble maintaining classroom responsibilities,” Riley said. “Junior college will allow him to get his core classes much easier and compete at a high level of golf.

“Also, if he decides to pursue golf at the D1 or D2 level, he will be able to transfer pretty much anywhere. The advantage is that he will learn how to golf at the college level playing at Hawkeye and will have more opportunities for learning and practicing with really good players. He will be a good college golfer if he really wants to. He has all the potential.”