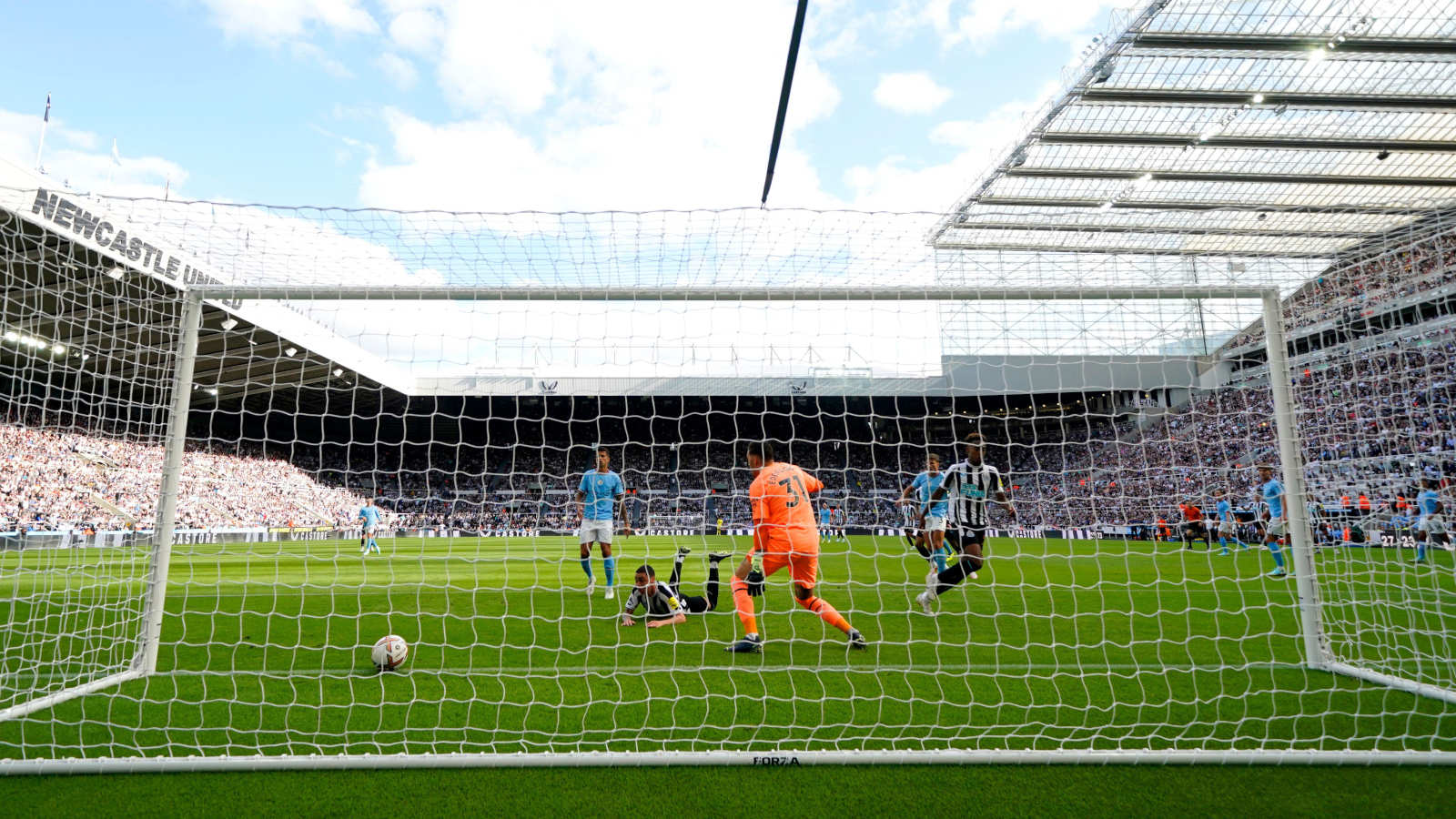 Newcastle were taught a familiar lesson, as Manchester City recovered from 3-1 down to claim a draw on a dramatic afternoon on Tyneside.

It was all a long way from the days of Gordon McKeag and Peter Swales, as The United Arab Emirates and Saudi Arabia met on this sunny summer afternoon on Tyneside. The days of these two clubs as the serial under-achievers are long-gone. One is nearing the complete dominance of the European game demanded by its owners. The other is just starting out on the same journey.

The Abu Dhabi project is well into its second decade, and things are going pretty smoothly. The ultimate prize, the Champions League, hasn’t yet arrived, but the Premier League has been colonised, the competition successfully reduced to one, at a push. The Premier League has been won for four of the last five years. They began this season as clear favourites to win it again and arrived in Newcastle having secured victories in their opening two games of the season without conceding a goal.

Saudi Arabia, meanwhile, are in their early days at Newcastle. The spending has been big but not as lavish as some might have been expected, but they hired the right coach and he pulled the team to comfortable safety last season. The new season has started brightly enough with four points taken – and no goals conceded – from their first two games, against Nottingham Forest and Brighton.

This match is a prototype version of a vision of football’s future, but it took less than six minutes for Newcastle to receive something of a reminder of the distance that they have to make up if they’re to fully realise the aspirations of their new owners.

Manchester City’s team oozes class from every pore, and it took just five minutes for Ilkay Gundogan to slip between two half-sleeping defenders to score a goal which undermined the many good things that had been said about the Newcastle defence over the course of the previous couple of matches.

But Newcastle grew into it. An open game and the vast swell of noise coming from the crowd invited them to throw players forward and when they attacked, particularly on the break, Manchester City’s defence creaked a little. Ederson had to make saves and clear opportunities were spurned.

After 29 minutes, a VAR call over a borderline offside gave Miguel Almiron one of the oddest goals of the Premier League season so far, deflected in off his hip after he threw himself at the ball like a man trying to smother a bomb. Less than ten minutes later, the first half turnaround was complete when Allan Saint-Maximin, who was all hustle, bustle and muscle, threaded the ball through to Callum Wilson, who stepped inside and and scored.

There is something fundamentally strange about watching a team of the quality of Manchester City being shown a thing or two by well-drilled and creative opposition. You can see that the quality hasn’t just disappeared. Phil Foden has not temporarily forgotten how to play football. Kevin De Bruyne’s peripheral vision is as supernatural as ever. But as Newcastle swarmed forward, their defence did play as though they were out of practice on how to deal with being got at.

Erling Haaland had drifted through the first half like a ghost, but five minutes after the beak he gave a reminder of his capability, lumbering to full speed and cutting through the Newcastle defence before sending a low shot that hit the base of the post. He’d barely been involved in the first half, but it has already become abundantly clear that he only needs to be barely involved in a game to change its outcome at a fundamental level.

Kieran Trippier was born in Bury and is a former Manchester City youth player, and a foul on Saint-Maximin gave him the opportunity to remind the club who rejected him of his quality, angling his free-kick with power and swerve to crack the ball into the top corner to another explosion of noise.

But you discount Manchester City at your peril, and within ten minutes they were level. Kevin De Bruyne remains their most sparkling jewel, and he teed up two sumptuous assists in four minutes, Haaland volleying in his cross and Bernardo Silva converting after he’d rolled it through the legs of Joe Willock.

And there was even something for those of you missing high-profile refereeing shenanigans after last weekend’s high jinks at Stamford Bridge, when Kieran Trippier felled De Bruyne. The referee initially gave it as a red card, only for the video assistant to intervene and for the decision to be rescinded upon review.

Although there were half-chances at each end and injury-time on top of injury-time after Dan Burn was whacked in the face by a clearance from one of his own team-mates, in the end the two teams couldn’t be separated on an afternoon which delivered on the drama, even if it couldn’t produce a winner.

For Manchester City, the over-arching feeling to be taken from this game will be relief at having come back to claim a point. In their two opening games of the season they’d been imperious, always in control, barely even in danger of conceding a goal, never mind dropping a point.

But this was an uncharacteristically sloppy defensive performance from Manchester City, who at times seemed surprised by the intensity of the opposition. Other Premier League managers will definitely be watching this performance to see if their teams can exploit this tiny glimmer of weakness in an otherwise formidable team.

It is a sign of how far Eddie Howe has already taken Newcastle United that they should be a little disappointed to have come away from a match against Manchester City with ‘only’ a point. On the one hand, that’s the very nature of the beast when you lose a two-goal lead, and on the other, it should serve as a reminder that, while they put in a performance which marks them out as definite contenders for a top four place in the Premier League this season, they do still have one or two defensive lessons to learn from the champions.

But Manchester City were made to sweat for the first time this season, and Pep Guardiola will be pondering his side’s defensive frailty. They came from behind, as is their wont, but they showed vulnerability in this game and looked defensively ragged more than once, and that is probably the best indication of how far Newcastle have come under Eddie Howe.