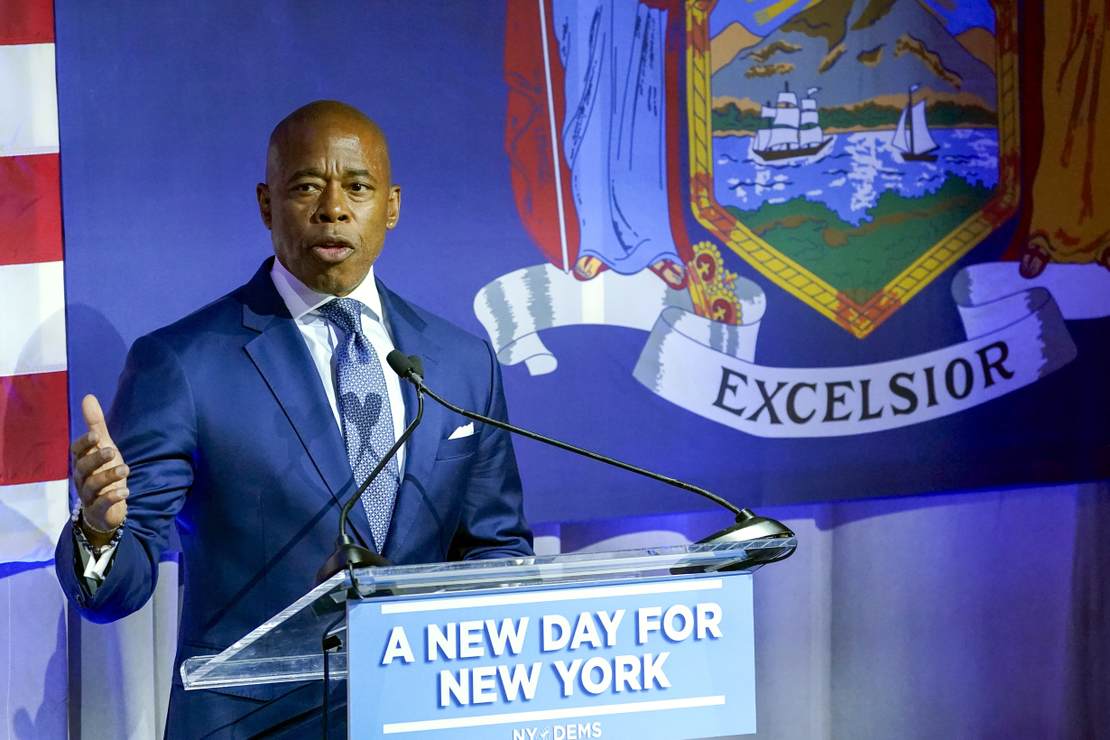 As the pandemic set in and no one was traveling, hotels were hard hit. Former NY Gov. Cuomo saw an opportunity to turn lemons into lemonade. If hotels couldn’t survive then maybe they would agree to sell and the city could covert the rooms into cheap apartments, something the city is definitely lacking. But despite $200 million in funding put up for this plan, not a single new apartment has been created in New York City. Part of the reason has to do with the end of the pandemic and the return of tourists. The other part has to do with union workers.

“During the pandemic, the middle of the pandemic, there was this really amazing opportunity for the city to purchase hotels at a very steep discount,” Brenda Rosen, president at the nonprofit supportive and affordable housing provider Breaking Ground, which has pursued conversions, said in an interview. “But now with the return of tourism, and people coming back to work and people traveling back into the city for conferences and other things, that opportunity is not nearly as great. I’d argue that it’s basically slipped away.”…

Hoteliers who employed union staff and wished to sell their properties for conversion have to first get the blessing of the hotel workers union, meaning developers are unlikely to find success converting union hotels, even if they’re keen on selling.

Breaking Ground was on the verge of buying and converting Midtown’s Paramount Hotel into supportive housing when the agreement collapsed after pushback from the hotel workers union, which wanted to preserve the hotel jobs at the site. The property has reopened as a hotel, and people who were employed there before it shut down recently returned to work, according to the union.

The hotel unions actually supported the program specifically because they saw it as aimed at non-union hotels that offer the same services at a lower price. Having non-union owners sell would be away of doing away with the competition. But the non-union hotels tend to be smaller and further out which means the locations aren’t as good and the price per room to redevelop them wouldn’t benefit as much from economies of scale.

There’s also another problem. Some of the hotels that might have been converted to low-income housing are currently full of homeless people.

The city is once again using hotels as homeless shelters — further limiting the pool of hotels that could be turned into permanent housing.

“Now those hotel owners have another use and therefore aren’t in a position where they need to sell immediately, they have revenue coming in from the city,” Stein noted.

From the owner’s perspective, why sell when they can count on an endless stream of money from the city? Unless the city runs out of homeless people or money, this seems like an easy way to fill rooms and generate revenue.

And as you’ve probably heard, New York’s shelters have been filled to the brim thanks to busloads full of migrants coming from Texas. Last week Mayor Adams said the city was reaching a “breaking point.”

“In this new and unforeseen reality, where we expect thousands more to arrive every week going forward, the city’s system is nearing its breaking point,” Adams said in a statement. “As a result, the city’s prior practices, which never contemplated the busing of thousands of people into New York City, must be reassessed.”

New York City is among the few cities in the country with a right-to-shelter law, a progressive landmark ruling won by activists in 1979 that seeks to ensure that anyone in need of a bed in a shelter receives one.

Asked if the mayor was referring to the right-to-shelter law, Fabien Levy, the mayor’s press secretary, said, “Every New Yorker has a right to shelter. We are not disputing that.”

Today the NY Times reports Mayor Adams is considering a new idea to house all of the new arrivals:

As New York struggles to find housing for a wave of migrants, Mayor Eric Adams is seriously considering housing them on cruise ships — a proposal that homeless advocates have called insulting and alienating.

Mr. Adams defended the idea on Monday and said the city was looking for “creative ways” to address a “humanitarian crisis.” He said the city would make an announcement once the plans were finalized.

“We’re not going to leave any stone unturned,” he told reporters on Monday. The Adams administration has been working behind the scenes on the plan to use cruise ships — an idea that former Mayor Michael R. Bloomberg considered in 2002 when he struggled to respond to a homelessness crisis, and that advocates for the homeless opposed at the time.

All of that to say, the need for homeless housing is way up so the chances that these hotels housing them will be empty anytime soon seems very slim. The city claims there are still “multiple sites” in the early stages of re-development as low-income housing but, again, so far the number of new apartments created by this program with $200 million worth of funding is zero.