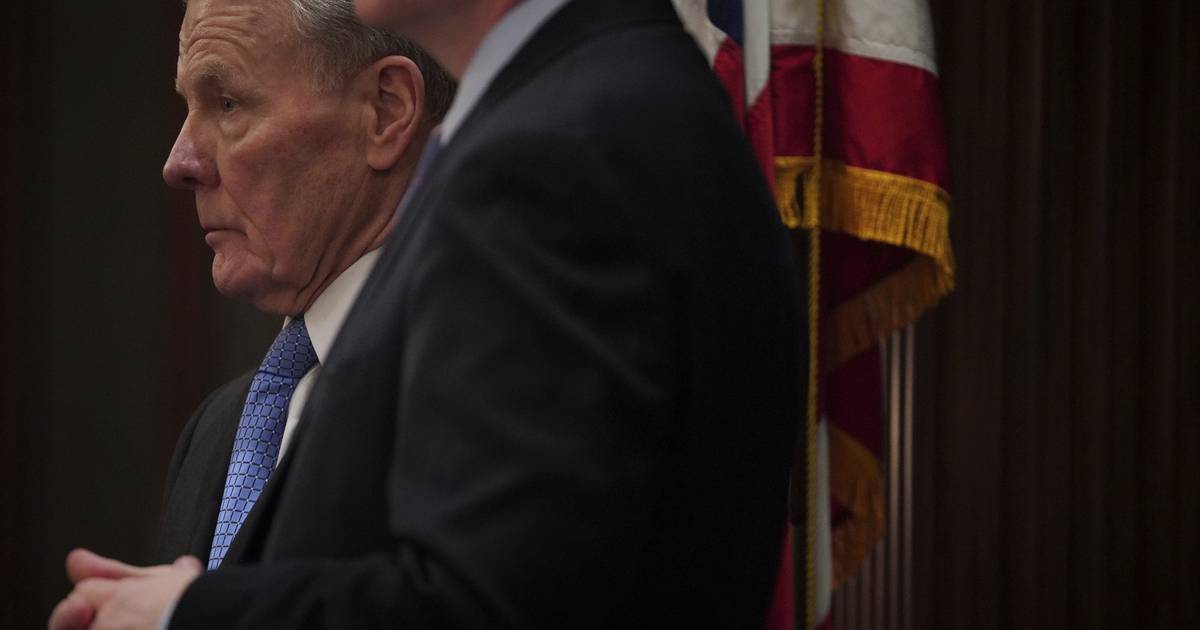 A newly unsealed search warrant in the ComEd bribery probe centered on former House Speaker Michael Madigan provides the greatest detail yet about an alleged behind-the-scenes effort to kill an energy bill supported by Madigan’s daughter, the then-Illinois attorney general.

“We got — we’ve gotta kill it. Period,” Madigan’s longtime confidant, Michael McClain, allegedly told ComEd CEO Anne Pramaggiore in a recorded call in May 2018. “The problem is, any day now, the budget is gonna suck all the oxygen out of the building … and the members won’t be paying any attention to our lobbyists … and Lisa Madigan’s gonna walk in and say, ‘This is my legacy legislation, please vote for me.’ “

The conversation was detailed in an FBI affidavit filed in January 2019 in support of a search warrant for the City Club of Chicago headquarters on North Michigan Avenue.

A redacted version of the 94-page affidavit, unsealed in U.S. District Court late Thursday, provided the greatest detail yet about one of the most intriguing chapters of the federal indictment filed against Madigan and McClain in March.

According to the charges, Madigan quietly greenlighted efforts to kill his own daughter’s legislation as he pressed ComEd to give jobs to two political allies, including a coveted position on the utility’s board of directors.

At the time, the legislation, aimed at helping help low-income electricity customers, was making its way to the floor of an Illinois House chamber tightly controlled by Speaker Madigan. One of its primary opponents was ComEd, the state’s largest electric utility.

The May 2018 phone call described in the affidavit took place as the spring legislative session was winding down. That same day, McClain had emailed Pramaggiore and other ComEd employees to say, “a friend of ours” — which federal authorities say was a code phrase used for the speaker — had authorized McClain to “go ahead and kill it,” meaning Lisa Madigan’s legislation, according to the indictment.

In the follow-up phone call, Pramaggiore told McClain that she’d warned Fidel Marquez, the top ComEd official overseeing lobbyists, that, “If this bill passes, you’re probably gonna have to fight for your life here at ComEd cause I’m out,” according to the affidavit.

At the time, Pramaggiore was moving to a higher position with ComEd’s parent company, Exelon, and she said her successor would like to “come in and completely replace you guys with his people.”

Later, McClain made an “emergency” call warning several ComEd officials, including Marquez that the Lisa Madigan bill “has substantial legs,” meaning it had momentum to pass the legislature.

As Attorney General Madigan negotiated with ComEd, prosecutors alleged in the ex-speaker’s indictment, her father was trying to get the utility to OK two deals for his political allies: Have Juan Ochoa, former chief of the Metropolitan Pier and Exposition Authority, named to the utility’s board of directors, and get a $5,000-a-month contract for former Chicago Ald. Michael Zalewski, 23rd.

The speaker eventually got what he wanted: Paramaggiore got Ochoa appointed to the board following Madigan’s persistence, and Zalewski was also signed up, according to the charges.

And the bill Lisa Madigan supported stalled in the House.

Madigan, 80, dethroned from the speakership in January 2021, was indicted in March by a federal grand jury on racketeering charges alleging his elected office and political operation were a criminal enterprise that provided personal financial rewards for him and his associates.

Also charged was McClain, 74, of downstate Quincy, who is a former legislator and lobbyist whose connections to Madigan go back to their time in the General Assembly together in the 1970s.

McClain is also facing a separate indictment along with Pramaggiore, ex-ComEd lobbyist John Hooker, and former City Club of Chicago head Jay Doherty alleging they orchestrated a scheme to funnel jobs and hundreds of thousands of dollars in payments from ComEd to Madigan-approved consultants.

All of the defendants have pleaded not guilty.

The search warrant affidavit is one of several that are being unsealed as the September trial of McClain and the other three ComEd defendants nears.

Much of the details in the document have already been revealed in other court filings. But the affidavit does include some new information about conversations between McClain and his alleged co-conspirators that lays out their political worldview in stark terms.

In one recorded call from May 23, 2018, for example, McClain was quoted allegedly telling Michael Madigan’s son, Andrew, that he was frustrated by people complaining about being pressured to hire someone else as part of the state’s entrenched pay-to-play system.

“That’s what happens when you’re in the game,” McClain was quoted in the affidavit as saying. “And you never know maybe someday you can ask for a favor. I mean, that’s how the sys(tem), it is, you can’t be offended with that. Oh, so you got pressure too? Are you kidding me?”

Later in the same call, McClain continued his diatribe, saying, “I just love these people.”

“They’re in a regulatory body, right?” McClain said, according to the affidavit. “And they are offended when people ask for favors. Hello? Dumb (expletive)s.”

Andrew Madigan has not been charged with wrongdoing. But the indictment against his father alleged that in August 2018, the then-House speaker asked Ald. Daniel Solis to help steer insurance business to Andrew during a meeting about the alderman’s potential appointment to a lucrative state board.

As part of a deferred prosecution agreement with the U.S. attorney’s office, ComEd admitted adding Madigan cronies to its payroll, hiring numerous summer interns from the 13th Ward, and installing Ochoa on the company’s board of directors, all in an attempt to win the speaker’s support for legislation in Springfield. As part of the deal, ComEd has paid a record $200 million fine and agreed to cooperate in exchange for bribery charges being dropped after three years.

Madigan, meanwhile, has vigorously defended making job recommendations, both before and after his indictment. Not only is “helping people find jobs not a crime,” Madigan wrote in 2020 to a legislative panel, it’s not even “ethically improper” for politicians to make job recommendations.

“To the contrary, I believe that it is part of my duties as a community and political leader to help good people find work — from potential executives to college interns, and more,” wrote Madigan. “What an employer chooses to do with that recommendation rests solely with their discretion.”