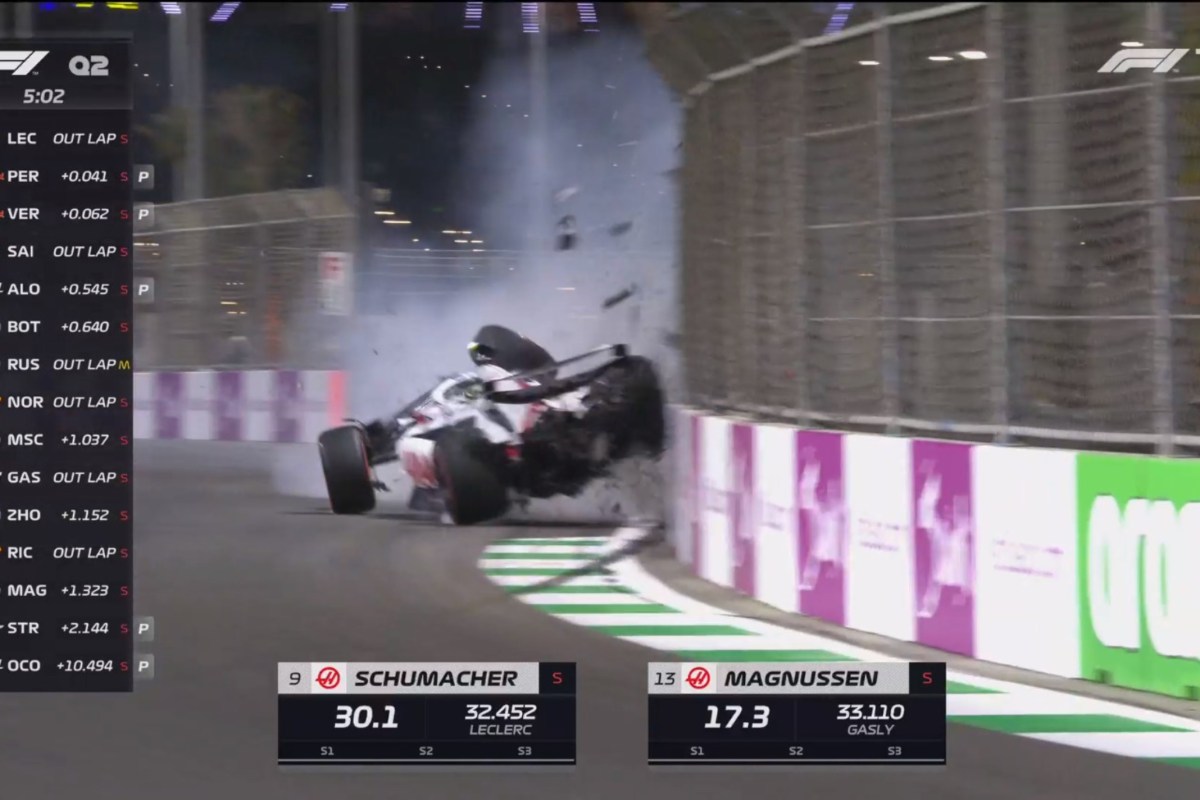 Mick Schumacher was left needing medical care after a horrifying crash during qualifying for the Saudi Arabia Grand Prix.

Schumacher’s Haas was torn to pieces by the wall at turn 12 of the Jeddah Corniche circuit, with the German requiring medical care.

A red flag has been issued following Mick Schumacher’s crash and they’re working to clear the track of debris.

We understand that Mick is conscious, out of the car and currently on his way to the medical centre 🙏 pic.twitter.com/Dvxtpgux5I

Turn 12 had already claimed Formula 2 driver Cem Bolukbasi during practice for the feeder series, with the Turk being ruled out of the race weekend due to a concussion.

And now Schumacher has been punished by the fastest street circuit in F1, and had to leave the scene in an ambulance, but was thankfully conscious.

Not long later, Haas tweeted: “We’ve heard that Mick is conscious, out of the car and currently on his way to the medical centre.”