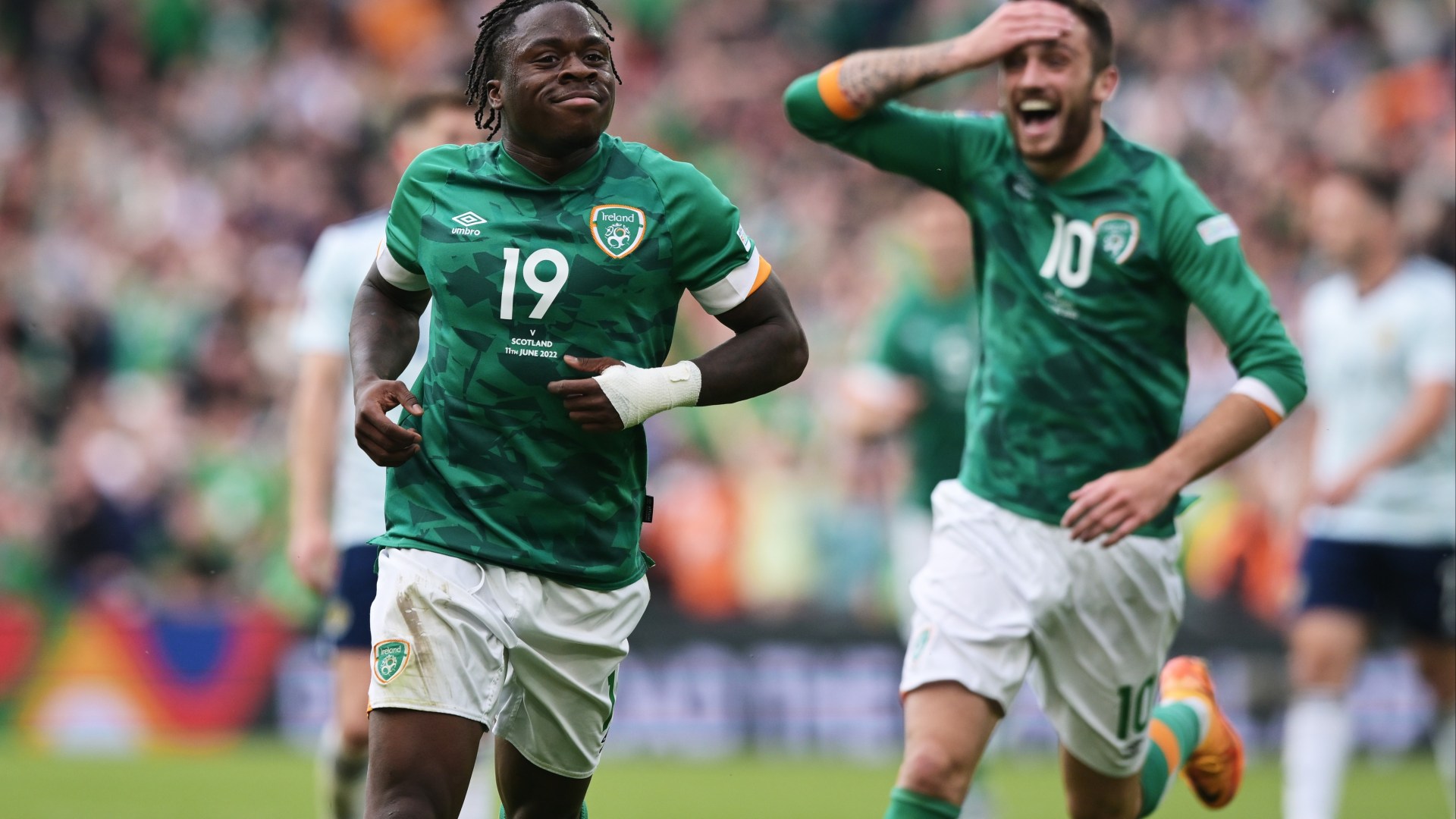 Michael Obafemi and Tottenham starlet Troy Parrott inspired the Republic Of Ireland to a 3-0 victory over Scotland to get their UEFA Nations League campaign up and running on Saturday.

Stephen Kenny’s side fell to back-to-back defeats against Ukraine and Armenia within the last week, but bounced back in spectacular style with an emphatic win at the Aviva Stadium.

After an even start to the match it was the hosts who claimed a scrappy opener as Alan Browne converted from close range following a corner routine that found Shane Duffy before the midfielder slotted home.

That goal clearly inspired confidence in the Irish side and just seven minutes later they doubled their lead as Obafemi lofted a ball over the top of a static Scotland defence to find Parrott.

The 20-year-old Spurs man latched on to the perfectly weighted ball before heading past Craig Gordon.

Scotland had their moments in the first half as both John McGinn and Andy Robertson tried to carve out an opening, but a lack of quality from Steve Clarke’s side ensured that the scores were level going in at the break.

Chelsea’s Billy Gilmour was introduced at the break to try and claim a bit more control for Scotland, but the game was put to bed just five minutes into the second half with an absolute scorcher.

Losing the ball in their own half, Parrott turned provider as he played a ball to Swansea City forward Obafemi who let the ball run across his body before firing a wonderful right-footed effort into the top corner of the net from all of 25 yards.

The 21-year-old left Premier League side Southampton for more regular first team opportunities last summer and managed 12 goals in 32 appearances for the Swans in the Championship.

With such a stunning effort coming in his first start for the Republic Of Ireland, it won’t take long for clubs in the Premier League to start sniffing around his services.

Scotland showed little in the way of intent to find a way back into the match following Obafemi’s effort, with much of the second half being pretty comfortable for a newly-confident Ireland side.

With a clash with Ukraine coming up on Tuesday, the hope for Kenny’s side will be that they can propel their Nations League campaign with another victory, while for Scotland, a clash with Armenia offers the perfect chance to bounce back.