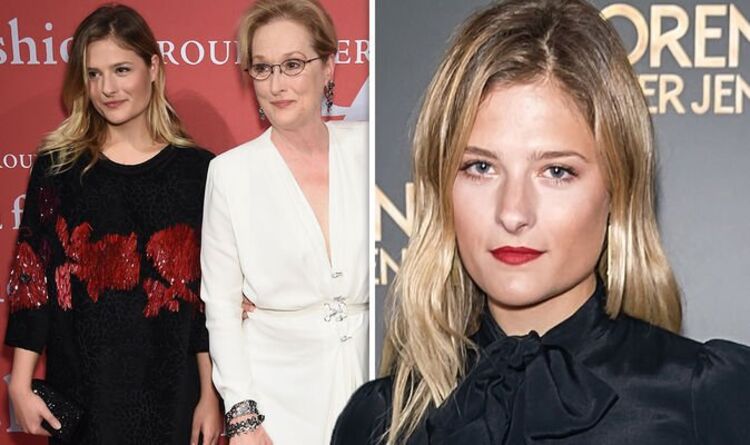 Meryl Streep’s youngest daughter Louisa Jacobson, 30, appeared as a celebrity guest on the Reign with Josh Smith podcast, which focuses on obstacles in life and how to overcome them, to speak about her radical career change. Louisa’s father is sculptor Don Gummer.

Louisa plays Marian Brook in The Gilded Age, but initially pursued a career in advertising as a way to push back against expectations she would become an acclaimed actress like her mother.

The 30-year-old opened up about her career choices and how they were influenced by her famous family when she chatted to Josh Smith.

She said: “I was working after I graduated college. I come from a family of artists and so as the youngest, I was like, ‘I’m going to rebel and try out a normal life’ and I worked in an advertising agency for two years and I loved it.

“I loved working in an office and having a salary and health insurance and, for many other reasons I loved it, but it wasn’t what I wanted to do.”

READ MORE: Rylan told to ‘grow up’ and stop ‘mincing about’ amid Ukraine crisis

Despite “loving” working in the advertising agency, Louisa was destined for Hollywood.

Louisa had been acting from a very young age and wanted to express her creativity, even if it meant auditioning for roles in her lunch breaks.

She said: “I knew that I had always been interested in acting from a very young age and I pursued it all through middle high school and a little bit in college.

And then after two years of working in an Ad agency, I just felt like I was stifling something inside of me.

“I felt like I was surrounded by many mums – I had Christine Baranski, Cynthia Nixon, Jeanne Tripplehorn, Kelli O’Hara.

“I was surrounded by surrogate mothers.

“And I realised that they had all had their first times at one point in their careers, switching from theatre to TV and film.

“So hearing their stories about that was super helpful for me.”